Aaron McKie, an eight-year Sixers alum, is preparing for the start of the season on November 5th. 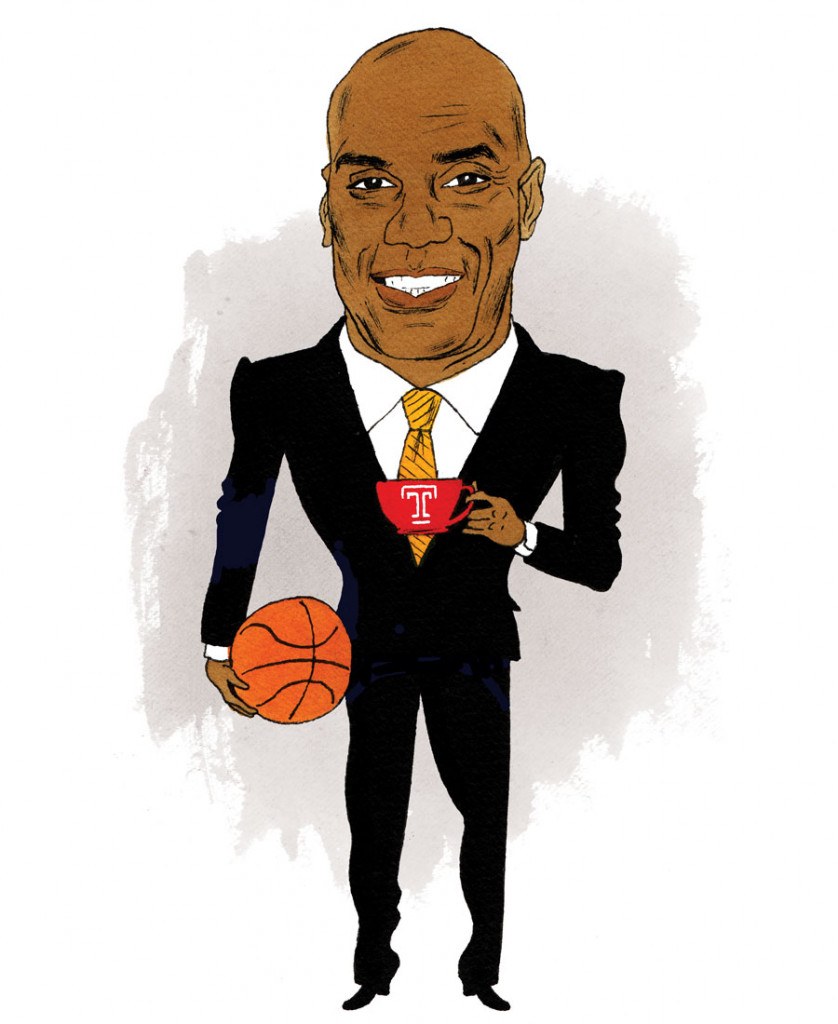 My full name is … Aaron Fitzgerald McKie. I actually don’t know where the “Fitzgerald” came from. Maybe Kennedy?

I grew up in … North Philadelphia.

These days, I live in … Gladwyne.

My favorite teacher was … Marsha Pincus, my English teacher at Simon Gratz High School. Well, we called her Miss Pincus, of course. She held me accountable every day. And once, she forced me to go see a play. I really didn’t want to go. But I went. And I loved it. That play was Fences, by August Wilson.

Fran Dunphy’s legacy at Temple is … something hard to put into words. The way he treated people — he is a quality person and good human being.

My parents taught me … discipline, values and morals.

The best basketball movie of all time is … He Got Game, the story of Ray Allen, told by Spike Lee. You have this great basketball player who has all of these capitalistic things happening around him without his knowledge and people taking advantage of him ­— as happens so often in the NCAA today.

The biggest difference between Temple now vs. when I graduated in 1994 is … that everybody has their own space. When I was there, we had to share gyms, training rooms and locker rooms with everybody else.

The last book I read was … Hard Hat, by Jon Gordon. It’s an inspirational book about the 21 ways you can be a great teammate. I just read it with my team.

If I were mayor, I would … clean up this crime that’s going on.

I am always telling my four kids to … give their all and take nothing. Be selfless, not selfish.

Playing with Allen Iverson was … awesome. He was entertaining, he was electric, and we have been great friends. Traveling with him was like traveling with a rock star. I got to see it all.

The furthest I’ve been from Philadelphia is … Dubai or Bali, whichever is farther. Well, or Japan.

The most famous person I’ve met is … Muhammad Ali, at a charity event A.I. had. He was one of my main heroes growing up.

One basketball rule I’d love to change is … I want the college rules to be the same as the NBA rules. There are so many different rules between the two.

If I could play one-on-one with anybody, it would be … Michael Jordan. Greatest of all time.

On Sunday mornings, you’ll find me … taking my three boys to basketball practice.

When I want to relax … I watch golf. And I golf at Squires Golf Club in Ambler.

People would be surprised to know that … I am quiet. In sports and entertainment, you are forced to socialize, but I am quiet by nature.

If you’re wondering why the owl is the symbol for Temple … when the school was put together, there were many students who had to work during the day and were only available at night, so it became the school for the night owls, and it just stuck.

I like to collect … mugs from the places I travel to. I have many mugs.

My biggest phobia is … snakes. Not that you grow up with snakes in the inner city, but that serpentine type of look they have just creeps me out. Always.

Published as “One of Us: Aaron McKie” in the November 2019 issue of Philadelphia magazine.