No Matter How Many Games It Wins, Temple Shouldn’t Build a Football Stadium

If Temple wants to build something that will help attract more students, Temple can begin by building a more understanding and respectful relationship with its neighbors. 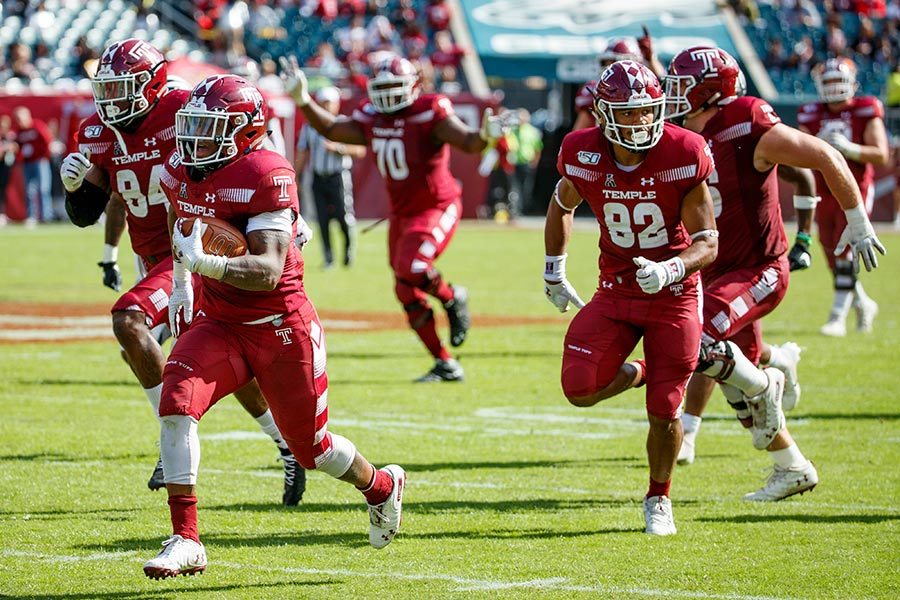 Last year, Philadelphia magazine asked: “Has Temple University Lost Its Way?” As a faculty member and a union official at the university, I worry the answer is “yes” when I read James Schultz’s recent misguided op-ed advocating for an on-campus football stadium and as members of the university’s board and others refuse to listen to the stakeholders — faculty, students, and neighbors — who have rejected this misbegotten idea.

Schultz writes that he is mystified that the project would be seen as bad for the surrounding neighborhood, exposing his lack of understanding of life on and around Main Campus. He does not seem to grasp how disruptive game days would be. He also seems to believe that the predominantly seasonal, low-wage jobs that will be created — many of which will not even go to community members, if the Liacouras Center is any guide — are something the community should thank its lucky stars for. How embarrassing, and insulting. All labor has value, but these are not the family-sustaining jobs that the community needs most.

The fact is, it’s not just the community that opposes the construction of an on-campus stadium. When surveyed, 58 percent of Temple students rejected the idea, with 30 percent in favor. The 2,800 faculty, librarians, and academic professionals represented by the Temple Association of University Professionals oppose the stadium 68 percent to 23 percent. The Faculty Senate passed a resolution that was supported by 375 and opposed by only 106. Those with the most significant stake in the quality of life on or around Main Campus, for living or working, know how detrimental this project would be.

Schultz is also wrong in stating that the University “has the right answers for traffic, trash and noise.” Shutting down 16th Street, the only unobstructed street leading downtown, will exponentially increase the disruptions that neighbors are already experiencing from gentrification, and Councilman Darrell Clarke is correct in refusing to close it.

It’s hard enough when the 10,200-seat Liacouras Center hosts an event. Imagine the following plan explained to faculty: Football game attendees will primarily park east of campus, walk to on-campus “tailgate parties” sponsored by the development departments of different colleges, after which they would cross Broad Street to see a game. Afterward, they’d cross Broad, 13th, 12th and 11th streets again to go back to their cars. Imagine what this will be like if the supporters’ vision of 30,000-plus attendees materializes. No additional parking lots are planned, so much of the parking would necessarily flow into the surrounding neighborhoods.

Schultz is saddened that the Eagles’ stadium creates a “bad look” for Temple football. Stadium opponents think it’s a bad look for the university to have such little respect and such poor relationships with our neighbors. It’s also a bad look for Temple to almost certainly have to spend our students’ tuition to pay down the debt and the operational costs of the venue — especially when we have so many students dropping out, crushed by rising student debt and when so many who manage to stay are food- and housing-insecure.

The administration told the Faculty Senate that debt service and operational costs would be approximately $4.5 million a year. This assumes that Temple would have to finance only $60 million of the cost, a number considerably less than what a stadium would actually cost minus fundraising. This expense is on top of the very mixed financial record of recently built college football stadia (see North Texas, UNC-Charlotte and Akron) and declining attendance for the sport overall, with Temple’s conference dropping 9 perent in the past four years. Then there’s the concern raised by many that football poses unique dangers to the brain. We await definitive conclusions on this question. But the data thus far are frightening, and committing hundreds of millions of dollars over decades to a sport that may be unavoidably subjecting our students to the horrors of chronic traumatic encephalopathy (CTE) adds to Temple’s financial and moral jeopardy.

If donors will step up to contribute more than $130 million for a stadium, they’ll step up for the millions the Owls pay per year to play at Lincoln Financial Field. Or we could band together to shame the Eagles into lowering the exorbitant fees the organization forces a public university to use a stadium built with public funds. (The Steelers are not so greedy with Pitt!) If filling a stadium is so important, issues around scheduling could be worked out with Penn to use Franklin Field. It would be less difficult and less expensive than moving forward with the false fantasy of what an on-campus stadium would do for Temple and its neighbors.

Temple isn’t Penn State; it shouldn’t try to be.

Temple’s strongest recruiting tool is its original mission, which includes valuing the Acres of Diamonds in our own backyard. If Temple wants to build something that will help attract more students to the university, including the too-few students from our surrounding zip codes, Temple can begin by building a more understanding and respectful relationship with its neighbors by announcing that it will no longer pursue this project. The board can decide to listen to its neighbors, faculty, and students. By doing so, it can make sure Temple doesn’t lose its way and instead moves toward the outcome the Board, the administration, faculty, the staff, the students, and our neighbors want — for Temple to flourish as it pursues its calling to better the world through teaching, research, and service.

Steve Newman is an associate professor of English at Temple University and president of the Temple Association of University Professionals. Opinions expressed are solely those of the author and do not represent official university policy.