Among those who will attend Monday’s candidates forum at the Free Library’s Marrero branch: Kendra Brooks and Nicolas O’Rourke, who are hoping to be the first ever third-party at-large councilmembers. 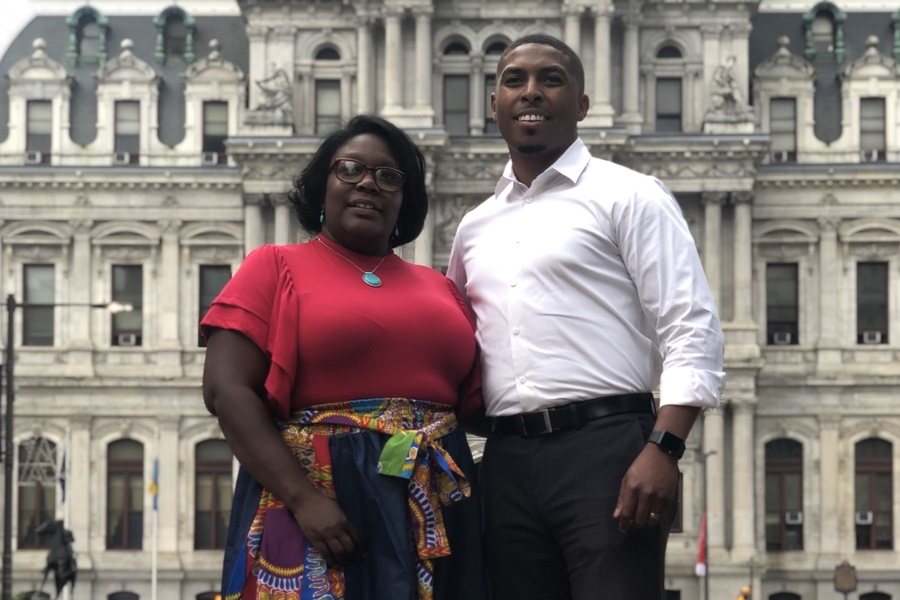 The general election for City Council at-large seats is normally uneventful. Typically it goes something like this: If you’re a Democrat, you vote for five Democrats. If you’re a Republican, you vote for five Republicans. And then, since the Council structure is set up to reserve two seats for members of the non-majority party, you invariably end up with five Democrats and two Republicans — which is, in fact, the current at-large distribution on Council, as it has been every year since the city’s current charter was established in 1952.

But things are looking different this year. After a typically hectic at-large primary that featured more than 30 candidates, there’s plenty of drama to spare in the general election. That’s in large part due to Kendra Brooks and Nicolas O’Rourke, two candidates from the progressive Working Families Party who are trying to disrupt the hold that Republicans have had on Council’s minority-party seats. Brooks and O’Rourke have both already out-fundraised their Republican opponents thanks to an active national PAC. Brooks, in particular, has been racking up the endorsements: from Elizabeth Warren, state Rep. Chris Rabb, and even her own Council at-large “opponent” Helen Gym.

O’Rourke and Brooks will be among the candidates to attend a forum at the Lillian Marrero branch of the Free Library at 6 p.m. on Monday. The others who have RSVPd: Allan Domb (Democratic Party), Bill Heeney (Republican Party), David Oh (Republican Party), Maj Toure (Libertarian Party),  Joe Cox (Independent), Clarc King (Independent) and Sherrie Cohen (A Better Council Party).

One question that will likely come up for O’Rourke and Brooks in particular: “Will voting for you hurt Democrats and help Republicans?”

The short answer to that is no. Here’s why: Most years, the Democratic at-large candidates receive about 140,000 votes; by comparison, the Republicans who secure the sixth and seventh seats get about 35,000 votes. So even if Democratic voters siphoned off, say, 40,000 votes from the same two Democrats and voted instead for the Working Families Party, those two Democrats would still have 100,000 votes to spare — which is about 65,000 more than Republicans usually get in the at-large race. Put another way: There’s virtually no chance that enough Democratic voters will jump ship to imperil the five Democratic safe seats..

That zero-sum narrative also obscures the fact that there’s another possible way a third-party member could end up on Council: by increasing voter turnout among independents. In recent years, there’s been a huge spike in registered independent and third-party voters in Philly, so much so that the constituency now outnumbers registered Republicans by more than 10,000.

Take the 2015 general election, where turnout was an embarrassing but not-unheard-of 25 percent, as an example. Among independent and third-party voters, turnout was even lower, at 11 percent. That means 93,000 voters stayed home. If we were to conservatively assume that 40 percent of those voters are ideologically liberal (it’s probably more, considering the general leftward tilt of Philly voters) then, suddenly, you have 37,200 votes. Which means a third-party candidate needs only to energize that segment of non-active voters to have a shot at disrupting the status quo that has prevailed since 1952..

So that’s all the more reason to get acquainted with the various candidates at Monday’s forum. Now you know the stakes. All that’s left is to figure out for whom you’re going to vote.