Philly taxpayers spent $48 million to settle legal disputes against the city in the 2019 fiscal year. The councilmember hopes a new bill will increase transparency and reduce future liability. 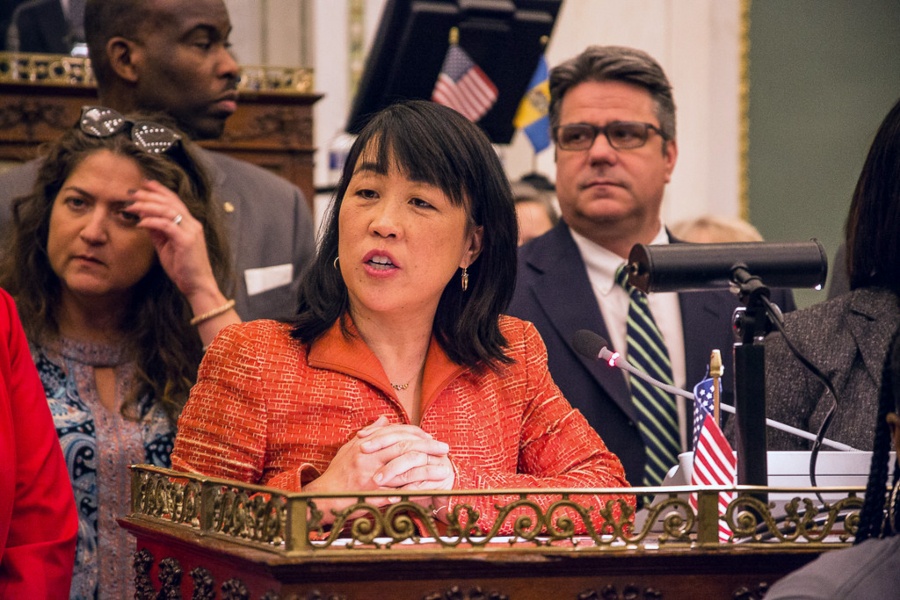 Information regarding those settlements is available — if you know where to look and how to file a formal Right to Know request (i.e. how to dig for it). But Gym wants to change that. The councilmember introduced a bill earlier this summer that would force the city to disclose all taxpayer settlements and judgements that exceed $20,000 — or include allegations of discrimination, harassment or employee misconduct, regardless of the amount of the payment.

The legislation, which is cosponsored by Councilmembers Curtis Jones and Kenyatta Johnson, would establish system of quarterly reporting and evaluation to “reduce future liability.” Publicly disclosed information would include the date the action or claim was filed; the agency, department, board or commission to which the case pertains; a brief description of the allegations; whether the resolution included a payment to the plaintiff by the city; and, if so, the amount of that payment.

We caught up with Gym to hear more about the bill, which is set for a committee hearing on Wednesday.

Are there any recent events that pushed you to introduce this legislation?
There’s been a lot of attention paid to the fact that Philadelphia has to allocate $48 million a year in settlements. They’re for all sorts of matters, but some have been recurrent, and I believe strongly that when dealing with public institutions and fixing these issues, you first have to shine a light on what’s happening. It’s not fair that settlements with taxpayer money on very serious matters are shrouded in secrecy. There should be transparency so we can ensure these things do not continue to happen. We’ve had occurrences of high-profile sexual harassment and serious issues of police misconduct, and we want to change the behaviors that allow those things to persist within departments. In order to do that, we have to give people a chance to know what’s happening with their money, and for [officials] to set out best practices or new training protocols that would prevent these things from recurring.

What sort of best practices or new training protocols do you hope this bill might bring about?
I’m not sure I’m ready to say right now. We do have laws in place that prohibit sexual harassment, but there are departments and divisions that may have a culture where it’s fairly rampant. And if that’s the case, then there might need to be a strengthening of oversight bodies, or the creation of them, that could more clearly address these things. We have a fairly new sexual harassment training ordinance, and I think we have to determine whether merely training people to not sexually harass their colleagues or their employees is enough, or whether we need to more clearly establish protocols for filing complaints and following up on them.

For example, almost one-third of the settlement money [in a given year] goes toward pedestrian-related accidents, and there might be a question about whether it makes more sense for the city to invest in street repairs versus incurring potential liability. But that’s an area where none of these things are public unless someone requests that information. It’s not automatically disclosed, so it’s hard to understand what these settlements are allocated toward, if they’re preventative in any way, and what the city can do to make sure we reduce similarly related claims in the future.

You brought up the new sexual harassment prevention training program, which the mayor signed into effect on the day that Controller Rebecca Rhynhart’s office blasted the city over lax prevention and reporting procedures last year. Are you satisfied with the city’s progress in regard to training?
The controller’s report brought important insight, and we should be interested in hearing how to improve things. Part of the disclosure [aspect of the bill] is about recognizing that human behavior doesn’t change: We have to set clear normative behaviors that may be different from what people think are their normative behaviors, and that can happen with disclosure and accountability as much as it does with training.  Training alone may not deal with persistent behaviors that have been long ingrained within the culture or an individual department or agency — it has to go hand-in-hand with things like transparency.

Should there be a threshold for how serious an accusation is to warrant public disclosure?
No. It’s taxpayer money regardless. It’s a settlement. For me, any case of harassment, discrimination, misconduct or abuse is serious. It’s certainly serious for any individual who suffered, and it’s serious for taxpayers who have to pay public dollars that could go toward schools, transit or something else. One of the more sinister aspects about harassment is that it becomes very normative, and so there can be escalating behaviors. Part of what we’re trying to identify is a pattern: You want to be thoughtful about recurring behavior, not behavior that’s so outlandish that it shocks people. I think we do ourselves a disservice if we think the only behaviors worth paying attention to are the most outlandish, when in fact it’s persistent behaviors that point to problematic cultures or lack of oversight or a failure of training that would allow us to prevent more egregious behaviors down the road. We’re actually eliminating the threshold — we’re hoping to require that all settlements be disclosed.

Is that in the bill?
No, it’s likely going to be in an amendment we propose on Wednesday.

Are you expecting this bill to encounter any obstacles? Or have other Council members expressed support?
I haven’t heard of any pushback at all. This is very much in the vein of where I think the city wants to go and should be going anyway — this is what would be public information if the media were to require it. We’re making this accessible rather than forcing people to go hunt for it. It’s not impeding on anybody’s right to privacy, because it’s in public records. What else we are making sure we do is that we take care to protect victims, especially victims of assault — and their names. But it’s hard to argue, in my mind, with transparency and disclosure and creating an environment and ethos where people strive to do better. I think that’s a unifying agenda.

Where else should this money be going?
Anything and everything is better than having one of our own citizens get injured or feel mistreated at the hands of the city. When it comes to sidewalk injuries, I’d rather see investments in city neighborhoods than incurred settlements and liabilities. I’d rather increase police and community relationships than spend money on police misconduct. I’d rather have a more feminist, LGBTQ-friendly city than have employees feel like they have to endure harassment. Every dollar we don’t spend on taxpayer settlements is a dollar well spent on a healthy city and a more inclusive city for everybody.