You don’t have to be. Here’s what you need to know about the Philadelphia Fringe Festival and the concurrent Free Fringe Philly Festival, which have absolutely nothing to do with each other. 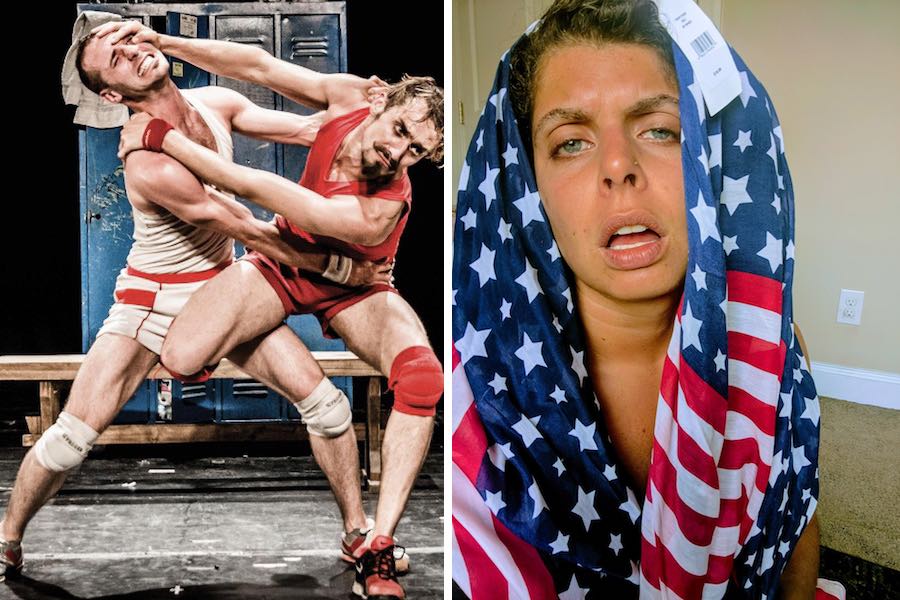 Well, as we first told you in July, some local theater talents decided to launch Free Fringe Philly because they felt that the Fringe Festival wasn’t accessible enough to artists and audiences alike.

And so, Free Fringe Philly was born. There are no registration fees for artists. Performers cannot charge admission. Instead, they are to rely on pass-the-hat donations.

There are dozens of Free Fringe Philly events and happenings. The venues include a living room, a secret location that isn’t revealed until the last minute, a park, bars, and a bridge. You get the idea. (Full disclosure: I am organizing a one-day concert event that is part of Free Fringe Philly.)

Sarah Knittel, a 32-year-old South Philadelphia performer, says that it would have cost her as much as $1,000 to do a show in this year’s Fringe Festival, so she opted for Free Fringe Philly, which she also helped organize.

“We’ve been getting really bummed out over how ‘fringe’ in this town has started to feel really exclusive and unaffordable,” Knittel, whose upcoming Free Fringe Philly show is, er, Ben Franklin Sex Party, told us in July. “So we’re going to take fringe back to the people and Robin Hood it a bit.”

Nick Stuccio, the president and producing director of the organization that presents the Fringe Festival, says he thinks that having Free Fringe Philly around is a good thing.

And running wild with it they are.

On Thursday night, Free Fringe Philly organizer and performer Betty Smithsonian (her stage name) took to Rittenhouse Square, performing as a witch in her one-woman show Bon Bon Jovie in The Park.

“It started out as a small circle, and I realized I needed everybody in the park with me,” says Smithsonian. “So I just started screaming so loud to get other people. I thought I was going to get arrested. Eventually, I had 100 people or more all chanting ‘poopie pants magoo’ to get rid of all the hatred in the city. People were so happy. Cracking up. It was the most fun I had all year.”

Here’s some video of her performance:

As for Free Fringe Philly itself, Smithsonian already declares it a success.

“Clearly, this is what the people wanted,” she observes. “Our goal was to get 25 folks making stuff. We have 75 artists participating. And it’s been amazing the number of businesses that have reached out with offers to let performers use their venues. The market has responded. People have made this what it is. The spirit is contagious.”

My advice? See as much of the Philadelphia Fringe Festival and Free Fringe Philly as you can. I mean, how can you not go see something called Ben Franklin Sex Party?

For tickets and schedules for the Philadelphia Fringe Festival, go here.

And to find out what’s happening with Free Fringe Philly, check out their very DIY website here. Just remember to put some money in the hat.