Guys, if you can’t stand the heat, let a woman in the kitchen. 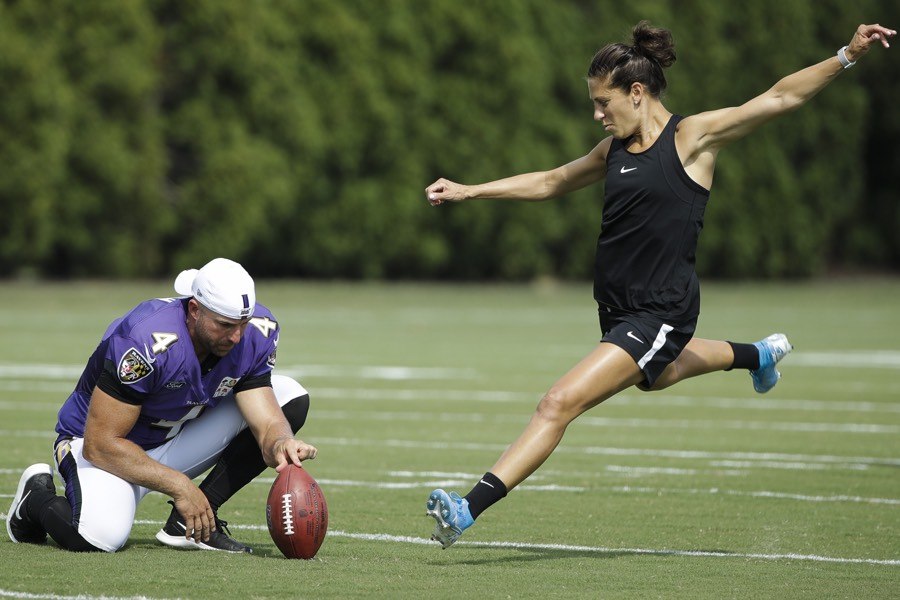 We’ve long been of the opinion that the most fraught position in all of pro sports is that of field-goal kicker. Don’t agree? Here’s one more look at Cody Parkey’s infamous five-seconds-left double doink in the Eagles’ wild-card win against the Bears last year. (It’s in seventh place on Football Perspective’s list of “The 10 Most Heartbreaking Postseason Missed Field Goals since 1990,” in case you’re wondering.) And what does all that pressure and those many, many sleepless nights get you? Online snark like, “It feels so wrong for a team’s season to end because of a mistake by a guy who barely qualifies as a football player.” Oh-kay. Which is why we’re so excited to learn that U.S. Women’s Soccer star Carli Lloyd, who nailed a 55-yarder at the joint Ravens-Eagles practice for their preseason game, has since gotten inquiries from multiple NFL teams regarding her availability to suit up for the forthcoming season. That’s according to her longtime trainer, James Galanis; Philly Mag’s Richard Rys profiled the pair (she’s a native of Delran) a few years back. Distaff college kickers are a dime a dozen these days, but Lloyd, if she decides to go for it, would be the first female NFL pro. Just for a sense of perspective, the Eagles’ Jake Elliott, the shortest current kicker in the big leagues, is five-foot-nine and 168 pounds; Lloyd is five-seven and 141.

Why in God’s name would Lloyd, who’s 37, want to open herself up to the troglodytic scurrility sure to greet whatever intrepid female first breaches the NFL’s gender barrier? Well, for one thing, she ain’t scared of nobody. For another, Jake Elliott makes $465,000 a year.