Three employees of color at the Old Navy in Center City say that they and other black and brown co-workers were kept out of sight while the cameras were rolling. The retailer says that's “completely inaccurate.” 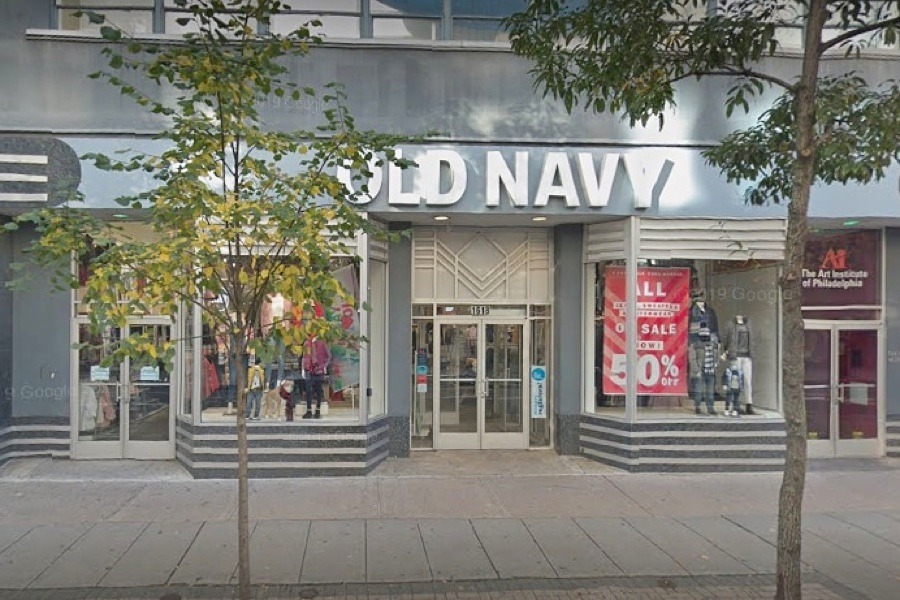 Three employees of color at the Old Navy in Center City claim that they and other black and brown co-workers were told to keep out of sight while an all-white crew brought in from suburban locations of the national retailer worked the sales floor during an in-store taping of the hit Netflix show Queer Eye last week.

The allegations first surfaced on Wednesday, August 21st, when Monae Alvarado, a Cambodian woman who has worked at the 1618 Chestnut Street location for more than a year, posted on Facebook about her experience in the store that day.

According to Alvarado and two other store employees who were present, approximately 10 white Old Navy employees from other locations participated in the taping of a segment for Queer Eye, which is shooting its fifth season in the city.

“I was told to go to the back of the store by [Old Navy managers] involved with the production,” Alvarado, a ship-to-store lead, told Philadelphia magazine. “About six of my fellow co-workers were there, and we were shooed away from the camera as they filmed with these outside employees, who came from West Chester, Mount Pocono, and New Jersey. It immediately seemed odd to me that they were being used to tape at our store location when we already have a diverse group of workers who had been preparing for Queer Eye to come for nearly a week.”

“Most of us worked additional overnights to make the store look top-notch,” said another Old Navy employee of color, who asked not to be named. “Corporate brought in new clothes, signs, and repainted parts of the store. We had to hide all tags under clothes and fold everything a certain way to make the place look spotless.

“We were under the impression from our managers that we would be filmed and to remain professional. I was super-excited up until the day of and a random group of white folks came in to replace us at our own store.”

“I felt the racism the moment I was being told by managers to go to sections of the store that I usually don’t work around,” a third Center City Old Navy employee of color said. “It became clear that we weren’t going to be filmed because we hadn’t been asked to sign consent forms, and they made it a point to keep us as far away from the cameras as possible. Most of the staff and managers at our store location are black.”

“At Old Navy, we celebrate the diversity of our teams and our customers and foster an environment of inclusion and belonging. We were proud to work with The Queer Eye show to film at our store in Philadelphia and to feature our local store manager on camera. We also worked with additional employees in the area to help ensure the store ran seamlessly for customers, as the location was open for business during filming, and we expect they may appear in background shots. These individuals are reflective of our diverse employee population. We would never select employees to participate – or not – based on race. That is completely inaccurate and against the values we stand for as a company.”

After Alvarado’s post began to garner attention over the weekend, social media comments questioned whether the decision about the staffing was a call made by Queer Eye producers or Old Navy itself.

@OldNavy Please explain what happened during the filming of “Queer eye” in Center City Philadelphia not wanting your black employees to be seen but had white employees from the suburbs fill in. #Notright

#OldNavy forced POC workers from the floor and kept them out of sight for a #QueerEye taping. They spent all night preparing the store, only to be told to sit in the back during filming the next day. @QueerEye @OldNavy @netflix #racism #Discrimination #Hollywood #Netflix pic.twitter.com/xGcEBnJLF4

What's most shocking to me about #OldNavy bringing in white people to replace its Black employees for #QueerEye is that they either thought no one would say anything or that they wouldn't face consequences. Fans need to make SURE there are consequences.

According to sources closely connected to the production, neither Netflix nor Queer Eye production personnel had given any direction to Old Navy about staff to have in the store during the taping.

Queer Eye cast member Tan France, who was on set on the 21st, made a similar statement in a comment under Alvarado’s viral post on Monday afternoon.

“I don’t know what happened behind the scenes, or overnight, but what I can tell you is that there [is] no way I would ever have allowed production to move POC [people of color] to the back,” France wrote. “I should also mention that I had one person join me on camera, from Old Navy. She was African American. This is the last I will say on this matter.” (France later confirmed that he wrote the Facebook comment by reposting a screenshot of his response on his verified Instagram account.)

“During the filming of Queer Eye season 5, the production team filmed in a Philadelphia-based Old Navy last Wednesday, August 21,” a spokesperson for Netflix said in an email to Philadelphia magazine. “Production featured one employee from the retail store, an African American woman, in the segment.”

“That doesn’t explain the need to bring in additional white staffers to be in the background of our store,” one of the Center City Old Navy employees told Philadelphia magazine in response to Netflix’s statement. “Having one black person featured on the show when most of us already work there full time is a slap in the face. They would all be better off saying they didn’t want a bunch of black people on their show because they thought it would be ghetto. I’ve seen Queer Eye — they don’t have too many of us on there like that.”