With 36 Hours of Woodstock, WXPN Leads an Aural Trip to the ’60s

In honor of the Woodstock 50th anniversary, WXPN will broadcast four days' worth of audio from the festival, timed to line up with the set times of the original performers. 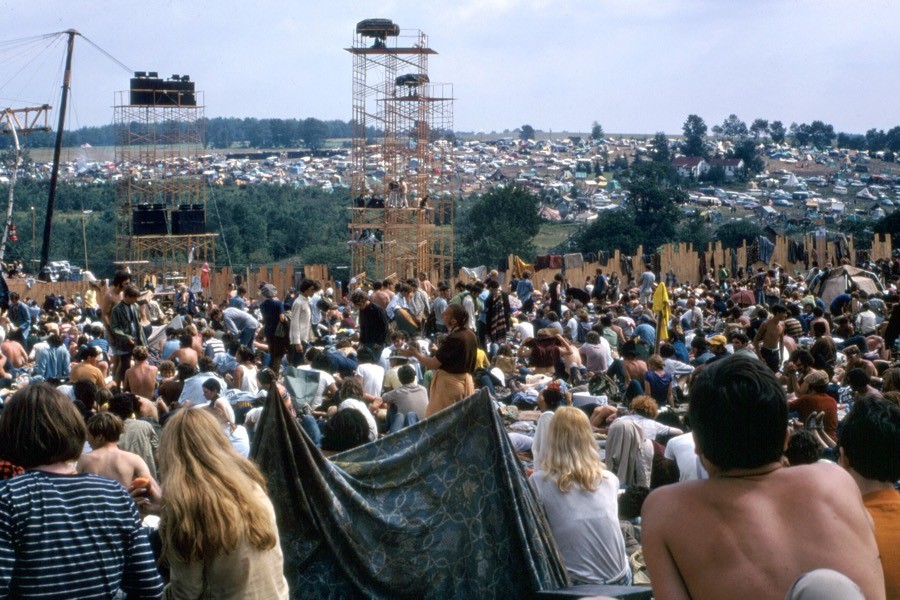 The attempted reincarnation of the Woodstock music festival for its 50th anniversary was officially abandoned in late July, after a failed last-ditch proposal by festival organizers to move the concert from upstate New York to Maryland. Maybe it was for the best. Woodstock in Maryland would have been sacrilege indeed. But maybe the entire act of an anniversary concert was its own sort of sacrilege, too. If, as the New Yorker writer Hua Hsu recently wrote, Woodstock was a “glorious accident,” then it was folly to try to re-create it in the first place.

Even without that grand festival (and its planned $450 entrance fee), though, there are still options for people — whether they’re lapsed hippies or young people cursing the ill-timed circumstances of their birth. The original farm in Bethel, New York, is hosting a smaller set of concerts, including one by original Woodstock performer Carlos Santana.

And then there’s a nostalgia trip even closer to home: From Thursday at 5:07 p.m. through Sunday morning, local radio station WXPN is broadcasting more than 30 hours of archival audio from the original concert, timed to correspond to the performances exactly when they would have taken place 50 years ago.

This feat of radio marathoning is only possible thanks to a new album release titled Woodstock — Back to the Garden: The Definitive 50th Anniversary Archive. The 36-hour, 38-CD, $799.98 collection (which of course sold out) compiles virtually every second of audio there was to be heard at Woodstock — from the opening notes of Richie Havens’s set on August 15th, to the pattering rain delays, to the blissful stage announcements of marriage proposals and a childbirth, to Jimi Hendrix’s famed closing rendition of the Star Spangled Banner four days later on August 18th.

When WXPN music director Dan Reed heard about the box set release, he thought to himself, “Man, a minute-by minute rebroadcast of the concert exactly as happened 50 years ago would be pretty cool idea.” He connected with the record label behind the box set, which also thought it was groovy. And so WXPN got the exclusive rights to broadcast Woodstock’s four-day musical odyssey.

There will, however, be the occasional break in WXPN’s Woodstock nostalgia for some regularly scheduled programming. Longtime host David Dye will present a special Woodstock set of tunes on August 17th from 10 a.m. to 2 p.m. — a window that corresponds to a four-hour break in the music, on day three of the festival, between the sets of Jefferson Airplane and Joe Cocker. Reed says he and his team have scoured the full 36 hours of audio to find moments they could cut out for the occasional present-day interlude. “There was lot of mundane stuff,” Reed says, “even at Woodstock.”

But there’s no question that the intriguing outweighs the mundane. In fact, many of the most illuminating moments are buried within seemingly mundane ones like stage announcements. “That’s as interesting to me as lot of music is,” Reed says. “They talk about the news, what’s going down, they talk about politics, fashion, everything.” Somehow, despite the specter of the Vietnam War and the multiple assassinations of 1968, there remained a sense of optimism in the crowd. “There was a sweetness about that event, a cool hippy naïveté that doesn’t exist anymore,” Reed says. “We’re all too cynical.”

You might expect an anniversary — especially one celebrating the nostalgic cultural force that is Woodstock — to be a rose-tinted remembrance. Many of the previous efforts to memorialize the festival, like Michael Wadleigh’s 1970s Woodstock documentary that sliced and scattered chronology in the name of emotional heft, were indeed just that. Those works are what define our collective memory of Woodstock. As Reed says, “It’s the artifacts, not the actual event, that most of us remember.”

WXPN’s broadcast figures to be closer to the actual event. Its tools are simple: plain, incontrovertible, chronological audio. A full 36 hours of the sounds people really heard at Woodstock — one suspects that will end up a much more faithful tribute than any Woodstock 50th anniversary festival could ever be.