The president’s comments after the Dayton and El Paso mass shootings were outrageous and discriminatory to millions. It’s time for me to speak out. 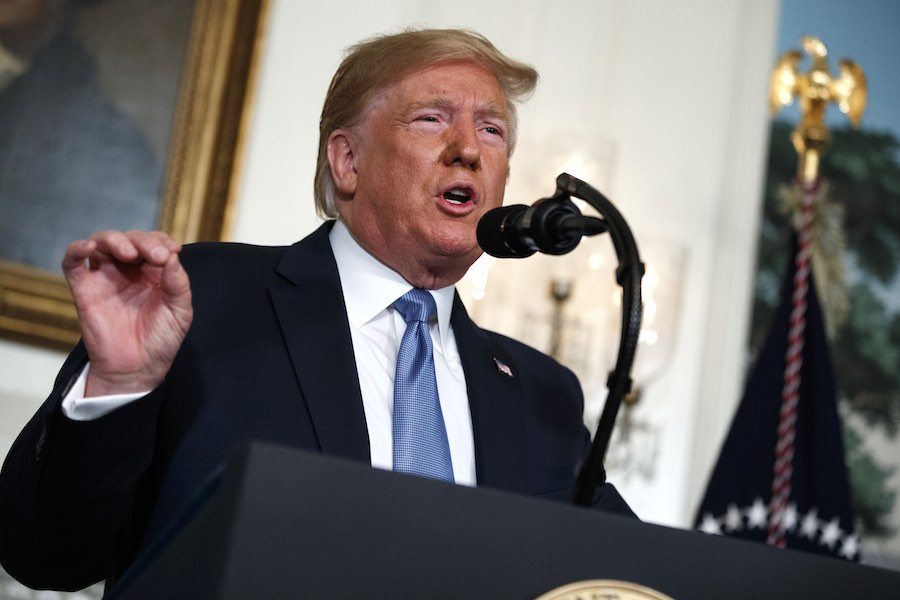 Last week, Donald Trump responded to the mass shootings in El Paso, Texas, and Dayton, Ohio, by saying that “mental illness and hatred pulls the trigger, not the gun.” Trump’s rhetoric around mental illness is just as outrageous and dangerous as his attacks on other marginalized groups. It encourages discrimination against millions of people, including me.

I know all about the stigma attached to mental illness — I was diagnosed with bipolar disorder when I was 20. It’s a serious medical condition that is characterized by periods of deep depression and unusually elevated moods. If untreated, it can lead to episodes of mania. It impacts roughly 3 percent of the adult population. There is no cure.

I have never publicly talked about my diagnosis.

Many who know me may find the revelation something of a surprise. After all, my life seems stable from the outside. I’m married to an amazing woman. I’ve held a number of high-profile and high-pressure jobs in journalism, politics, and government. I even helped a little-known civil rights lawyer become one of the most famous progressive prosecutors in the nation.

That’s what most people see from the outside. But the reality is that I have to think about my disability every single day. And I’m one of the lucky ones — I’ve been able to mostly manage my illness through a combination of medication, therapy, and getting enough sleep. My own social and economic privilege has given me access to quality healthcare for most of my life, which is not always true for many people dealing with behavioral health issues.

In the past, I have been filled with anxiety that people will find out my “secret” and judge me for my illness. I’ve kept this internal struggle to myself and a small circle of close family and friends. But no longer. The casual way that Trump linked recent mass shootings with behavioral health issues made me feel like I had to find my own voice and speak out.

I am not downplaying the role that mental health disorders may have played in some horrific acts of mass shooters. There have been times in my own life where my illness caused me to behave in ways that were deeply painful to others. But the reality is that people with mental health problems are much more likely to be targets of crime or violence than perpetrators. That’s especially true for people who have behavioral health issues and also face other types of oppression, like racism or homophobia.

So what’s behind Trump’s attempt to blame mental illness as the primary reason for the shootings?

First, it allows him to deflect blame from himself. There’s been a huge increase in violence linked to white nationalists since Trump took office. A major part of the reason is that the president has constantly engaged in racist dog whistles, showing implicit support for such violence. For example, social media ads paid for by his reelection campaign constantly warned of an “invasion” from Mexico, rhetoric copied by the El Paso shooter in his hate-filled manifesto posted online. Blaming mental illness is a tactic to distract from Trump’s own role in fanning the flames of hate.

Trump also wants to avoid having a real discussion about the proliferation of assault weapons in our country. He knows that the National Rife Association will never support meaningful gun safety legislation, reform that might actually save lives. Instead, he blames people with mental illness for the murderous rampage enabled by a weapon that allowed the shooter in Dayton to fire 41 shots in 30 seconds, killing nine people. Again, this is a familiar script for our president. He attacks marginalized people as a way to distract from the real issues and protect his powerful supporters.

Trump’s rhetoric slandering people with behavioral health issues is both counterproductive and destructive. His blame game only encourages more people to hide their illnesses and not seek the treatment they need. It’s discriminatory, stigmatizing, and completely unacceptable. It’s also part of Trump’s endless right-wing attacks on women, immigrants, people of color, the LGBTQ community, and everyone else who doesn’t fit into Donald Trump’s narrow vision of what it means to be an American.

By now, we should all know Trump’s game plan. He tries to divide people as much as possible and then uses those divisions to weaken opposition to his political agenda. His attack on people with mental health issues is clearly a part of this strategy. The only way to defeat his plan is for marginalized people of all backgrounds to stand together and fight back.

Our survival depends on it.

Ben Waxman is a longtime progressive activist who started out in the student anti-war movement during the Bush administration. Since then he’s worked as a journalist, a union organizer, and most recently as spokesperson for the Philadelphia District Attorney’s Office. He can be reached at ben@waxmanphilly.com.