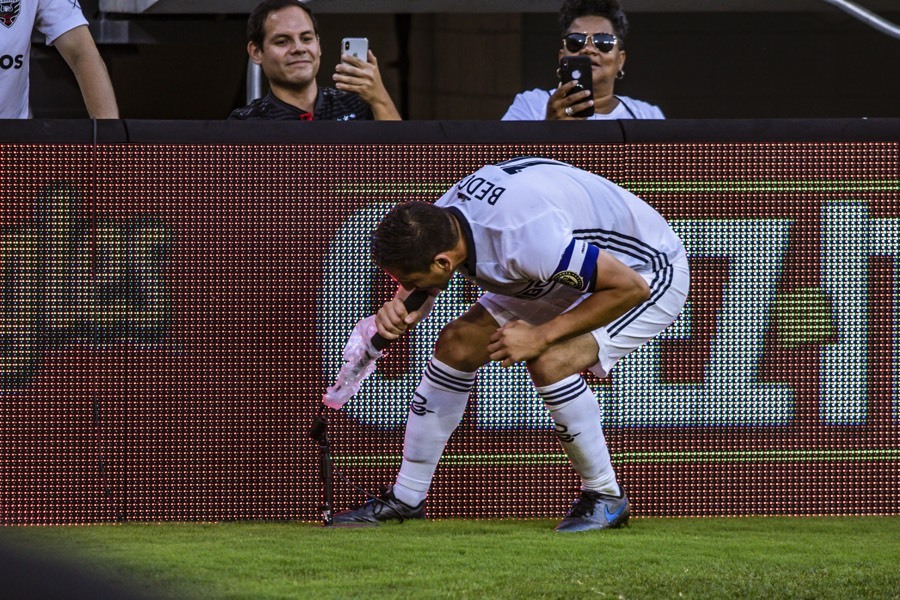 If you’re one of those people who think sports stars should stick to sports, you probably didn’t appreciate what Philadelphia Union captain and U.S. Men’s National Team player Alejandro Bedoya did last Sunday night after scoring the opening goal in the Union’s 5-1 shellacking of D.C. United just three minutes into the game. Instead of a standard drop-to-the-knees-and-slide celebration, Ale ran to the sideline, grabbed an on-field microphone, and shouted into it over national TV: “Hey Congress! Do something now! End gun violence!” It’s a message millions of us longed to deliver to spineless wonders like U.S. Senator Pat Toomey, who went on Fox News in the wake of the most recent dual slaughters of innocents to explain that he can’t get behind a ban on assault weapons because, yo, you know, they’re “extremely popular.” It’s amazing you can even stand up, Pat.

Generally, pro sports frown on political activism by players — did we already mention Colin Kaepernick? But in a signal that soccer truly is America’s sport of the future, its governing body not only decided Bedoya — who has a long history of activism — shouldn’t be punished for his infraction; egged on by fans, it named him the MLS Player of the Week. Now if only futbol could get that little equal-pay thing straightened out …