Wawa Welcome America: Road Closures, SEPTA, and Everything Else You Need to Know

Wondering which roads to avoid and where you’ll find porta-potties and jumbotrons on Thursday? We’ve got you covered. 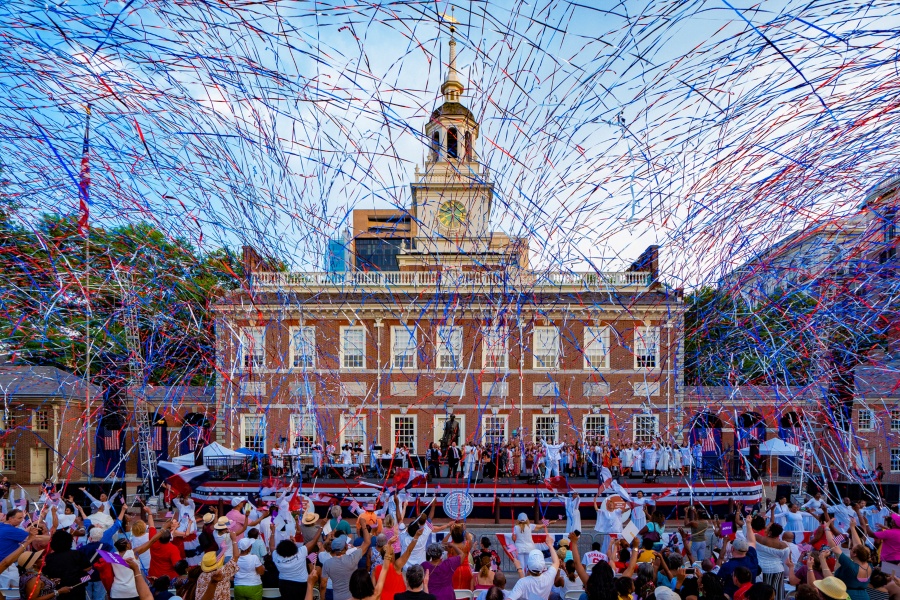 Wawa Welcome America kicked off on Saturday with free museum admission, an ice cream festival, a concert, and (of course) fireworks at the Great Plaza at Penn’s Landing.

Events will continue through this Thursday, the Fourth of July. There will be more fireworks (on Monday and Thursday), more concerts (Thursday’s headliners are Jennifer Hudson and Meghan Trainor), movies, picnics, Wawa’s famous seven-ton hoagie-making bonanza, and much, much more. (For a full guide to festival events, click here.) And needless to say, there will also be road closures to accommodate the fun.

Below, you’ll find everything you need to know about Wawa Welcome America festival logistics — including not just road closures but also where to find things like porta-potties, water stations, and more.

The following are scheduled road closures for Wawa Welcome America, per the city’s Office of Special Events.

For the Philly POPS on Independence performance (stage construction; event on Wednesday):

For the Kimmel Center’s Great American Party on the Plaza:

For the PECO Go 4th Lunch and Learn with the Fire Department:

For the POPS on Independence performance:

For the Party on the Parkway (stage construction; event on Thursday):

For the Independence Day Parade:

CCT
Due to road closures, SEPTA’s CCT will have two designated pick-up and drop-off points near the Parkway between 7 p.m. on Wednesday and 5 a.m. on Friday: 2299 Arch Street and 560 North 20th Street.

The Philadelphia Parking Authority offers helpful tips on where to park for Thursday’s concert and fireworks display. Check out its website for a list of nearby garage rates and information on MeterUp, the city’s parking app. (Though if you plan to use the latter, be aware that attempting to find street parking near the event will likely give you a massive headache.)

The Fourth of July fireworks and concert are free to enter — but you’ll have to do so at one of the following locations:

Large bags and backpacks will be subject to search at each of the event entrances.

Things you can bring inside include:

Things you can’t bring inside include:

Want to know where you can find water stations, jumbotrons, porta-potties and more? The city built an interactive map for that, and you can find it right here.