Want Philly to Stop Being Written Off as “Killadelphia”? Get Serious About Poverty.

Gun violence rates are again rising in poor Black communities. That’s not a coincidence, but a predictable consequence of our city’s failure to fundamentally address inequality. 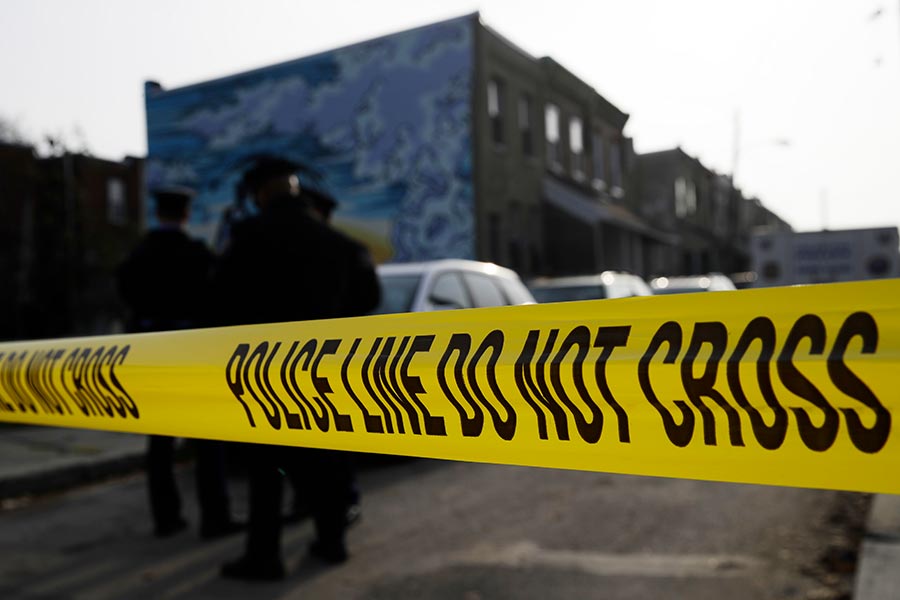 From Friday through Sunday this Father’s Day weekend, there were 22 shootings, 32 victims, and six homicides in Philadelphia. Amid these multiple tragedies, more Philadelphians were shot than in any other 48-hour period since 2015.

Not even a full six months into the year, there have been more than 550 shooting victims in the city — and this on top of the highest homicide rate in a decade in 2018. The politicians are saying the same old things, while the police department is coming up with more pathological excuses. We are reminded that we’re in a state of emergency, a public health crisis, but nothing is changing.

Welcome to the return of Killadelphia.

As a young Black man, I am cut deep by the pain, because most of the victims and suspects look like me. Most of them live in Black neighborhoods that cannot stop grieving the loss of yet another life. In Southwest and North Philly, it’s depressingly routine to come across a public memorial with teddy bears and candles as residents mourn the death of another child.

Social media reactions are like a broken record — lots of misdirected anger and helplessness: Activists are accused of addressing only police brutality and not neighborhood shootings. Black men are blamed for not being in their children’s lives (despite convincing research that suggests otherwise). Struggling Black neighborhoods fault themselves for not pulling themselves up by the bootstraps, as if meritocracy ever worked in our favor.

But hundreds of young Black men shooting up their communities (and overwhelmingly being the victims) isn’t some inexplicable choice — it’s a systemic consequence of a society that continues to fail them. Heavier policing, stop-and-frisk practices, rallies, thoughts, and prayers haven’t done much to ease tensions. If anyone is still trying to blame anyone or any place, look no further than City Hall and the poverty it allows to destabilize us all.

I was born in “Chiraq” Chicago, grew up in the gun-loving state of Texas, and now reside in a town with a gun violence problem that rivals those of my previous homes. But unlike cities in the South and Midwest, Philadelphia continues to be the country’s largest major city hit with poverty. We are one of the most racially segregated cities, with gross inequity that has led to more than a quarter of the population living in deep poverty. Given that Black men have the lowest life expectancy rate in Philly, it shouldn’t be hard to comprehend why they are in crisis. Pick any disparity study correlated with poverty (unemployment, dropping out, healthcare, mass incarceration) and they rank in the highest percentiles.

This is what happens when you leave a class of people behind to self-destruct.

The virtual absence of homicides in Rittenhouse Square or Chestnut Hill isn’t because the residents there are better people, but because they live in neighborhoods afforded the opportunity to thrive. You strip any community of decent public education, jobs, and healthcare access, and any one of them — Black or white — will start to crumble. It’s not a coincidence to me that Philly is allowing impoverished Black men to fail at an all-time high.

Until politicians and the city as a whole are determined to prioritize immediate action to combat poverty, the killings will continue to devastate us. Prevention is vastly more effective than reaction — addressing poverty addresses crime. Get serious about it, or the bloodshed will persist.