Do You Know Why You’re Voting on Four Ballot Questions This Year?

Any proposed modification to the city’s Home Rule Charter must first be approved by Philly voters. And since 2015, we’ve said yes to 19 of the 20 ballot questions put before us. 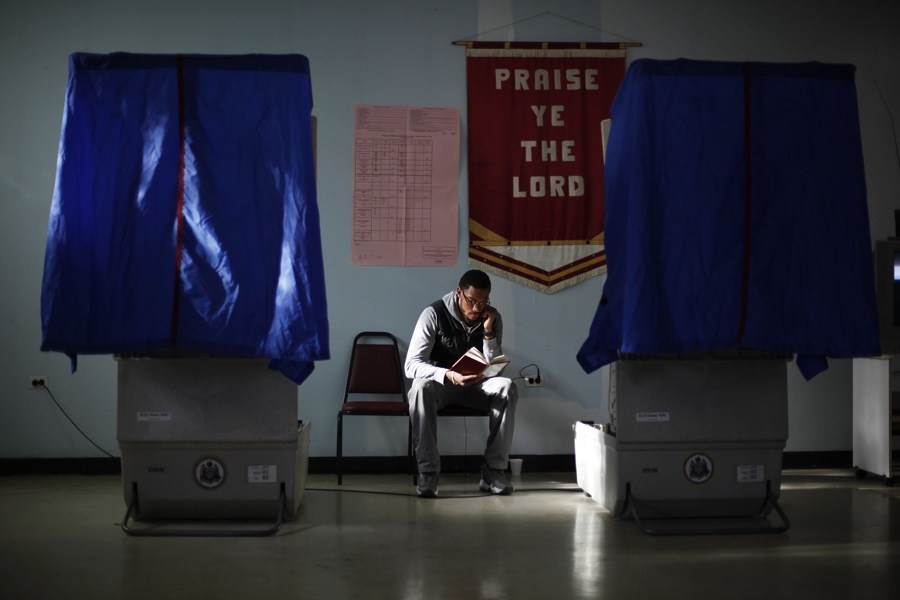 When you step into the ballot box for Tuesday’s primary election, you will face a number of decisions, from whom to nominate for mayor to whom you’ll select from among the massive number of City Council candidates. But those are hardly the only questions with which you’ll have to grapple. You’ll also have the chance to weigh in on four ballot questions, which include whether City Council should begin using gender-neutral tags like “Councilmember” and whether the city should establish a new Office of Immigrant Affairs.

Maybe you are wondering why these particular questions are being put before voters in the first place. After all, aren’t we supposed to have a system of representative government, meaning it should be the elected legislators’ responsibility to figure out such things? More democracy isn’t necessarily a good thing.

Our city government has some rather opaque protocols when it comes to ballot questions, so we’ve broken down how it all works — from the history of ballot measures in Philly, to why they end up in front of you on Election Day in the first place.

Lately, ballot questions have almost always been successful in Philly.

Ballot questions are something of a new phenomenon in our politics. From 1965 to 1999, there were a total of just four questions put to the voters. Since 2015, there have been 19 — and all but one, a statewide ballot measure concerning property tax, have been successful. (Despite failing in Philly, the property tax question still ended up passing across Pennsylvania.)

Philly’s recent spate of successful ballot measures is an even more extreme example of what’s been going on with statewide ballot initiatives across the country. In recent years, about two-thirds of all ballot proposals have been approved by voters, according to a database maintained by the political website Ballotpedia. Philly politics are less divided than that of an entire state, which probably accounts for the higher rate of approval here.

Pat Christmas, policy director of the nonpartisan political group Committee of Seventy, says the high rate of approval by Philly voters could also have to do with the format of ballot questions more than anything else. “My guess is that most voters, when they walk into the booth, they’re seeing that question for the first time,” says Christmas. “Unless something in wording of that question sets off a red flag, they’ll give it the go-ahead.”

The other factor at play here is that questions on Philly ballots are often non-divisive. Take two examples from the past five years: whether the city should issue a bond to fund parks, and if it should establish a dedicated office for LGBT Affairs. These aren’t exactly controversial propositions.

Why put these questions to the voters at all, though?

City Council doesn’t really have a choice: Any provision that would modify Philadelphia’s Home Rule Charter, the document that outlines the form and function of city government — effectively our municipal constitution — has to be put to the voters. (By law, many city bond questions also have to be approved by the voters, which is why you’ll often encounter bond-related questions on the ballot.)

Philly’s Home Rule Charter is actually much more dense and comprehensive than a simple bare-bones document outlining the rules of municipal government. What that means, ultimately, is that a good deal of proposed changes — like, say, renaming “Councilman” or “Councilwoman” to “Councilmember” — end up being changes to the Charter itself, rather than a standard piece of legislation.

How does the process actually work?

There are two ways that ballot questions are born: City Council agrees on a provisional modification of the Charter — with a two-thirds-majority vote — and places it on the ballot for an upcoming primary or general election; or, much less frequently, a citizen-led petition can incite Council to consider a prospective amendment to the Charter. (The last time this happened was in 2014, when organizers submitted enough signatures to create a non-binding ballot referendum — eventually successful — that called upon the state to abolish the School Reform Commission.)

For the signature scenario to take effect, petitioners must gather 20,000 signatures. Then, the city government reviews the language to make sure it’s legally appropriate, at which point Council votes on whether it wishes to place the question on the ballot. This vote requires a mere simple majority.

It’s that last step that makes all the difference. Council ultimately maintains final say over the whole process, which means even though the signature process gives the illusion of direct democracy, it’s really no different from Council’s standard operating procedure.

Nationwide, a total of 26 states allow for some form of voter-driven lawmaking that is at least partially independent of the legislature. Usually, voters can directly approve a law in those states, but the legislature will also have the chance to step in after the fact and make modifications. California has the most extreme measure, where citizens can put a law on the books and bypass their lawmakers entirely.

Christmas argues that the states with these initiative protocols often have more progressive laws, because the people can force government to change in ways it might not otherwise like to. “If I could wave a magic wand to change the state constitution to have initiative over certain structures of government, that’d be great,” says Christmas. He’d like to see this especially with issues that relate to government operations — things like redistricting.

Alas, this voter initiative process doesn’t exist in Pennsylvania. Still, the questions that appear on the ballot have gone through a convoluted, winding path to reach you. And even if you can’t create your own legislative initiatives, you still can have a say over changes to the Home Rule Charter. So the least you can do is read up on the ballot measures in advance and decide what you think for yourself.