The Best Thing That Happened This Week: A Liberty Bell Brouhaha

An outsider opined that Philly is less than worthy of displaying the relic. Guess what ensued? 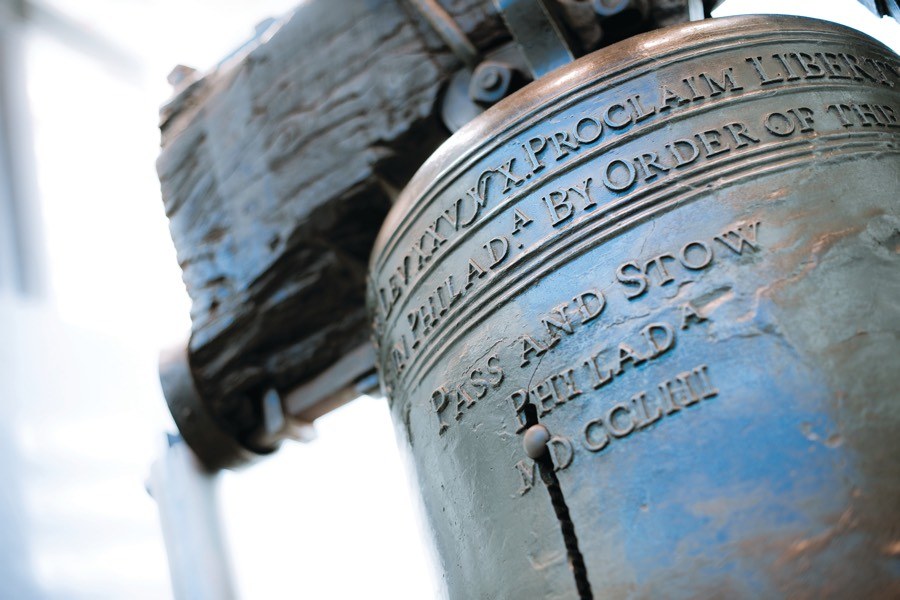 On Tuesday, a Very Serious Intellectual Guy named Dennis Prager published a piece for a Very Serious Intellectual Magazine, the National Review, headlined “Does the Liberty Bell Belong in Philadelphia?” As befits a brain-hefty dude like Prager — who has his own show on conservative talk radio; who has been called “The Jewish Billy Graham”; who has blamed the acceptance of homosexuality for the decline of Western civilization; and who once wrote an essay that ranked sexual acts on a continuum that included celibacy, premarital sex, adultery, bestiality and incest (why is it these guys are always so dang interested in sex?) — the Liberty Bell essay is a doozy. His lofty argument is that our city no longer deserves the Bell because we’ve betrayed the nation’s guiding principles by, oh, say, taking down a portrait of “the greatest English-language playwright who ever lived” at Penn (can you guess? Can you? It’s William Shakespeare!); having that Commie, Yannick Nézet-Séguin, premiere a work in which a black teenager shouts above the music; and taking down a statue of Kate Smith.

You just had the feeling this wouldn’t end well.

Oh, Philadelphia. When the National Review tweeted out links to the piece, your responses were so predictable and yet so creative. “We paid for it. We own it. It was our statehouse bell. Try and come and get it,” Joseph Gambardello dared Prager. “go fuck yourself,” suggested Jim Taggert. “This is a real question?” Ray Gonzalez queried. “change is difficult to accept,” Guy Webb offered consolingly. Opadit’s concise summation: “jackass.” But our favorite retort came from the humbly named Frank: “Hey @DennisPrager why don’t you stop down 5th and Market today so we can shove our bell right up your ass. Sideways.” Dear, dear Philly. Don’t ever change.