It’s Official: Speed Cameras Will Be Installed in Philly this Year

First red-light cameras. Now speed cameras. It’s getting really hard to be a dangerous driver in this town. 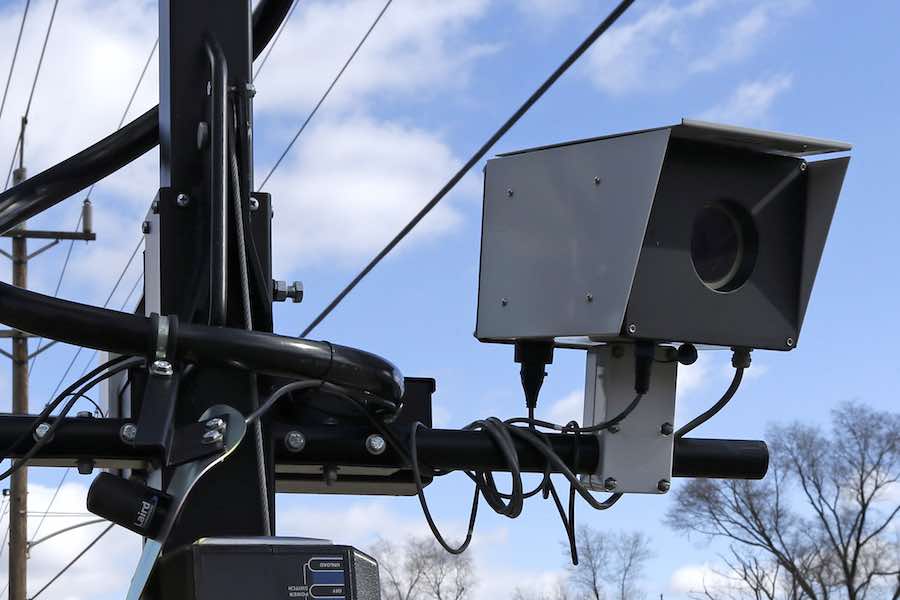 Speed cameras similar to this one are scheduled to go up in Philly this year. (AP photo)

If you’re not a big fan of the red-light cameras that have been snapping photos of offending vehicles in Philly since 2005, you’re probably not going to be too happy with this bit of news: Speed cameras will be installed in the city this year.

On Thursday, Philadelphia City Council voted unanimously in favor of installing at least seven speed cameras along the notoriously dangerous stretch of Roosevelt Boulevard from 9th Street up to the border of Philadelphia and Bucks County.

This nearly 12-mile stretch of roadway has seen 139 deaths or serious injuries from 2013 through 2017. And then last year, there were 21 fatalities resulting from traffic accidents on Roosevelt Boulevard, which represented more than 20 percent of all traffic-related deaths in Philadelphia for 2018. It has rightly been called one of the most dangerous roads in the entire country.

The hope is that these new speed cameras will change all of that, and it’s part of Philly’s Vision Zero plan to eliminate all traffic deaths in the city by the year 2030. If you’ve spent any time at all driving up and down the Roosevelt Boulevard, you know that people drive way too fast on it.

“The tragic stories of people being killed or seriously injured on Roosevelt Boulevard have become all too common, but this doesn’t have to be the case,” said City Councilmember Cherelle Parker, who introduced the bill and whose district includes a portion of the road. “We know that speed is especially deadly for people walking and biking, and that if we can get motorists to change their behavior and slow down, we can reduce crashes and save lives.”

If you’re a regular speeder on the Roosevelt Boulevard, you’re not going to start getting big tickets in the mail right away. Once the cameras are installed later this year, there will be a 60-day grace period. If a speed camera catches you speeding during that time, you’ll just get a warning delivered to your home.

But after that come the fines.

One very vocal opponent of speed cameras is activist Tom McCarey of the National Motorists Association. He claims that speed cameras might actually increase accidents (I don’t buy that for a second, and we’ll check back in two years to see how things are going on the Roosevelt Boulevard), and he’s suggested that a better solution for pedestrian safety on the Roosevelt Boulevard would be underground crosswalks so that pedestrians can cross the unbridled road safely — well, as safely as one could be in an underground corridor at 9th Street and Roosevelt Boulevard.

“But the politicians wouldn’t get any money from that, so they won’t do it,” McCarey told me back in October. “Cameras are everywhere and always a racket to steal money away from safe drivers. Professional highway engineering provides real solutions to highway safety, not the ‘gotcha’ technology of revenue-raising cameras.”

Speaking of revenue-raising, you’ll no doubt roll your eyes when I tell you which agency is in charge of administering Philadelphia’s speed camera program: the Philadelphia Parking Authority, which also handles the red-light cameras. From April 2017 to March 2018, the PPA sent out more than 215,000 red-light citations from the 134 cameras in Philadelphia, generating more than $20 million in revenue.

With the PPA in control, I’m sure all of this speed-camera money will be spent with the utmost efficiency and for the benefit of humankind.