Jefferson’s Looking to Invest In Your Hemp Business Proposal 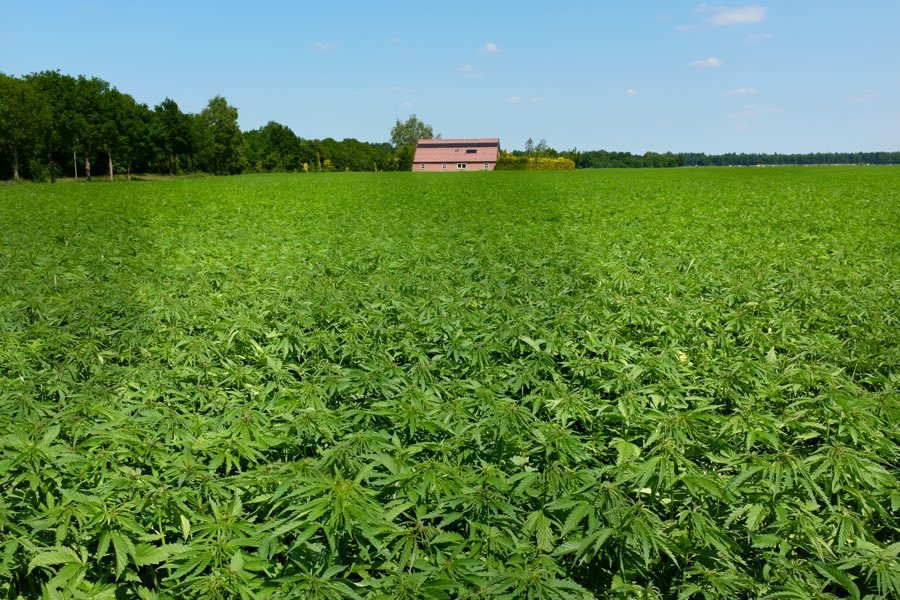 Stephen K. Klasko is high on hemp. In 2016, the Jefferson president and CEO accepted a $3 million donation to create the Lambert Center for the Study of Medicinal Cannabis and Hemp. When he visited the World Economic Forum in Davos back in January, he extolled the cannabinoid’s virtues. And on Tuesday, Klasko announced yet another institutional foray into the field of hemp: a $2 million donation from Australian banker Barry Lambert, the same benefactor behind the eponymous center, to invest in hemp-related business ventures.

Klasko has been envisioning a revolutionary future around hemp wearables for some time now. The idea is that you might, say, go to sleep with a hemp garment that has been engineered to track your breathing, and when you wake up in the morning, it’ll inform you that because your breathing was labored and there are high pollen levels outside, you ought to take an extra inhaler before heading off to work. In fact, Jefferson already has skin in that game, in the form of a stake in Barry Lambert’s own company, Ecofibre, which is working on producing these very garments.

The way it works: Hemp fibers contain carbon, which conducts electricity. Ecofibre’s figured out a way for the hemp fibers to act as a de facto natural battery, powering things like a breathing sensor, without any of the heavy metals that usually energize batteries. In fact, according to Ecofibre chief science officer Alex Capano, if you place a light with a conductor attached to it on the company’s hemp fabric, it will instantly illuminate.

It’s futuristic stuff, and Jefferson’s investment is already paying off. According to the Inquirer, the university’s stake in the company recently spiked in value from $2.1 million to $3.2 million. (Ecofibre’s publicly traded on the Australian Securities Exchange at current value of 2.20 Australian dollars per share.)

With all the fluctuations around various forms of cannabis, it can get confusing as to what is and isn’t legal. Suffice it to say, everything Jefferson’s doing here is very much above board. As of late last year, hemp is no longer part of the federal Controlled Substances Act, unlike its THC-rich counterpart marijuana — which is still technically illegal according to federal law, even if 10 states and Washington, D.C., have legalized its recreational use. In Pennsylvania, the legislature passed a law in 2018 making it legal to grow “industrial hemp” in the state, which differs from marijuana in that its THC levels can’t be higher than 0.3 percent. (Hemp does still retain higher levels of CBD, the other main cannabinoid compound, which doesn’t produce the psychoactive “I’m stoned” feeling that THC does.)

Despite the clear trend toward increasing tolerance of cannabinoids in its multitudinous forms — Lt. Gov. John Fetterman has been on a months-long listening tour of the state on the subject of recreational weed — Jefferson’s all-in wager on hemp isn’t without risk. The university had recently been trying to compile a national database of medical marijuana patients, and lost $150,000 in a failed venture, the Inquirer reported.

But the key to any investment strategy is a diverse portfolio, and with the early success of the Ecofibre, along with this new batch of $2 million, Jefferson’s got more than enough cash to play around with. Plus, a few failures are to be expected. It’s all part of the game — when you invest in drugs, sometimes you get a dud.

Jefferson’s going to be playing V.C. firm, listening to pitches from inside and outside the institution. Start prepping: This could be your best shot to get that weed business plan you’ve been kicking around since high school off the ground.