Who Went Off-Roading and Damaged Trails at the Schuylkill Center?

The environmental center said a driver “flattened an American toad and crushed the shell of a box turtle” during the illegal ride. 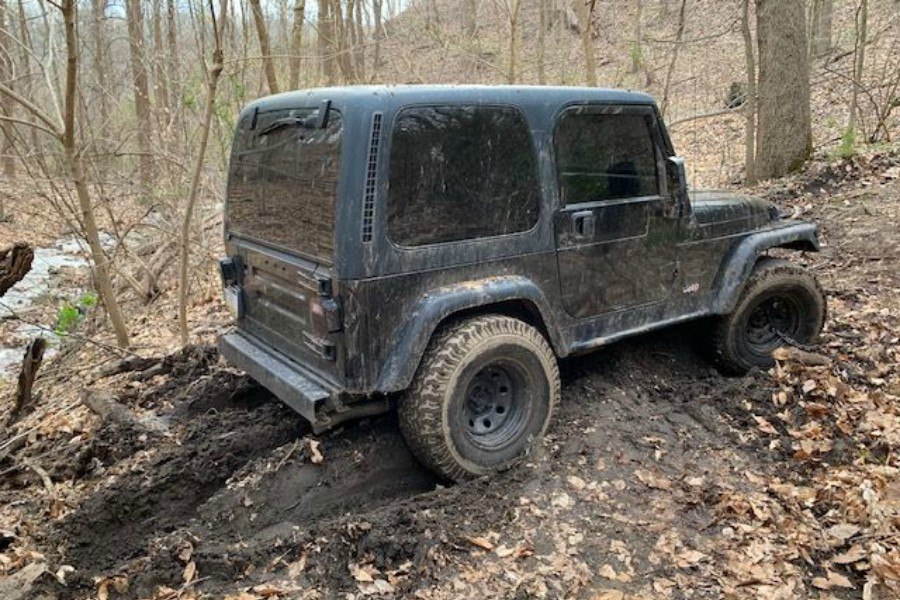 The Schuylkill Center for Environmental Education is having a rough month.

Just around the same time — on March 29th and April 7th, according to the Schuylkill Center — someone decided to take a Jeep Wrangler on a joy ride all over the organization’s sprawling Roxborough property, destroying the plants and wildlife that volunteers attempt to preserve.

According to the organization, which posted photos of the Jeep on Facebook, the car was found abandoned on the property on April 8th and retrieved later that day. The Schuylkill Center believes the driver “flattened an American toad and crushed the shell of a box turtle” during the ride.

Maybe I’m stating the obvious here, but the wildlife center’s trails (which are really lovely) are open for foot traffic only — not bicycles, not cars, and certainly not off-roading.

The center will hold a “restoration volunteer workday” on May 18th to help restore the damaged trails and preserve the rest of the 340-acre property. Attendees can also learn about invasive plant removal, native species plantings, and trail maintenance projects. Gloves, tools, and snacks will be provided. You can find more information here.