How Worried Should Philly Be About the Blood-Sucking “Kissing Bug”?

The face-biting insect has been reported in Pennsylvania — but the state isn’t officially tracking the number of sightings (or where they took place). Here’s what you need to know before you panic. 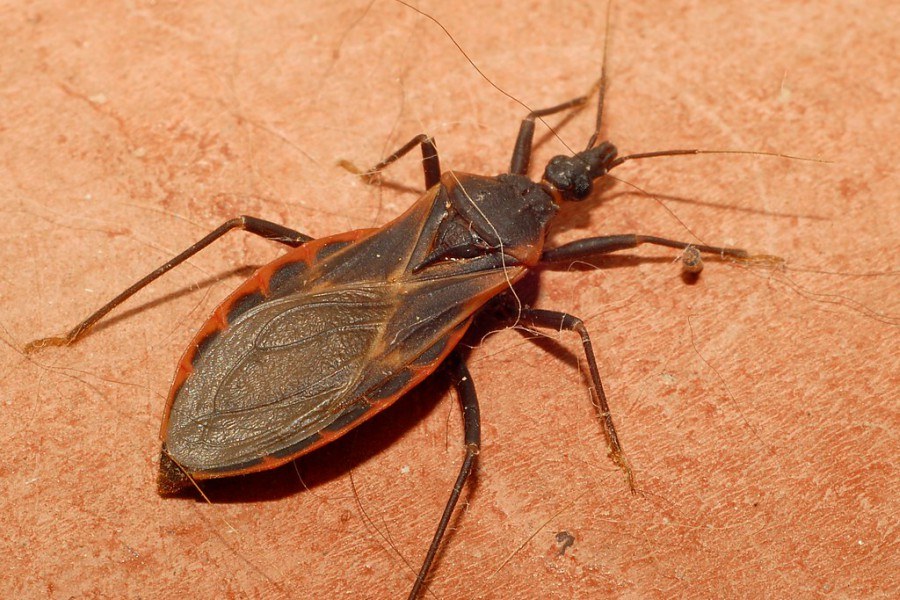 A kissing bug. | Photo by Glenn Seplak via Creative Commons

Perhaps you’ve heard of the “kissing bug,” aka the stuff of nightmares.

News of the terrifying insect has been making the rounds in recent weeks after the CDC confirmed a first-ever sighting in Delaware. (My personal favorite headline is “‘Kissing bugs’ suck blood and poop in your face. Here’s how that spreads Chagas disease.”)

The insect — which, it’s true, can spread the potentially deadly Chagas disease (more on that in a minute) — is mainly found in Mexico, Central America, and South America, as well as in the southern U.S. But in recent years it’s been reported in states as far north as Pennsylvania — yes, Pennsylvania.

Formally known as triatomine bugs, kissing bugs feed on humans and animals. They have a particular “predilection” for biting people’s faces, according to the CDC. After they bite, they also, er … defecate. And the poop they leave behind can carry Trypanosoma cruzi, the parasite that causes Chagas disease.

Here’s where things go from really gross to seriously problematic: Chagas disease can cause cardiac and gastrointestinal complications. About 20 to 30 percent of people infected develop conditions that can include an enlarged heart, heart failure, altered heart rate or rhythm, and cardiac arrest, as well as an enlarged esophagus or colon. The CDC estimates that about 300,000 people with Chagas disease live in the U.S., most having been infected in parts of Latin America.

You probably have some questions right about now.

How many kissing bugs have been reported in Pennsylvania?

I wish I could tell you!

Nate Wardle, a spokesperson for Pennsylvania’s Department of Health, said the organization does not track reports of the insect, nor does it track Chagas disease.

The reason? Chagas is not included on the agency’s list of “reportable diseases.” Those are the conditions that Pennsylvania doctors and health professional are required by Pennsylvania code to note (and share with the state) upon diagnosis.

The list has been updated over time to include things like Lyme disease, the flu, and more. Most recently, the state added neonatal abstinence syndrome (a withdrawal symptom that can occur in newborns exposed to substances like opioids) after officials realized it would be difficult (if not impossible) to prevent the condition without first collecting substantial data on it.

Why hasn’t the Department of Health added Chagas to the list?

Wardle said the organization is currently working to update its reportable conditions list by 2022 — it’s a lengthy process, requiring approval from the attorney general and governor and a public comment period. While it’s not clear whether the agency will include Chagas, Wardle said the DOH is prioritizing vector-borne diseases, or those spread by vectors like mosquitos, ticks, and fleas. That includes conditions like Chagas, Lyme disease, West Nile virus and zika (which, heads up, is also not a “reportable disease” in Pennsylvania).

Wardle said the state DOH does “occasionally” hear from doctors who are looking for advice on how to treat a patient who has been bitten by a kissing bug, but, as mentioned, officials don’t “have specific statistics” on the number of cases reported. He noted that the state Department of Environmental Protection doesn’t track the kissing bug either.

So what are we supposed to do about these things?!

Don’t freak out: The bug and the disease are both rare in our area. Wardle said the DOH is typically aware of particularly problematic or rapidly spreading diseases, even if they don’t qualify as “reportable” conditions. Right now sightings aren’t frequent enough that you should panic.

Still, it’s important to be aware of the bug and the complications it can cause. The DOH stressed that you can find mostly everything you need to know about the kissing bug (except for, you know, if it’s been reported near you) on the CDC’s website.

First thing, the CDC will tell you to get familiar with the bug. It kind of looks like a longer version of a stink bug, but with a cone-shaped head and thin antennae. Make sure you study a photo of it so you can identify it. 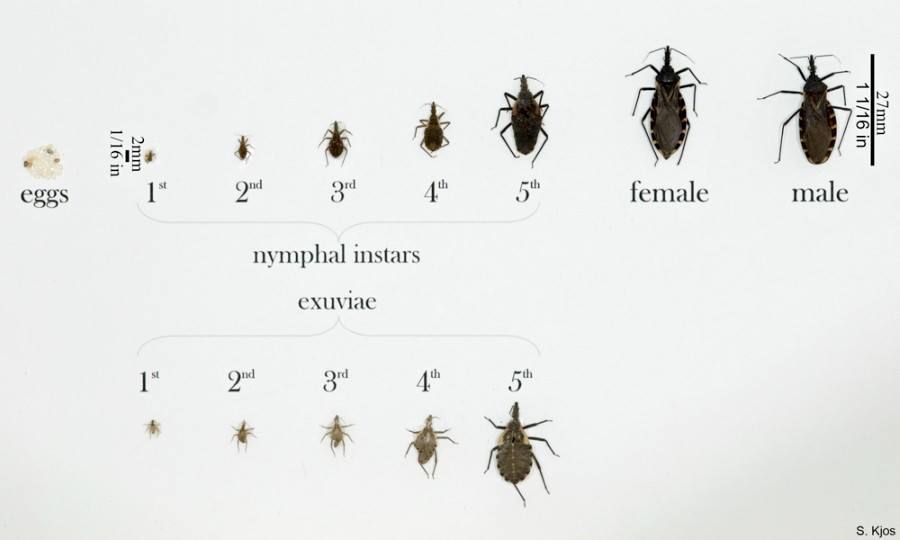 Kissing bugs like to hide in cracks and holes — particularly beneath porches, between rocky structures, under cement, or in rock, wood or brush piles. And they also come out at night, when they prefer to bite. So make sure you inspect those woodpiles and close your windows in the evening.

Wardle said you could destroy the insect if you see it, and you should report the sighting to the CDC or local officials so the community knows it’s in the area. You can also reach out to the state DOH, Wardle said, despite the fact that they don’t officially track the bug: It could still help them alert nearby officials.

What should I do if I think I’ve been bitten by a kissing bug?

Get familiar with the symptoms of Chagas disease, which can vary in severity. During the acute phase, which lasts for a few weeks or months after infection, symptoms can include fever, fatigue, body aches, headache, rash, loss of appetite, diarrhea, and vomiting.

Absolutely tell your doctor if you think you’ve been bitten. He or she might be able to pick up on signs of infection, including mild enlargement of the liver or spleen, swollen glands, or swelling at the site of the bite. Some people might also experience swelling of the eyelids on the side of the face near the bite wound.

If a person is not treated with antiparasitic medication during the acute phase of the infection, the infection can remain in the body and cause severe complications. So you want to catch it as early as possible.

What happened in Delaware?

The person who was bitten (a young girl in Kent County) had no ill effects.