Northern Liberties resident Paul Ngai, who was fired by the Philly-based retail conglomerate at age 69, has sued for ethnic- and age-related discrimination. 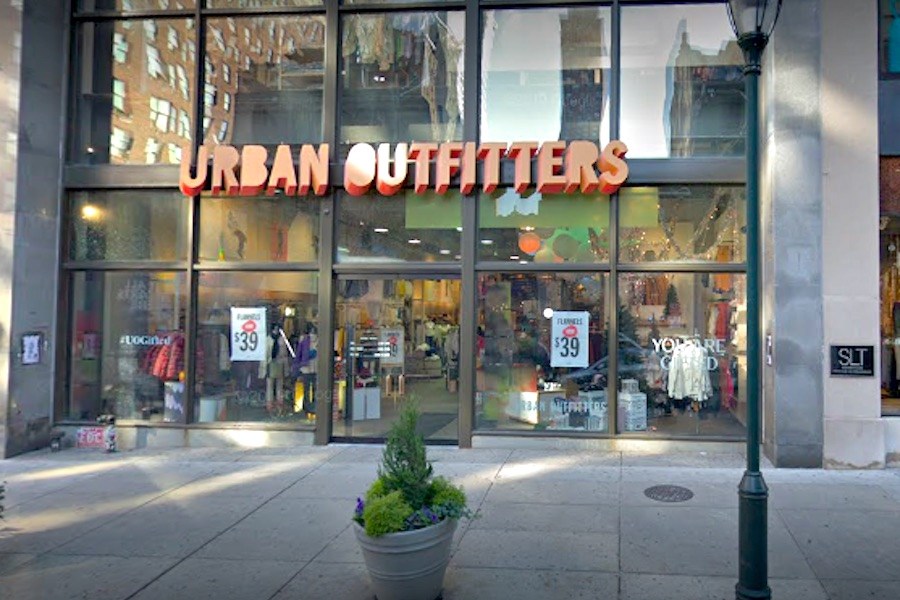 An Urban Outfitters location in Philadelphia, where the company is headquartered. (Google Maps)

Controversial Philly-based retail conglomerate Urban Outfitters, aka URBN, has been sued by a former executive who claims he was the target of harassment and discrimination because of his age and national origin.

Paul Ngai, a 69-year-old Northern Liberties resident, has filed a lawsuit against Urban Outfitters in federal court. In addition to the harassment, discrimination, and retaliation he says he faced, the suit also alleges “kickbacks” and other “improprieties” down at the Urban Outfitters headquarters at the Navy Yard. Neither Urban Outfitters nor specific managers named in the suit responded to repeated requests for comment on this story.

According to his suit, Ngai moved to the United States from China 42 years ago and gained more than 40 years of experience in the fashion industry, with a particular focus on overseas sourcing and manufacturing of textiles and clothing.

In 2010, Ngai became the director of sourcing and technical design at Urban Outfitters. Ngai says that in his new executive role, he quickly realized that Urban Outfitters was burning through a lot of money due to unnecessary production costs. He says he made recommendations for how to save on expenses and thereby increase the bottom line. And, as often happens in some companies when you try to change the way things are done, not everybody was happy.

Ngai says that once he started trying to implement changes in the company, he became the subject of ridicule and mockery. As the suit puts it, Ngai was “viewed as ‘too old’ and ‘foreign’ and, therefore, perceived not to understand the younger hip Urban brands.”

According to the lawsuit, most of the people Ngai worked with at Urban Outfitters were women under the age of 30, whose ethnic and age-based attacks became “routine.”

Ngai alleges that his colleagues regularly referred to him as “The Old Man” and “Mr. Miyagi,” a reference to Pat Morita’s character in The Karate Kid. He claims that Urban Outfitters employees told him he needed to retire and that there was even once a poster made of his face bearing the words “HAPPY RETIREMENT.”

The suit claims that management was well aware of the alleged harassment and discrimination but turned a blind eye to it and, in some cases, helped it along.

Meanwhile, Ngai says that as he continued to look at Urban’s books and its business arrangements with some of its overseas suppliers and vendors, he found troubling evidence of “shell companies” that allowed for alleged kickbacks to unnamed “senior Urban executives.” The suit also states that Ngai uncovered “possible embezzlement.”

The lawsuit alleges that Ngai reported what he found to his higher-ups, including Lorie Kerneckel, the executive director of global sourcing, and Barbara Rozsas, the chief sourcing officer for Urban Outfitters. But Ngai says that Kerneckel and Rozsas did nothing about it, other than to retaliate against and mistreat him.

In January 2018, the suit claims, Rozsas “suddenly and without warning” slashed Ngai’s salary by more than 32 percent and then Kerneckel gave him a review with lower scores than he had ever received at the company, which also meant a lower bonus.

Ngai says he complained to Kerneckel about what he saw as mistreatment but that Kerneckel did not respond. Then he says he went to Rozsas, who allegedly suggested to him that he was “getting too old for this crap.”

His problems grew, claims the suit. Ngai says that he was systemically cut out of corporate meetings that he would have previously attended and that employees continued to make ageist remarks to him.

So, with no human resources department to rely on, Ngai went straight to the board and the company’s lawyers, sending “numerous” letters to complain about harassment and his other allegations.

The next day, things got even more dramatic. According to the suit, when Ngai showed up at the Urban Outfitters headquarters at the Navy Yard, he was “forcibly removed from the premises under threat of arrest.” He says that when he asked why he was being terminated, Kerneckel gave him a termination letter with reasons for his firing that he says were completely untrue.

The suit also expressly states that Urban Outfitters is in violation of the Sarbanes-Oxley Act and Dodd-Frank Act, because, as the suit puts it, Urban Outfitters retaliated against Ngai, who says he fits the legal definition of “whistleblower,” when he tried to report “corporate waste,” “conflicts of interest,” “apparent kickbacks,” and “a significant fraud on Urban shareholders.”

“[The complaint] contains numerous, extremely serious allegations of discrimination and corporate misconduct, which our client has, and will continue, to pursue,” says attorney Nicholas Vytell, who is representing Ngai in the case.