This is a problem for a number of reasons, though we’re not gonna argue too much with the other local picks: Doylestown and Media. 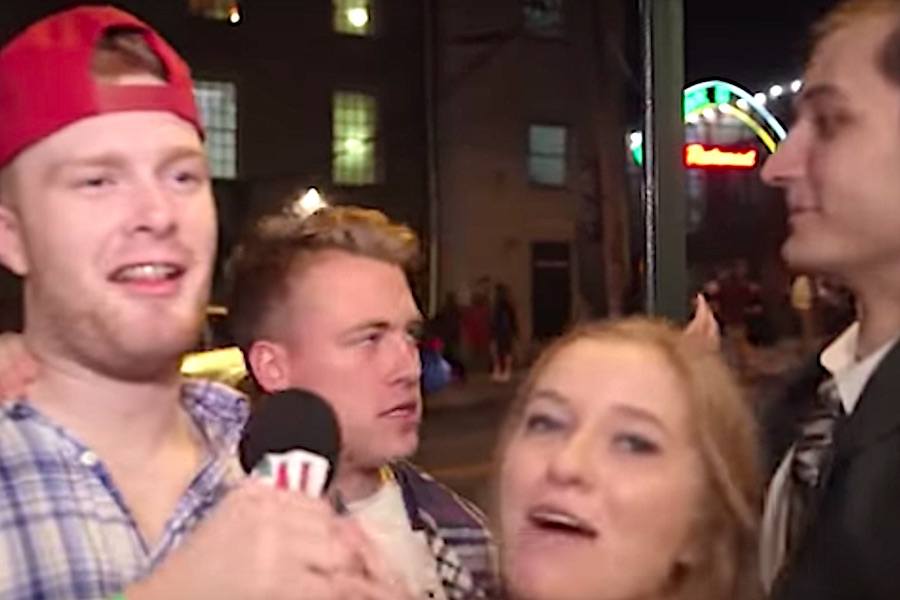 Revelers in Manayunk, which is apparently a cultural hotspot. (Image via YouTube)

USA Today and its listicle-happy website 10Best just released the 20 candidates for their “Best Small Town Cultural Scene” award. Readers get to vote for their favorite, voting continues through May 6th, and the results will be published on May 17th.

There are a few things actually worth noting here, though.

First, the Philadelphia area comes strong to the battle. Of the 20 candidates, all are from completely different states with the exception of two towns in New Mexico and three areas within a 30-mile drive of City Hall.

Doylestown is a lovely borough, though it can be nightmarish to get to depending on the time and day of travel. But we like Doylestown so much that we actually put it on our own Mother of All Listicles, the Best of Philly, where Doylestown won the Fun Suburban Town award in 2017.

The “experts” behind the USA Today/10Best effort, who include Deborah Fallows, the best-selling, travel-writing wife of Atlantic writer James Fallows, rightly took note of Doylestown’s Mercer Museum, the James A. Michener Art Museum, the town’s Main Street, and the historic County Theater cinema, which still shows movies like Easy Rider and A Star is Born (Garland, not Gaga).

The Media pick seems a bit more questionable. Don’t get us wrong: We like strolling down the streets in Media. It’s a great little town. But this is a cultural scene award.

USA Today calls out Media’s America’s Music Festival Series, which tends to be a bunch of white people singing the blues or doing the singer-songwriter thing. There’s also summer’s Dining Under the Stars, aka restaurant tables in the middle of a shut-down street. And, yes, there’s a nod to the Media Theatre, where you can currently go see Stayin’ Alive: The Saturday Night Fever Musical, should you really want to.

And then there’s Manayunk. Oh, Manayunk.

This canal-edged town just minutes from central Philadelphia is home to more than 65 shops and galleries, some housed in restored historic warehouses from the early twentieth century. The town keeps a full calendar of cultural festivals, including the Streat Food Festival in April, Manayunk Arts Festival in June and Harvest Fest in September.

Somehow, they managed to completely ignore Manayunk’s Venice Island Performing Arts Center, which actually does house a fair amount of culture worth seeking out.

But either way, any “expert” should know what Manayunk really is, which is the place where St. Joe’s and Villanova students Uber to for binge-drinking escapades and Jello shots and peeing-on-a-resident’s-steps-at-3 a.m. episodes. Just check out this video of a recent drunken Halloween in Manayunk:

Well, and of course the “experts” should also know that MANAYUNK IS NOT A SMALL TOWN. It’s a neighborhood in Philadelphia, one of the largest cities in America.

As for the competition, Doylestown is currently leading the pack. Go here to vote.