Meet the Philly Candidate Who Has Run for Four Different Seats

This time around, longtime community advocate Tracey Gordon is running for register of wills — and she hopes that voters “understand the weight of the Tracey Gordon name in public offices.” 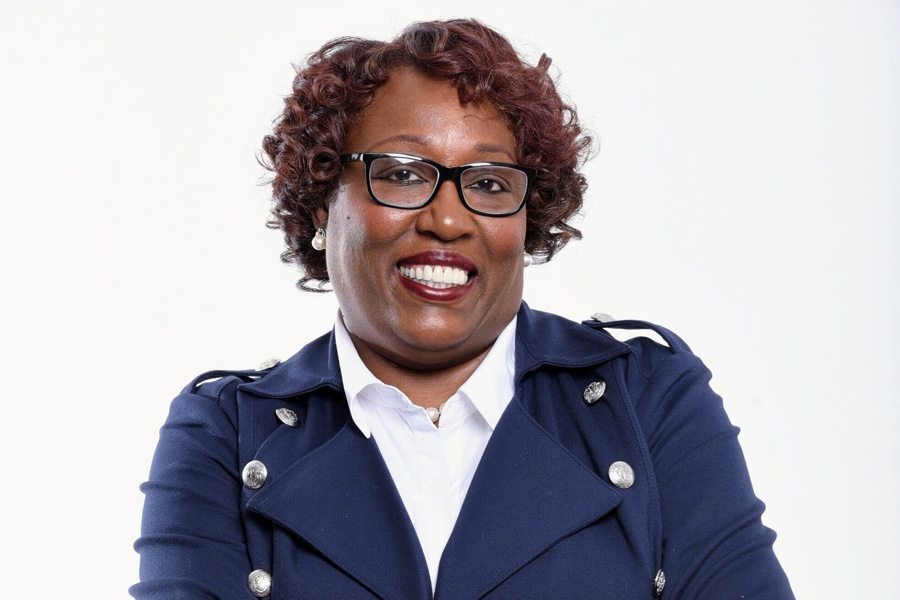 Longtime community advocate Tracey Gordon is a Democrat running in the contested primary for register of wills. We talk to the former candidate for City Council, city commissioner, and state representative on running for a fourth different seat, her grassroots campaign, and why she thinks the office of the register of wills is necessary.

Why are you running for office?
As a leader who has continually served Philadelphia constituents for over 20 years, I am the most qualified for the seat. My track record with community engagement as an elected committee person and former deputy commissioner proves I can bring progressive ideas and change to the office of the register of wills. The City of Philadelphia currently has thousands of residents that are in jeopardy of losing their family homes due to “tangled titles” that result in mortgage and tax foreclosures. Within the next 25 years, over $68 trillion in wealth will be transferred from Boomers to younger generations (the largest wealth transfer in American history). I come from a generation that took pride in homeownership, and it is in my interest as the register of wills to protect that tradition for all Philadelphians by introducing comprehensive probate reform.

Create ongoing educational workshops for the public to increase awareness on the process of probating a will. Many people’s first engagement with the office of the register of wills happens after the loss of a loved one, and I believe introduction to the office should not be during a time of grief. I want the citizens of Philadelphia to know their estate options prior to being in a vulnerable state.

Reform the assigning process for the court-appointed guardians via Orphans’ Court. Pennsylvania’s guardianship statute allows Orphans’ Court to place total control of a person’s affairs in the hands of a “guardian” once that person has been deemed incapacitated; however; due to numerous reports of fraud and forgery, stolen assets, and illegal property transfers, the overseeing of this appointment has been mismanaged, making reform vital.

You’ve run before for City Council, city commissioner, and state representative. How will your previous campaign disappointments shape how you plan to run this time around?
I view the outcomes of my previous campaigns as empowering rather than disappointing. Running in 2011 and 2015, as well as serving as deputy commissioner, has shaped my current campaign strategy by giving me insight on why we have so many disengaged registered voters in Philadelphia, thus making my prior runs essential. I learned that low voter turnout is due to the lack of hope – voters believe things won’t change. As a grassroots candidate who was a serious contender in former elections, I restored hope back to constituents by proving to them things can change. After my initial runs, I remained committed to my community and continued to fight for Philadelphia constituents.

You’re in a contested race against a ten-time incumbent and another opponent. What makes you stand out?
My name. Tracey Gordon is a known community stakeholder here in the city. My constant advocacy for a better quality of life, better business practices, and better city services has resulted in legislation such as the current 311 system and the Tracey Gordon Rule that prohibits duly elected committee people from being unseated. As a thriving leader, committee woman and block captain for over 20 years, I attend meetings, workshops, and city-led events to share available resources with constituents. Residents often petition me to engage elected officials instead of reaching out themselves because they understand the weight of the Tracey Gordon name in public offices. I have humbly sacrificed my personal time and exercised this amount of community servitude as an unpaid volunteer; imagine what I can influence once I am elected for register of wills.

Some have argued that the office of register of wills should be eliminated; why do you think voters should care about this particular race?
In one of the cities leading in poverty in America, property transference will likely be the most valuable and possibly only asset for the average Philadelphian to accumulate. Most constituents are unaware that this office exists, and that speaks volumes to the lack of community integration from this office over the past 40 years. During voter outreach drives I’ve lead as deputy commissioner, I learned that there’s apathy on the less “sensational” elected positions. The register of wills is responsible for engaging property owners on the importance of probating a will as well as protecting our most vulnerable citizens when they are no longer able to manage their affairs. As register of wills, I plan to decrease the alarming amount of “tangled titles” and fraudulent estates in Philadelphia through outreach, because when people know better, they do better.