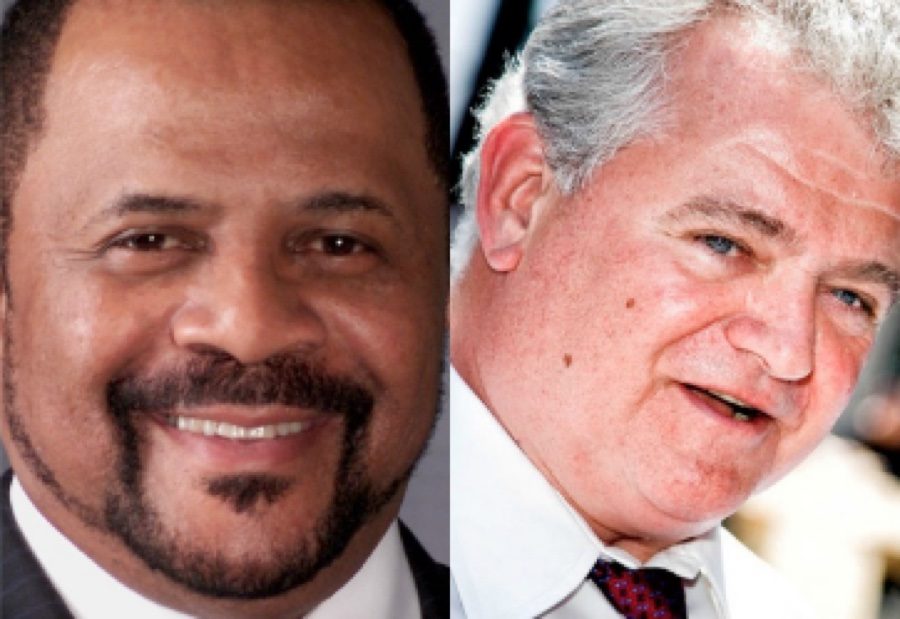 There are times in politics when you can live with an unfavorable decision, and then there are those moments when you want to throw away the entire system.

When the Philadelphia Democratic City Committee decided on Monday night to endorse embattled sheriff Jewell Williams for reelection, it became glaringly clear that the machine doesn’t care about failing us.

In a contested race that includes two accomplished Black women and another Black man who is scandal-free, party leadership chose to back a two-term incumbent who has been accused multiple times of sexual harassment on the job and whose alleged actions have cost taxpayers thousands of dollars in settlements.

In January, the city’s Law Department agreed to pay $127,500 to a former Sheriff’s Office employee who had sued Williams for allegedly sexually harassing her. (Williams’s lawyer has said he was not involved in the city’s decision to settle.) This is the second payout over sexual harassment claims involving Williams since 2012 — the first stemmed from his time as a Pennsylvania state representative — and he is facing yet another federal lawsuit alleging similar misconduct. Williams has repeatedly denied all claims of sexual harassment.

But where there’s a lot of smoke, it’s most likely coming from a fire. It’s hard for me to believe that multiple women from two different offices to which Williams has been elected would falsify serious allegations against him — especially when settlements were offered after internal investigations. With calls for Williams’s resignation coming from Mayor Jim Kenney, other notable politicians, and women’s groups all across the city, Philly Democrats had an easy choice to stand with the members of their base who have rallied alongside the #MeToo movement.

But people in Philly politics often choose power over popularity, loyalty over logic. Such was the case for Philadelphia Democratic City Committee chair Bob Brady, whose rationale for backing Williams is more cringeworthy than reassuring.

“Everybody agreed … We thought about keeping [the race] open — but then we would be turning our back on someone who is accused of something that’s not proven,” Brady told the Philadelphia Inquirer. “And we talked to Jewell. Both cases were settled up without his approval. He wanted to fight both of them.”

So because Williams wanted to fight a case that would have cost the city more money than it chose to spend given its own investigation, we are supposed to just let this fly?

For that rationale and the resulting cowardly decision, Brady needs to resign immediately. What the party leader said on Tuesday night was a slap in a face to countless victims of sexual harassment and those within the party who have demanded more accountability of Williams. Brady’s defense just furthers the kind of machine politics that, even when something is seriously wrong, always props up its own.

The establishment’s hardline insistence on ditching incumbents only when they have been convicted of a crime is gutless and tone-deaf to the complexities that actually shape public distrust. Just because Williams was not convicted of a crime doesn’t mean that he is the best candidate right now. In a race with three other viable opponents, surely there was a better alternative than a man awaiting the outcome of a third sexual harassment case. This decision is especially embarrassing for a political party that has prided itself on speaking up for victims via the Philly Women’s March and has asked us all to “believe victims.”

On May 21st, voters in our largely Democratic city will be handed an endorsement reminder sheet telling them to vote for a candidate whose multiple sexual harassment allegations weren’t taken seriously by his own political party. The bar is officially on the ground, and a terrible precedent has been set. We now know that the concerns of victims and their advocates have no place in a political party that chooses incumbency over accountability — and that its current leader did just “what we had to do.”