“I’m the only candidate in the race who has worked on voting rights or election reform issues as part of their profession,” says attorney Kahlil Williams. 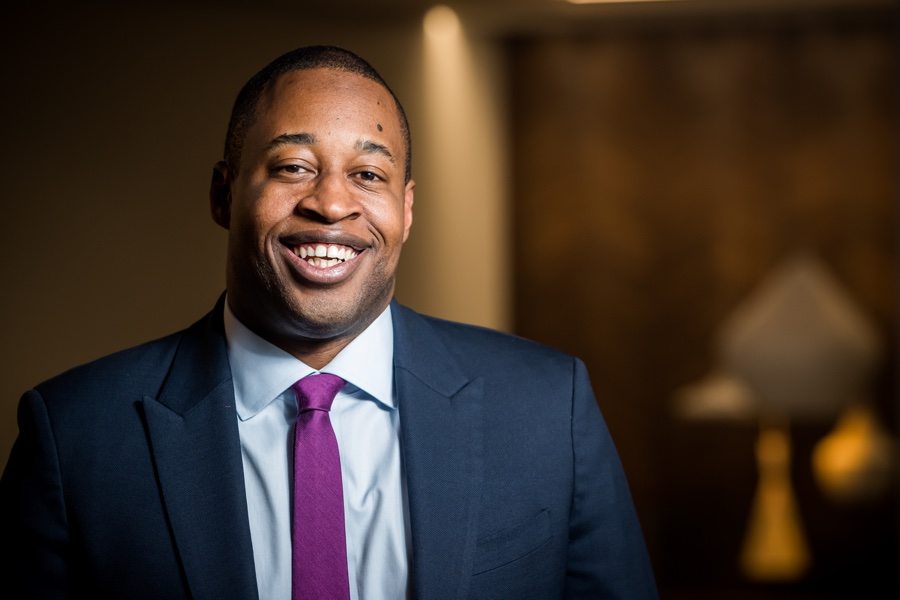 Voting rights advocate and attorney Kahlil Williams is one of 13 Democrats running in the highly contested two-seat race for city commissioner. We chat with the former NAACP Legal Defense Fund staffer on helping to reauthorize the Voting Rights Act, standing out in a tight race, and why he says he’s the most prepared to take on any Trump-led voter suppression tactics in 2020.

Why are you running?
I’m running because I’ve been working hard on voting rights and election reform for the last 15 years, and the commissioners’ office has become known for housing folks that don’t come to work, don’t vote, have abused DROP, and use taxpayer funds to settle sexual harassment lawsuits. Our city deserves officials that are highly qualified and deeply committed to confronting the challenges that lie ahead with respect to voting in Philadelphia.

What are three major things you plan to address?
First, we have to organize law enforcement, civil rights groups, and other community stakeholders to fight back when — not if — Donald Trump attacks the integrity of our elections in 2020. His only path to victory involves suppressing turnout in the Democratic strongholds of key swing states, and he’s demonstrated throughout his presidency that he will disobey and destroy any institutional norms necessary in order to advance himself. For Philly, that means raising the false specter of voter fraud, inciting his supporters to “watch” communities of color, and so on.

Second, the office has to become a megaphone for promoting the election reforms being proposed by Democrats in Harrisburg, which include same-day registration, early voting, and no-fault absentee balloting. Too many folks — including our first responders and shift workers — have to choose between work and voting on Election Day, and we have to push the legislature to make it easier to vote. Third, the commissioners need to be visible and available to all Philadelphians. That means holding their public meetings across the city and focusing resources and personnel in neighborhoods with low voter registration and turnout rates.

You’ve worked for the NAACP Legal Defense Fund on reauthorizing the Voting Rights Act, the Brennan Center for Justice on redistricting reform, and felon re-enfranchisement. How does your previous experience shape how you plan to serve if elected?
I held those jobs while I was a graduate student at Penn, but those experiences drove me to go to law school. Working for the NAACP Legal Defense Fund and the Brennan Center gave me a good sense of what I wanted to focus on at Columbia Law, and what I’d want to do once I left, including running for city commissioner here in Philadelphia. Working for those organizations also taught me that, for all of our progress on voting rights, we have to fight every day to ensure equal access to voting, particularly for communities of color, for individuals whose primary language is not English, and for those with disabilities. I’ll bring that passion to the office on day one.

You’re in a contested race. What makes you stand out?
For starters, I’m the only candidate in the race who has worked on voting rights or election reform issues as part of their profession. Having overseen hundreds of election protection volunteers in my pro bono work, I know how to recruit, train, and advise folks on how to fix problems on Election Day. In addition, as the only attorney in the race, I have unique insight into the legal issues that will impact voters and the office. Finally, we’ve done well raising money and have broken a number of fundraising records for this office already; I hope that will allow us to raise the bar for what all Philadelphians should expect from their elected officials.

Why should voters particularly play close attention to this race?
Philadelphians should pay attention because whether the commissioners’ office operates effectively could determine who wins the White House. Philadelphia will be rolling out new voting machines in 2019, and the commissioners have to ensure that our poll workers are ready for November 2020 so that we don’t depress turnout unwittingly. We also have to protect against voter suppression and cyber security threats from outside forces. A failure on either front could have direct consequences for who wins Pennsylvania, and, ultimately, the presidency in 2020.