Philly Has Never Elected a Woman as Sheriff. These Candidates Want to Change That.

The Year of the Woman lands in Philly’s typically stodgy row-office races. 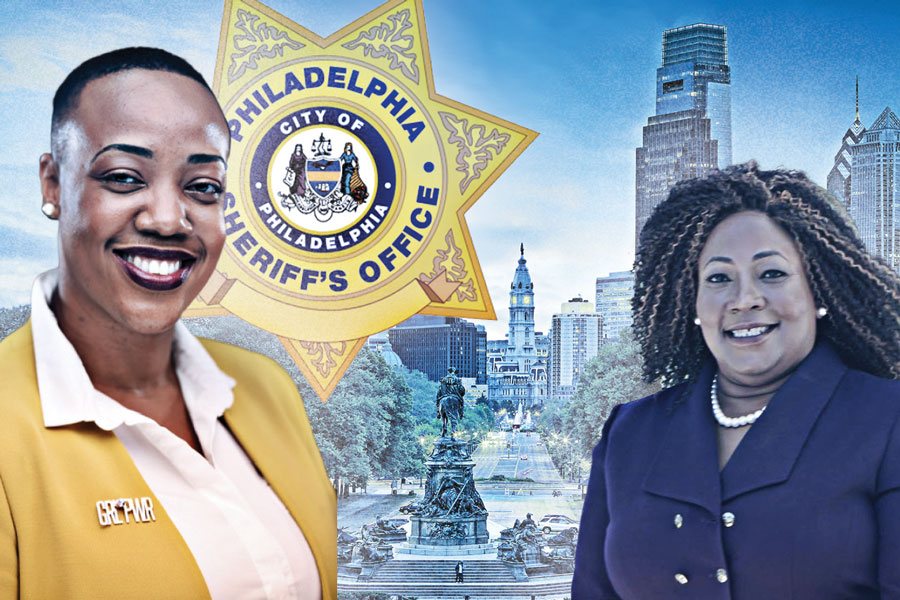 Meet the women in the Philadelphia sheriff race. Skyline photo via iStockphoto.

The momentum that ushered in America’s unprecedented wave of women office-holders will be put to the test in the May primary — and not just in top-of-ticket races. One contest should draw your eye down the ballot, and it’s … wait for it … the face-off for sheriff.

The city has never elected a woman to the office — which ensures the safety of courthouses, transports prisoners to and from court, and auctions court-ordered foreclosures. (What? You didn’t know?) But that could change this year: For what appears to be the first time ever, two women — both of color — are vying for the job.

First to announce was Rochelle Bilal, 61, a retired cop, longtime president of the Guardian Civic League (which reps black police officers), and secretary of Philly’s NAACP. About a week later, Malika Rahman, a former corrections officer and Sheriff’s Office vet, joined the fray.

A major factor driving their decisions: “People who know the Sheriff’s Office see it as negative,” says Bilal. Beleaguered seven-year incumbent Jewell Williams has been accused of sexual harassment in lawsuits by three women. (Williams has denied the allegations; two cases were settled, with one pending, at press time.) His predecessor, John Green, was accused of conspiracy and fraud in 2015 — and though he beat the charges last year, prosecutors have vowed to retry him for corruption.

Longtime public affairs consultant Larry Ceisler says the allegations against Williams could “elevate” the typically uncontested race, bringing out the same bloc that carried Rebecca Rhynhart to the controller’s office in 2017.

After last year, Rahman is hopeful. “When you see young women become ‘the first this,’ that means, ‘Yes, now I could get to be the first, too,’” she says. “We get to make other firsts. And they make seconds.”

Published as “A New Sheriff in Town?” in the March 2019 issue of Philadelphia magazine.