Five Questions You Should Ask Candidates Before Signing Their Petitions

Candidates running in Philly’s May primary have until March 12th to gather enough signatures to get on the ballot. Here’s how to make your brief interaction count. 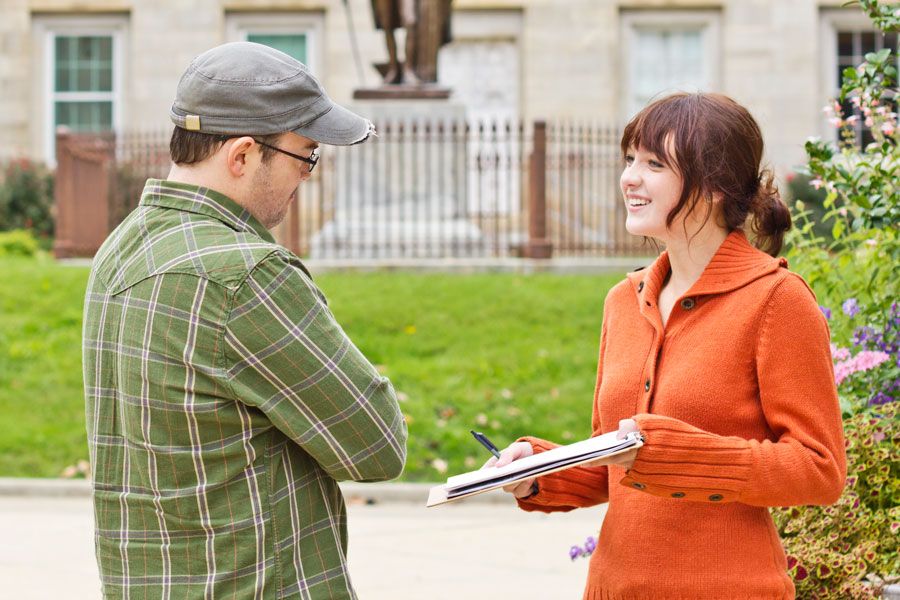 Next Tuesday, March 12th, is the final deadline for candidates running in Philadelphia’s May 21st primary election to submit their petition signatures to get on the ballot. There are more than two dozen individuals who have voiced interest in running for City Council, with other challengers vying for mayor, city commissioner, sheriff, and judge. By now, you may have already had someone come up to you and ask you to sign to support a particular candidate’s bid. If not, expect that to change as candidates and their surrogates enter the home stretch.

For candidates, getting on the ballot is often one of the most challenging moments of the campaign. But for voters, it can be an opportunity to ask political hopefuls legitimate questions that can help you (and, ideally, them) decide if they’re the best person for the job.

Remember: You can’t necessarily sign every petition that’s put in front of you, so choose responsibly. First, you can only sign petitions for candidates whose party matches your voter registration — so a registered Republican cannot sign a Democrat’s nominating petition, and vice versa. You’re also limited to the number of open seats for that particular office. Since there are five at-large City Council seats open for Democratic candidates, you can only sign the petitions of up to five Democratic candidates; for mayor, however, you can sign only one petition. And if you’re a registered independent, you’ll have to wait until independents are allowed to start circulating their petitions for the general election, which begins on March 13th.

Here are five questions to ask candidates and their surrogates on the campaign trail:

What makes you stand out from other candidates?

Every candidate should have a good answer for what makes them unique in a field that often contains people with similar platform issues or ties to similar racial, political, and cultural groups. For example, although Sherrie Cohen and Adrian Rivera-Reyes are both LGBTQ City Council at-large candidates, they have different approaches for achieving victory: Cohen is running with a grassroots “movement,” while Rivera-Reyes is hoping to appeal to millennial progressives. Asking this question helps you, the voter, remember them and see how they envision their campaign.

What’s the one major issue you plan to address?

Candidates run on a mass of issues to try to appeal to a wide swath of people, but deep down they generally have one issue they want to tackle head-on. Whether it’s poverty or criminal justice reform, nail them down to one thing that will help you decide whether you’re interested in their bid. While City Council candidate Erika Almirón is running on a myriad of campaign issues, one central tenet of her platform is immigration reform. Having this kind of focused information could be especially helpful in selecting among all those at-large Council candidates.

What coalitions are already supporting a candidate says a lot about them. The difference between having the backing of corporations or grassroots community activists speaks volumes. For example, Councilwoman Maria Quiñones-Sánchez isn’t backed by the Democratic party, and she has also made it a point to be critical of the role that the Local 98 has played in her contested race. Knowing who has ties to a candidate also gives you the head’s up on what agenda they’re likely to favor.

What’s the last job you succeeded in?

Seeing where and how a candidate defines success lets you know their priorities. Were they a successful attorney, activist, or corporate magnate? For City Council at Large candidate Katherine Gilmore Richardson, it comes from her previous work with Councilwoman Blondell Reynolds Brown. For City Council district challenger Jamie Gauthier, it was serving as the former executive director of the Fairmount Park Conservatory. All of these various job titles can help you decide whether you care for the values/skills these candidates learned from previous work.

What will you do if you lose?

All candidates believe that they will win, but knowing how they will continue to lead if they unfortunately don’t is crucial. Will they end up continuing down the corporate track like 2015 mayoral hopeful Doug Oliver, or will they run again like third-time City Council candidate Isaiah Thomas? Knowing how these candidates plan to contribute to the city if defeated can help you decide whether their overall motivation deserves support.