Where Do All of Those CBS Sunday Morning Suns Come From?

Well, at least 60 were designed by the girls at one Catholic high school in Philly. 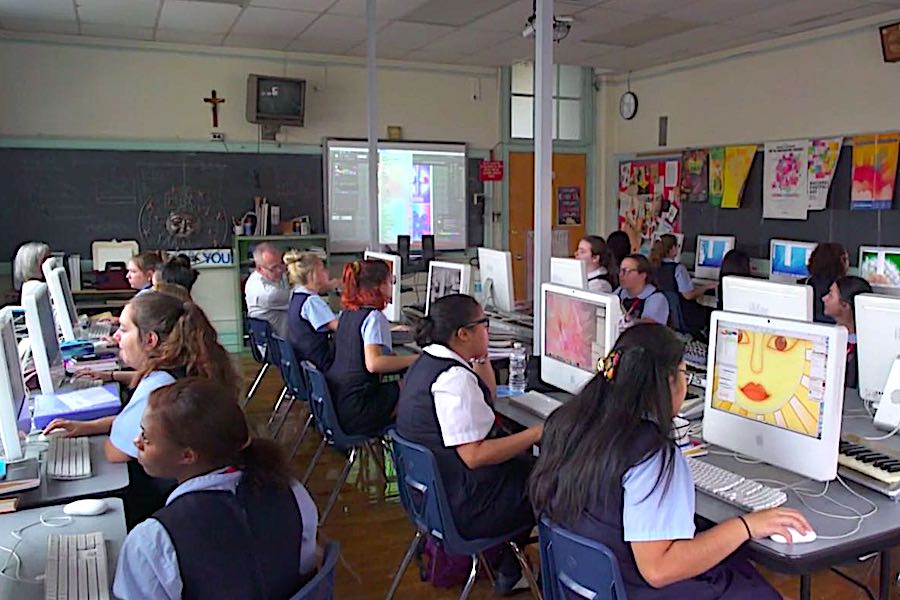 I finally have the answer to one of life’s burning questions. Each week, as I watch CBS Sunday Morning, I wonder where on earth they come up with all of those sun designs that are interspersed throughout each episode. Well, this week, in the show’s special 40th anniversary edition, they revealed the process behind the suns — and the fact that dozens of the suns they’ve used in recent years have come from one Philadelphia high school’s art class.

“I’ve been watching that show since it began in 1979,” says Jim Stella, the art teacher at John W. Hallahan Catholic Girls’ High School at 19th and Wood streets, around the corner from the Barnes Museum. “And about five years ago, I just decided to start having the girls make sun designs for the show.”

Stella, a 65-year-old South Philadelphia resident, had been showing the arts-centric segments of the revered Sunday morning show to his classes for years, and then one day, he thought, why not have his students send in their own suns? 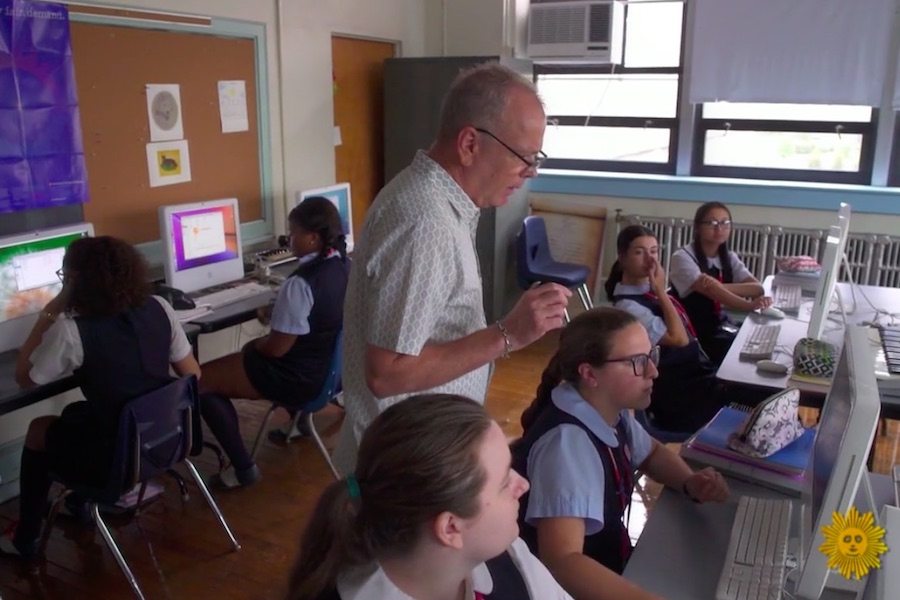 The girls in his class use Adobe Illustrator to create suns to submit, and their success record has been pretty damn good.

Each year for the past five years, Stella has sent anywhere from ten to twenty suns to CBS Sunday Morning, and he says that at least 60 of the girls’ suns have appeared on the show. 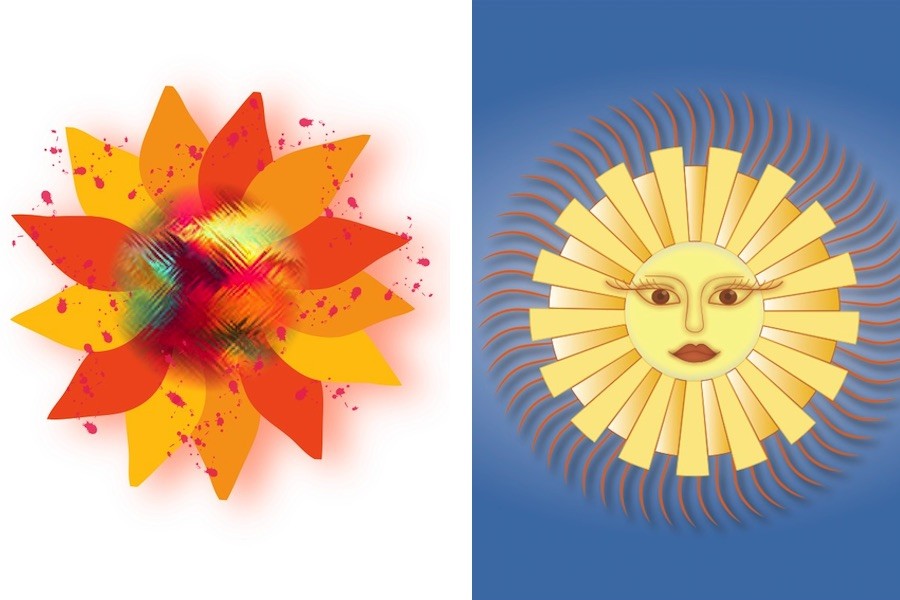 Sun designs by students TyLynne and Katherine that made the CBS Sunday Morning cut.

“I have just gone through the latest envelopes that have been delivered within the last month or so, and opened yours about five minutes ago,” Jessica Frank, the person at CBS Sunday Morning in charge of curation of the suns, wrote to Stella back in 2015. (See her talk about the process in the video below.) “I am WOWED at the beauty of these suns — every one of them — and I’d love to use them on our show. Your students are enormously gifted, and I am truly honored that you would think of submitting them to us.”

Stella, who has been teaching in Philadelphia’s parochial school system for 43 years, says that he doesn’t find out that one of the girls’ designs will be televised on Sunday morning until the night before an episode airs.

“Jessica emails me on Saturday night around eight or nine o’clock,” he explains. 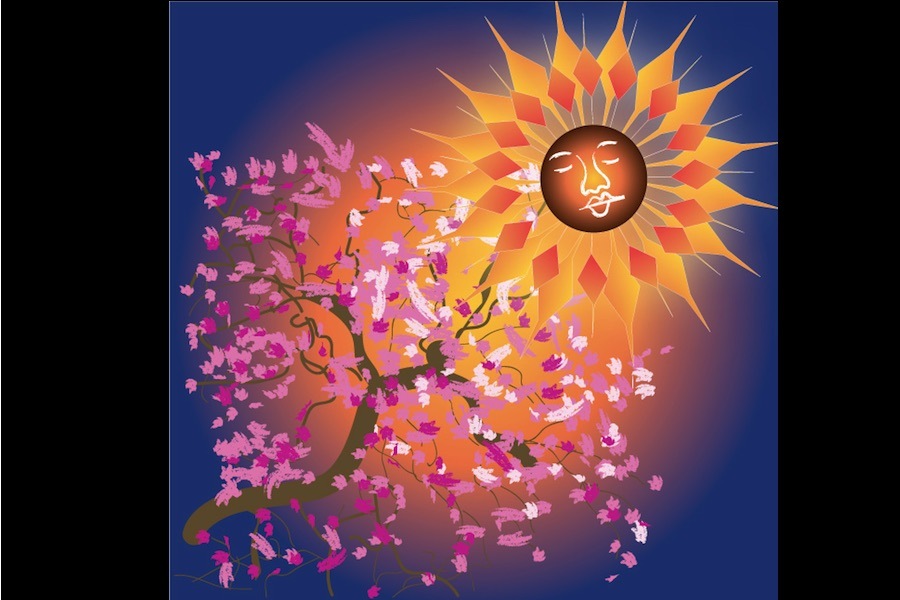 One of the earlier suns from Stella’s class accepted by CBS Sunday Morning. This one was created in 2015 by a student named Jenny.

The process begins for this academic year at the beginning of February.

“By now, they’ve learned the program and know the tools,” Stella says. “So they’ll have about a month to work on them, then I’ll critique them and we go back and forth, and then off they go to Jessica.”

In a world where so many people seem to hold up the Kardashians and whatever YouTube-star-of-the-minute as role models, I couldn’t help but wonder whether high school girls these days find any value in having their artwork featured on a television show like CBS Sunday Morning, which, let’s be honest, is straight-up nerdy — or if this is just some chore for them that they’re required to complete.

“Oh, no, they love it,” insists Stella. “They get so excited when they see their creations on TV. Of course, they are graded on it.”