Amber Hikes on racism in the Gayborhood, her secret talent, and the one person she'd love to see run for president. 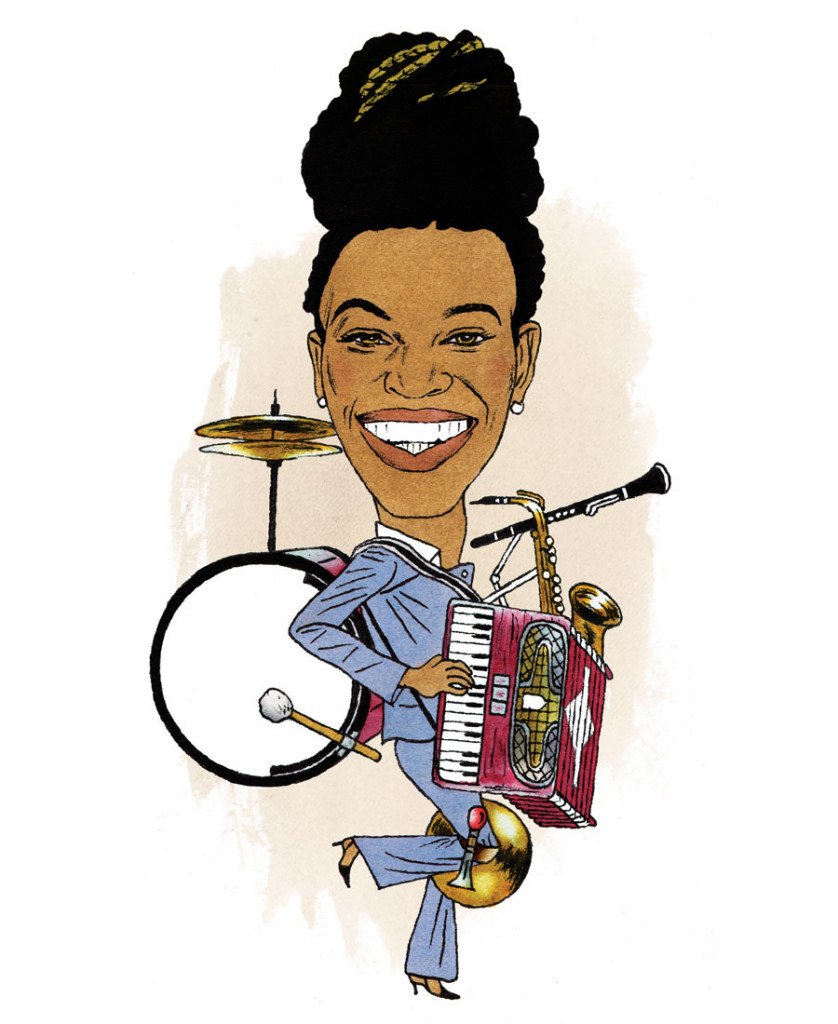 My full name is … Amber Jelena Hikes. It’s pronounced “Yelena,” and the only reason there’s a J is that my father’s name is Jeffrey and he wanted to have his name represented somewhere in mine, which is obnoxious.

I was born in … Okinawa. I was a military brat, raised in Japan, Hawaii, Louisiana, Georgia and Delaware.

I came to Philly … 12 years ago, to go to grad school at UPenn for my master’s in social work.

I live in … Graduate Hospital. Can I even call it that anymore?

My worst subject in high school was … geometry. It was weird, because I was really good at trig, algebra and pre-calc.

I came out … during my freshman year of high school, to my mother. But as is the case with a lot of queer folk, everybody around me already knew.

I would love to visit … Thailand and Egypt. Thailand was my mom’s favorite place in the world, and Egypt was where she wanted to go and had not gone when she passed in 2008.

The one thing I’m most proud of during my tenure at City Hall is … our LGBT leadership pipeline, which will change what leadership looks like in our communities, not in 10 or 20 years, but this year.

When I found out that Out magazine put me on its Most Influential list in November … I cried.

When I need to blow off some steam, I like to … lift heavy at the gym or drink bourbon. Depends on the day.

The last book I read cover to cover was … Becoming, by Michelle Obama. I’m biased. She can do no wrong, along with Beyoncé and Oprah. I like the new Michelle. It’s nice to see people be able to be real after public service.

My secret talent is that I can … play five instruments: clarinet, drums, piano, sax and the recorder, which doesn’t really count. I was in marching band in high school and played in the 2000 Olympic Band in Sydney.

I buy most of my clothes at … Express. Everybody thinks I have fancy tailored suits. Not on this government budget.

I like to collect … anything Batman. I have a serious Batman collection. And elephants. My mom collected elephants, and now I do.

Trump is … a painful reflection of the realities and history of America.

The one person I’d love to see run for president next is … Michelle, but she’ll never do it.

If I could fix one thing about Philadelphia, it would be … our housing crisis. Well, and that we’re the poorest big city.

If I didn’t live here, I’d probably live in … L.A. I love everything about Philadelphia except this weather. It hurts my bones.

One thing I am deathly afraid of is … failure.

The actress who should play me in the movie of my life is … Angela Bassett. She’s friggin’ gorgeous and still looks like she’s 25, so that would do me all kinds of favors.

Published as “One of Us: Amber Hikes” in the February 2019 issue of Philadelphia magazine.