Roy Halladay may have started his career with the Toronto Blue Jays, but he was still one of ours. 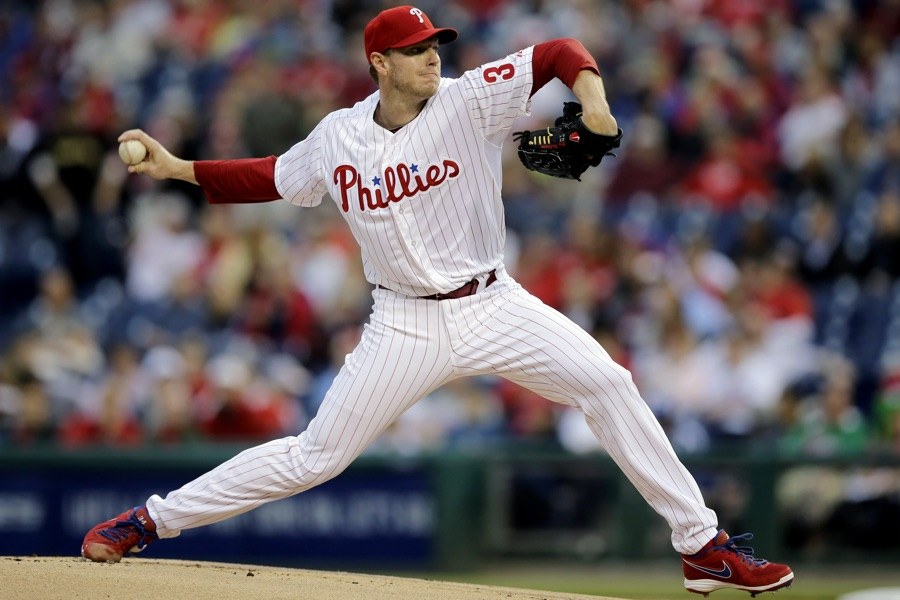 Roy Halladay, the two-time Cy Young award-winning pitcher who spent the final years of his career with the Phillies, was elected to the Baseball Hall of Fame yesterday.

Halladay was a rare sort of player. He didn’t begin his 16 year career here in Philly — that distinction would go to the Toronto Blue Jays — but by the time he retired in 2013, we had adopted him as one of our own. It hardly mattered that Halladay technically retired as a Blue Jay, or the fact that he previously said he’d like to wear a Jays cap if ever inducted into the Hall. He was still one of ours.

Before his death at 40 in a plane crash — Halladay was an avid amateur pilot — he provided Phillies fans with many fond memories during his four-season tenure with the team. He played an integral part in the squad’s 2010 run to the National League Championship Series. That series in particular featured some vintage Halladay pitching, which earned the Colorado native his second Cy Young award. More impressive still was the no-hitter he tossed in the playoffs against the Cincinnati Reds — the second in baseball history, and a feat yet to be replicated since.

Former teammates and baseball greats chimed in yesterday to the news of Halladay’s election, in his first year of eligibility, to the Hall:

What a #HOF2019 class! Congrats to my brother, Mariano Riviera, on becoming the first player to be elected unanimously. So happy for all four inductees, including my mentor Edgar Martinez, my teammate Mike Mussina and the late Roy Halladay, one of the best I ever faced.

But it was the blogger behind the Phillies fan site Zoo With Roy, who for years wrote about the team amidst an ongoing petition (eventually successful) to go to the zoo with Halladay, that said it best:

Halladay’s posthumous induction to the Hall will take place this July. In the meantime, check out an oral history of that playoff no-hitter below: