The Best Thing That Happened This Week: Let’s Welcome Our Robot Overlords in Three … Two … One …

Giant is rolling out enormous electronic helpers in all its supermarkets. What could possibly go wrong? 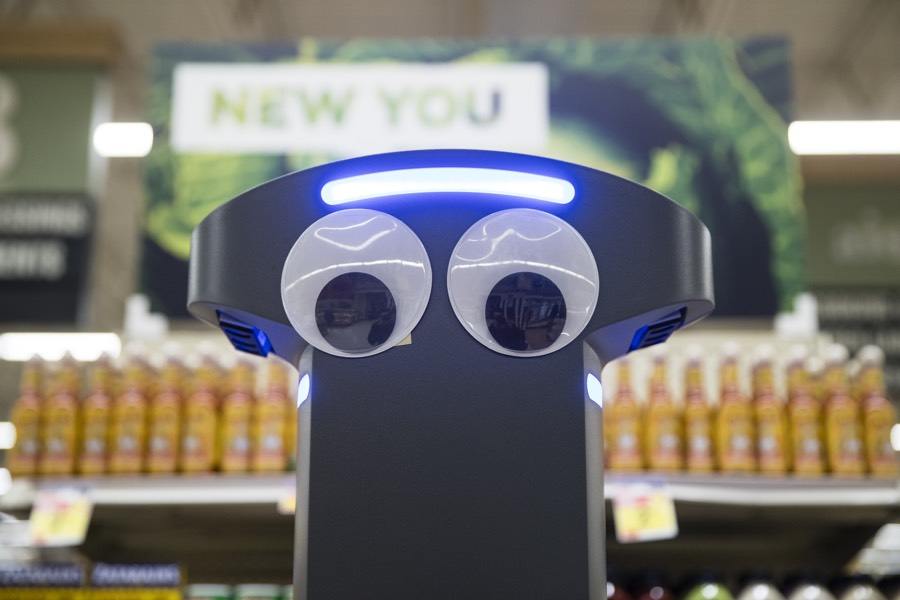 Philadelphia has, fairly or unfairly, a reputation as a tough town. Santa and the snowballs.  Frank Rizzo’s nightstick in his cummerbund. Boss Durham. Christine Flowers. We’re also (largely unjustly) known as being averse to change. But we’ll admit, we were a little unsettled when we heard that the Giant chain of supermarkets — where we faithfully shop each week, hello Henry!, and which will open a spanking-new Heirloom Market in Grad Hospital next Friday — is planning to install roving six-foot-five, googly-eyed robots named Marty at all of its 172 stores. The idea is that the Martys — they’ll wear name tags, natch — will alert staffers to spills, scan shelves to see what needs restocking, and pose for selfies with shoppers, thus softening us up for exposure to such workaday robots, which the company insists won’t take away humans’ Giant jobs. Okay. We’re not calling you a liar, Giant. But we did think we should remind you what happened the last time a robot wandered into this town.