Because having Amazon stick boxes on your stoop has proved to be a really bad idea. 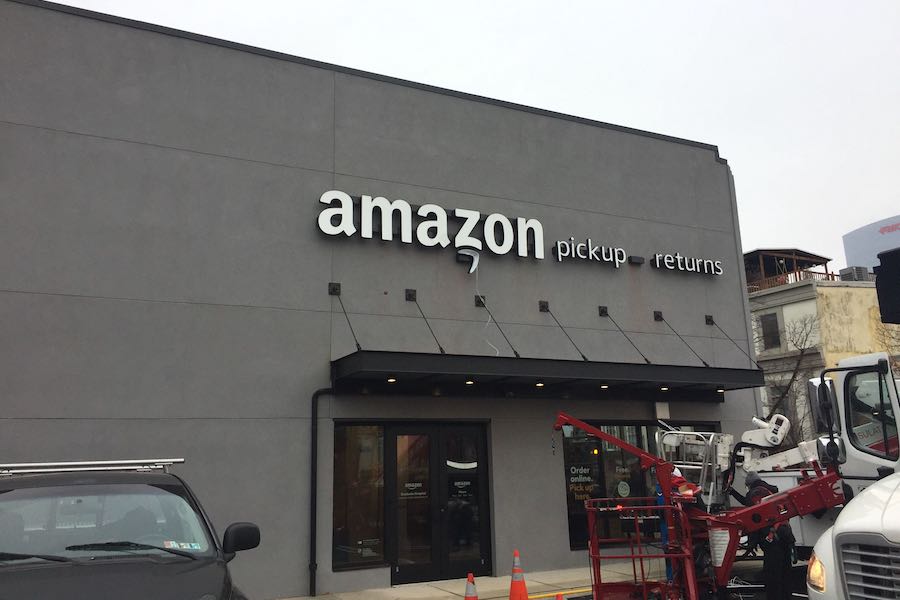 With package theft an ongoing problem in the city — the police department actually just shared yet another video of yet another package theft suspect — Amazon on Tuesday opened a new staffed Amazon pickup location where you can have your packages delivered instead of having them sent to your home.

The new Amazon pickup location debuted at 23rd and South streets in what I guess people still call the Graduate Hospital section of Philadelphia. It’s the second staffed Amazon pickup spot in Philadelphia, the other one being on the University of Pennsylvania’s campus, Amazon@Penn.

There are already a lot of Amazon lockers spread throughout the city — I use one in my neighborhood in West Philly all the time — but the problem with the lockers is that you can’t get large or heavy boxes delivered to them. That’s where these staffed Amazon pickup locations come in.

You place your Amazon order and select the pickup location. When your package arrives, you’ll get an email and a ping on your Amazon app telling you it’s ready for pickup. Once you’re on your way to get your package, you press a button on the app letting Amazon know so that when you show up at the office, the box is ready at the desk waiting for you. You can also use staffed Amazon locations like the one at 23rd and South to handle returns.

I’ve used the Amazon@Penn office several times, including when my microwave blew up recently and I needed to get a new one. The microwave box was too big for my local Amazon lockers, so I had to go to the Penn office to get it. Not hugely convenient, but with two-day free delivery and the security of knowing that no bandit was going to swipe it from my doorstep in the middle of the day (and, well, the Amazon price was the best around), it was well worth it.

“The neighborhood seems really happy to have us here,” one worker in the new Amazon pickup location told me on Tuesday morning when I visited the spot. “We’ve been getting a lot of people outside taking pictures and waving.”

News of the opening was posted to the Southwest Center City Facebook group on Monday evening, and feedback was generally positive. But not everyone was enthused.

“Gross,” commented Joe Cox, the ubiquitous Philly bike messenger who’s planning to run for a City Council-at-large seat in the May primary.

“I’m not a fan of Amazon,” Cox later told us. “We should be supporting little guys. Not guys like Amazon. It’s gross how much money the City of Philadelphia offered them to [open HQ2 here.] We should be spending that type of money on everyday workers and street citizens.”