The Best Thing That Happened This Week: Tom Wolf Buys Some Cool

For his second inauguration, the Guv is taking a new tack. 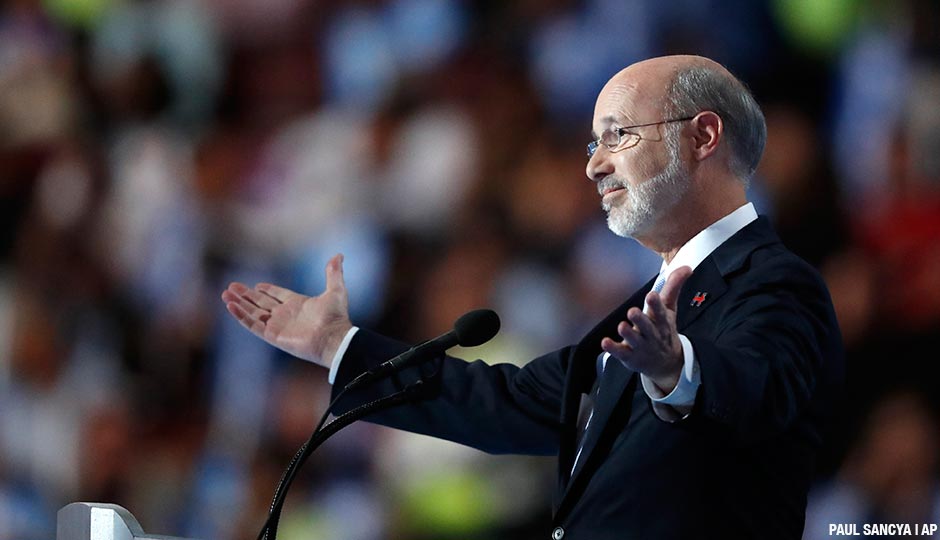 We don’t know how you feel about Pennsylvania’s current governor, Tom Wolf, but we can guess how you don’t feel. We’re pretty sure you don’t think he’s hip. Or hep. Au courant. Chill. Swaggy. Or whatever coinage your demographic slice employs for a guy who’s, um, on fleek. I mean. Dude went to Pottstown’s Hill School, alma mater of the terminally doucheous Don Trump Jr. and brother Eric. Graduated magna cum laude from Dartmouth. Has a PhD from—MIT? (In poli-sci, no less.) His dissertation, on the U.S. House of Representatives, was named 1981’s best by the American Political Science Association. (Bet that brought the babes in droves.) Then threw academia over to become manager of a True Value hardware store. (Insert fire emoji here.)

Since his election in 2014, the Governor has focused on fracking, pro and con (ooh!), expanding Medicaid (ahh!), improving the state’s legal-contract bidding process (mm-hmm!), pushing education funding (yaass!), and tinkering with taxes (woo!). He also announced he has prostate cancer. (Sex-ay!) These are only a few of the reasons why you could have knocked us over with a feather when news broke on Thursday that the headline entertainment at Wolf’s second-term inauguration this coming Tuesday will be …

No, not Lawrence Welk.

No, no, not the Captain and Tennille. (Sorry to lose you, Captain.)

Nope, not you either, Northeastern High School “Bobcat” Marching Band, even though you got the call for Wolf’s first inauguration, back in 2015.

This time around, Wolf’s going with the Roots.

Our kudos to you, Mr. Governor, sir. We misjudged you. Though we have a sneaking suspicion new Lieutenant Governor John Fetterman might have had something to do with this.