The Best Thing That Happened This Week: The Fight to Bring Amtrak’s Clack-Clack Back

30th Street Station’s iconic signboard may not be doomed after all. 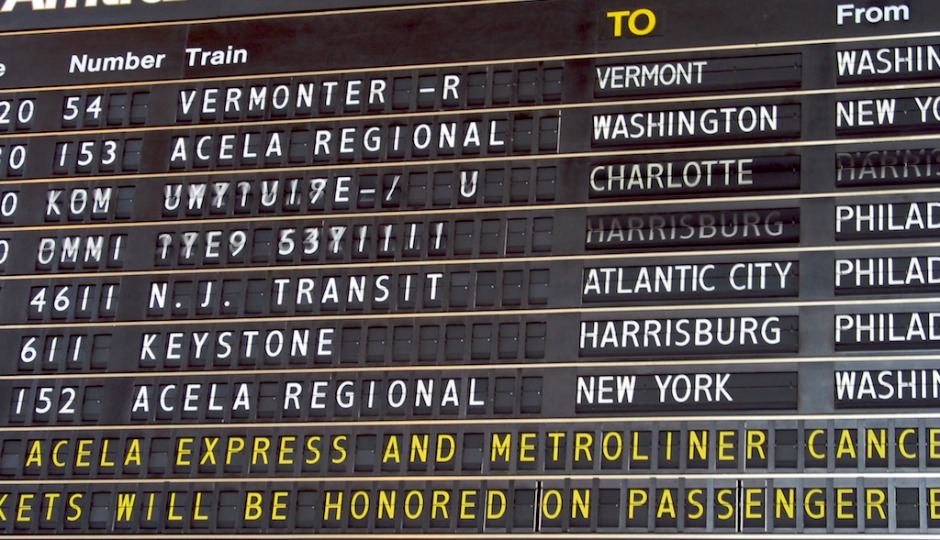 First came the good news: 30th Street Station—the majestic Art Deco train hub in West Philly that through the years some individuals have officially renamed but hey, this is Philly and we hate change so no one calls it anything but 30th Street Station and never will—would undergo a massive upgrade that would include its PA system, to make it easier to hear those often-garbled announcements.

Then came the bad news: The flipboard was going to go.

In case you’ve never caught a train there, the 30th Street flipboard, or split-flap display, is this super-cool (if not especially comprehensible) 1970s relic, also known as a Solari board for its Italian manufacturer, that shows you whether your train is on time or delayed and what gate to go to. Split-flap boards were also once used on TV game shows, including Family Feud, though FF has progressed to a digital display, which is what the planners at 30th Street intended to put in.

But lo, news that the board would be lost elicited a loud hue and cry from railroad folk, who, if you know them, tend toward the Luddite, especially those in Philly, who are Luddish to begin with. (See: Renaming 30th Street Station, above.) Hey, don’t it always seem to go that you don’t know what you’ve got till it’s gone? Among those who rallied was the Inquirer’s Pulitzer Prize-winning architecture critic Inga Saffron, who noted that Solari’s American rep told her the still-extant company could rehab the sign for $100,000, as opposed to the, oh, gee, $11 million budgeted by Amtrak for the public-announcements upgrade. And local folk Oat Foundry offered another option: It could produce a digitally controlled flipboard connected right to the cloud for well under $6 million.

Never fear. ’Tis the season of Christmas miracles, and lo, out of the East—well, the Northeast—there came a wise man … hmm, rather, a cool bro, U.S. Rep Brendan Boyle, who, alarmed at the prospect of not hearing that sweet clickety-clack when he takes Amtrak to D.C., dialed up the Big Train CEO, Richard H. Anderson, to implore him to Save That Sign. Anderson, Boyle reported on Marty Moss-Coane’s Radio Times on Tuesday, seems amenable to the idea. And it turns out planning for the PA redo is in early enough stages that the specs for project bidders can still be tweaked.

Which is great news for trackheads as well as for more general nostalgics like us. Though the whole episode, as one Twitter wit noted, raises the question: Why can’t we get our shit together to similarly rally for bike lanes, or gun laws, or safe injection sites? Oh well. Clackety-clack, don’t talk back.