After 20 local religious leaders called for the repeal of Kenney’s signature policy, the stage is set for a person of color to run against him. 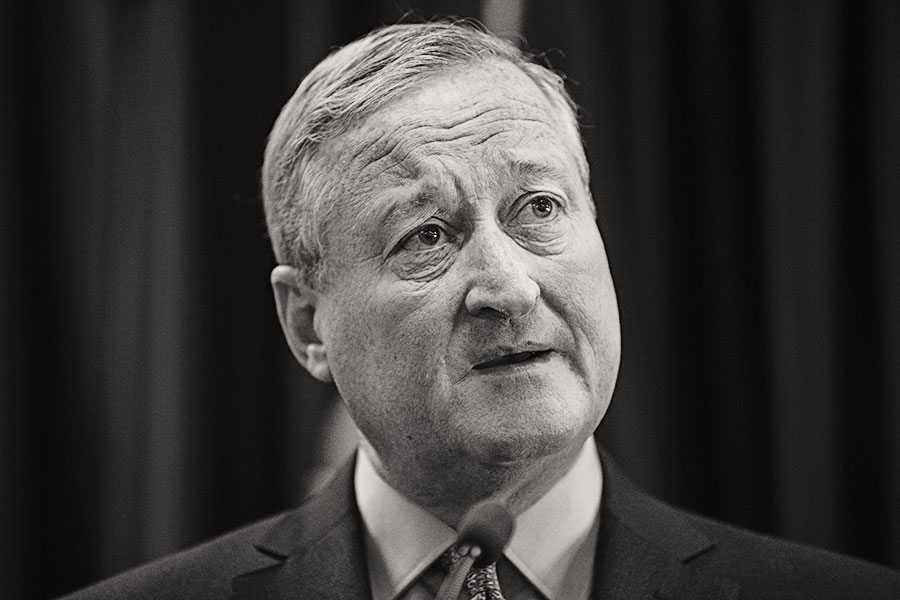 In case you missed it, something epic happened last week that could possibly shake up next year’s mayoral race.

On November 26th, 20 local Black clergy leaders banded together to call for the repeal of the Kenney’s administration’s ever-so-controversial soda tax. In an op-ed published in the Philadelphia Inquirer, the coalition describes the tax as doing “more harm than good because it targets the members of our community who can least afford it” and calling for the “quickest way to end the harmful beverage tax and mitigate its negative effects.”

My mouth dropped to the floor, for several reasons. First, their concerns mirrored critiques I’ve made about the regressive tax since the administration lobbied for it back in 2016. I, too, would later propose alternative ways that our city could have gotten this money without overcharging for sugary beverages in lower-income communities.

But more important, as a man who has grown up in the Black church, I know it’s not easy for a coalition of clergy leaders to agree on anything — especially politics. Up until now, the local Black church has remained notably silent on the soda tax. Unlike other Black community leaders, such as Philadelphia NAACP president Minister Rodney Muhammad (who was collecting checks from Kenney’s PAC and touting his NAACP affiliation while lobbying for the levy), the clergy steered away from mayhem.

“We don’t believe [their] concerns are founded,” Kenney said in response to issues raised by the clergy leaders’ op-ed. “I am surprised. I’m a little hurt, I’m a little surprised, and I’m a little sad that the beverage guys [industry opponents] are continuing down this road. There’s no reason to [repeal the tax]. It works and it’s not hurting anybody.”

But these 20 Black clergy leaders aren’t “beverage guys” — they are the same people who helped get Kenney elected in the first place. For this influential sector of the community to inject their dissent over the current mayor’s signature policy as potential candidates prepare begin to enter the upcoming Democratic primary suggests one thing: They most likely want someone to challenge Kenney on his soda tax. And I’ll go one step further: It should be a Black candidate.

I can’t think of any community that Kenney has let down more than his Black constituents. For starters, it’s hard to say whether things have actually gotten better for the Black community in Philadelphia since he was elected. We continue to see no major improvements in addressing poverty, ongoing stop-and-frisk, gross inequity, and segregation via gentrification.

Kenney’s first mayoral campaign in 2015 saw a huge upswing of Black support from the Northwest Coalition and fellow City Council members. To many at the time, he was the Great White Hope in a race that had two Black candidates (state Sen. Anthony Hardy Williams and corporate exec Doug Oliver) who were planning to be succeed two previous Black mayors. Kenney disrupted that trend and initially appeared to be the more progressive candidate. But in 2018, Kenney’s sincere commitment to communities of color doesn’t seem to be as black and white (take, for example, his reneging on removing the Rizzo statue).

All of these shortcomings make a strong case for a robust Black candidate to run against him in the upcoming Democratic primaries. The Black coalition that once rooted for Kenney has now begun to fracture as stronger pushes for social justice candidates have taken off. Strategically, it would be interesting to see if a large base of Black politicians will still back Kenney in spite of the concerns raised by Black clergy leaders. I personally doubt any of them will go to bat for Kenney against faith leaders who are well respected in their communities. Which then prompts the question: Which Black Democrat would most likely challenge Kenney?

My guess would be Councilwoman Cindy Bass, who has undoubtedly stood out in the past year with her legislative push to end the 10-year tax abatement plan, proposals to tackle big pharma during the opioid crisis, and speaking to racial disparities in lower-income communities. A visible supporter of Kenney during his first bid, Bass has since distanced herself from him when it comes to funding public schools and even addressing race in Philadelphia. During the Starbucks arrests, Bass spoke of Kenney’s response to the issue this way: “Having your heart in the right place, and sending out sentiments of such, does very little in the neighborhoods where people are affected.”

At a time when Black women within the Democratic party are overdue to lead, the case for Bass seems very clear. If elected, she would be the city’s first female mayor and the fourth one of color out of what would have been a hundred who have held the position. It should also be noted that over the weekend, Bass’s former staffer Patrick Jones just announced that he’s running for her seat. Anyone who understands Philly politics knows that former staffers never run against a boss that still holds immense power — unless they suspect that former boss isn’t running again.

Translation: Bass would be the smartest pick to leave her City Council seat and hold Kenney accountable this spring.

And Kenney deserves every bit of it, because members of the city’s largest racial demographic are due answers — and possibly a new face to provide them.