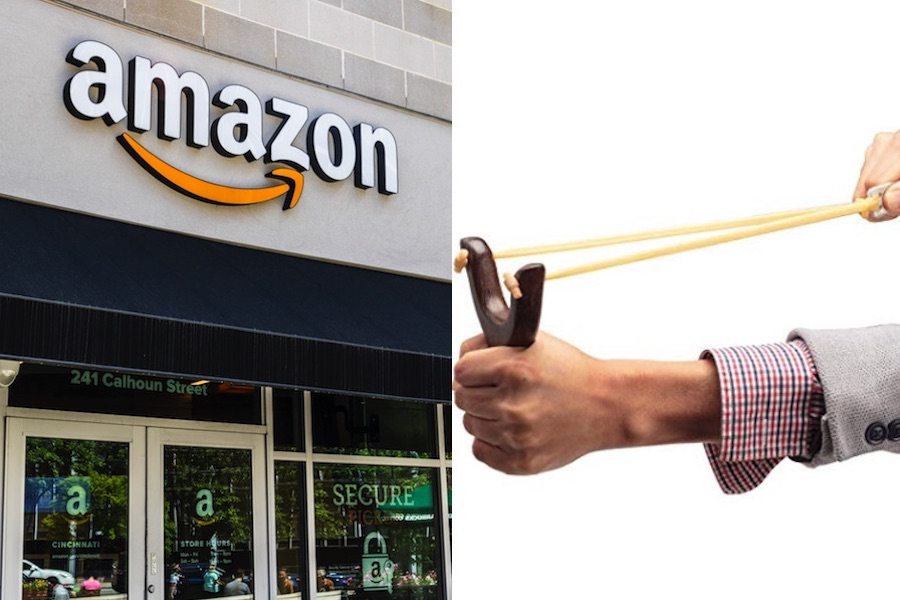 Left: Amazon image via iStockPhoto. Right: The slingshot that Amazon won’t deliver to my house, because I live in Philadelphia. (Promotional image via Amazon)

It’s Cyber Monday, so naturally, like any good American consumer, I’m planning on doing some Christmas shopping on Amazon Prime. We use Amazon Prime quite a bit, usually getting packages shipped to my office on Washington Square or one of those nifty Amazon lockers or, for larger items, the Amazon office at Penn, since porch theft is such a common problem in Philadelphia. But there’s one item in my shopping cart that Amazon refuses to deliver to me in Philly: a bow and arrow set.

My son, who turns 13 in January, recently discovered archery. He has a buddy who owns two compound bows designed for kids their age, and the boys have gone target shooting a few times — all under adult supervision, of course.

And so, when it came time for my wife and me to choose his “big” Christmas gift, we eschewed the Nintendo Switch in favor of a “proudly made in America” Genesis Original Bow, the official bow of the National Archery in the Schools Program. 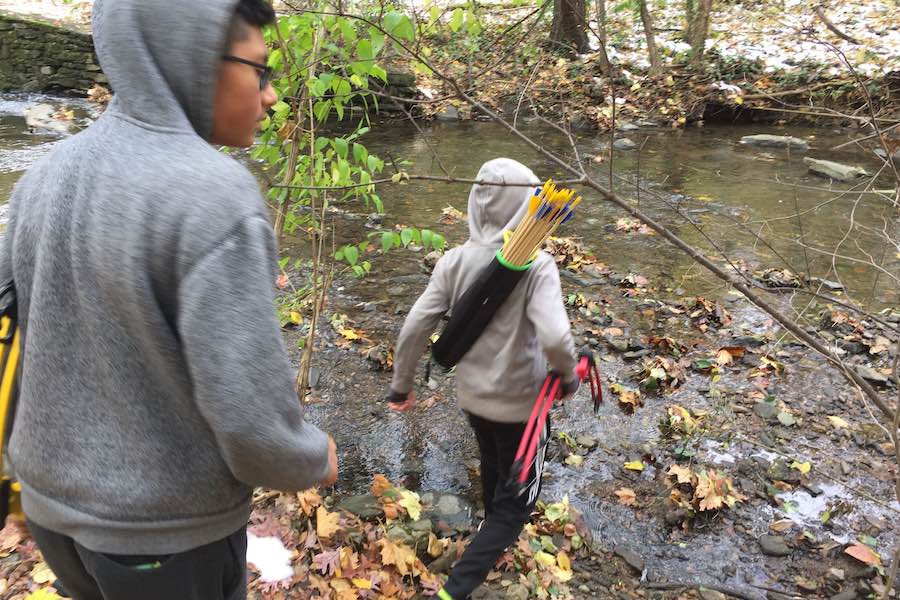 My son and his friend on one of their woodsy archery excursions in Philadelphia.

“Sorry, this item can’t be shipped to your selected address,” is the message that Amazon displayed when I entered my address in the Overbrook section of Philadelphia, less than one mile from the western border of the city.

Amazon offered me one of those “Learn More” links, so I clicked it and got a long list of reasons why Amazon might not deliver an item to a given address.

The link didn’t specifically explain why I can’t get a bow and arrow set shipped to me in Philadelphia, but it did mention that some items are “restricted products” in certain unspecified areas. (Apparently, you can sell human skulls on Amazon but not sperm or human waste, and I was surprised to learn that Amazon does not sell pornography.)

There was also the $21 Bear Archery 1st Shot Bow Set for kids that Amazon wouldn’t deliver to me either.

Curious as to what other items in the bow and arrow realm Amazon won’t ship to Philadelphia, I started searching.

My sister talked about getting my son a slingshot, and actually his archery pal has one, so I pulled up this $9.98 Basune wooden slingshot, which is described as a “toy” that is appropriate for children. Nope, Amazon won’t send it to me.

Finally, I went into the full-blown toy realm, the kid of thing a kid might use on Halloween or for general play. Amazon won’t ship me the oh-so-menacing $9.99 Play Kreative Western Toy Cowboy Gun and Holster Set with Sheriff Badge and Belt or the $13.20 Toysmith Wild West Cap Gun.

Meanwhile, when I checked addresses in nearby towns — from Narberth to Havertown to Camden — Amazon had no problem shipping to any of them.

I asked Amazon to explain why I have to send my son’s bow and arrow to my friend in Havertown, which is exactly what I’m doing (I feel a little like the people who use a friend’s address in Lower Merion so their kids can go to better schools), and they declined to comment. But it appears that the company’s policy against shipping the aforementioned items to Philadelphia is based, at least in part, on the city’s laws.

What I didn’t realize before starting my search is that many toy guns are illegal in Philadelphia, thanks to a law sponsored by Councilman Kenyatta Johnson in 2014.

The reasoning was that some toy guns might be mistaken for real guns, despite the fact that companies now sell brightly colored toy guns and those with blaze-orange plastic plugs at the end of the barrel.

Even those, if they look too realistic, are illegal to sell in Philadelphia, and it’s also illegal to “possess or use” them. That’s right — your six-year-old kid could already be breaking laws.

Here are two toy gun sets that Amazon will not ship to Philly: 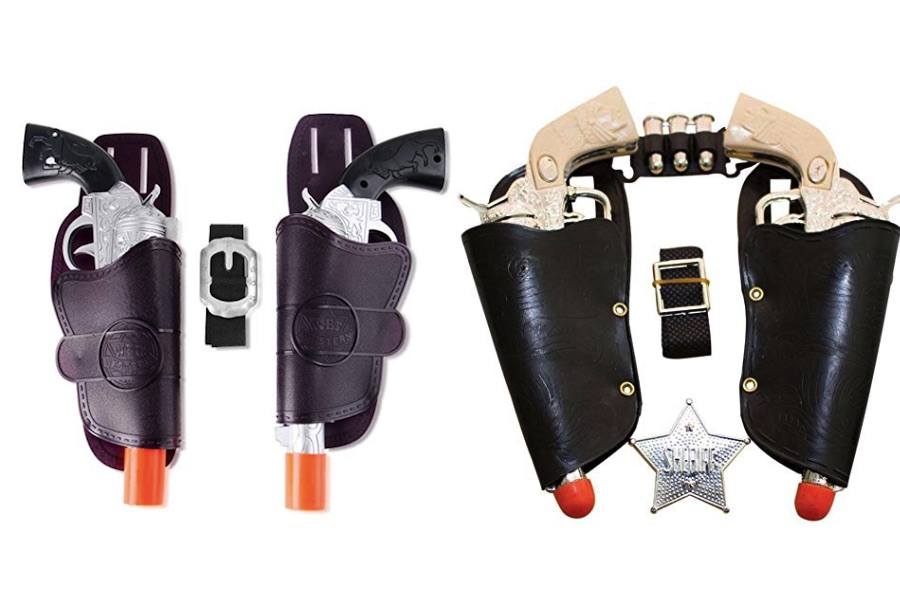 The city code doesn’t specifically mention slingshots, but there is a ban on selling (or owning or using) “any implement … which forcefully impels a pellet of any kind.” I can’t find anything that would restrict the sale of a blowgun.

As for the bow and arrow, the law doesn’t seem to prohibit the possession or use of archery equipment, but you can’t sell a bow to anybody under the age of 21 unless you have written parental consent. That’s right: we’ll ship you off to Afghanistan and stick a machine gun in your hand, but mommy has to sign for your bow until you’re of legal drinking age. Bizarre.

Notably, Amazon won’t ship me a replica of an English flintlock pistol, even though the Philly code makes specific exemptions for non-firing replica weapons from that era. And Amazon will mail me all sorts of perfectly deadly swords and absolutely crazy-looking knives.

And so, this holiday season, as you snuggle at home with your family in front of the fireplace, drinking hot cocoa and eating pizzelles, you can all feel safer in your homes knowing that I have to drive a couple of miles to pick up my son’s bow and arrow in Delco. Happy holidays!