Election Day in Philly: All Signs Point to High Voter Turnout (So Far)

“At all of the polling places that I’ve visited this morning, the election turnout was heavy,” says City Commissioner Al Schmidt. 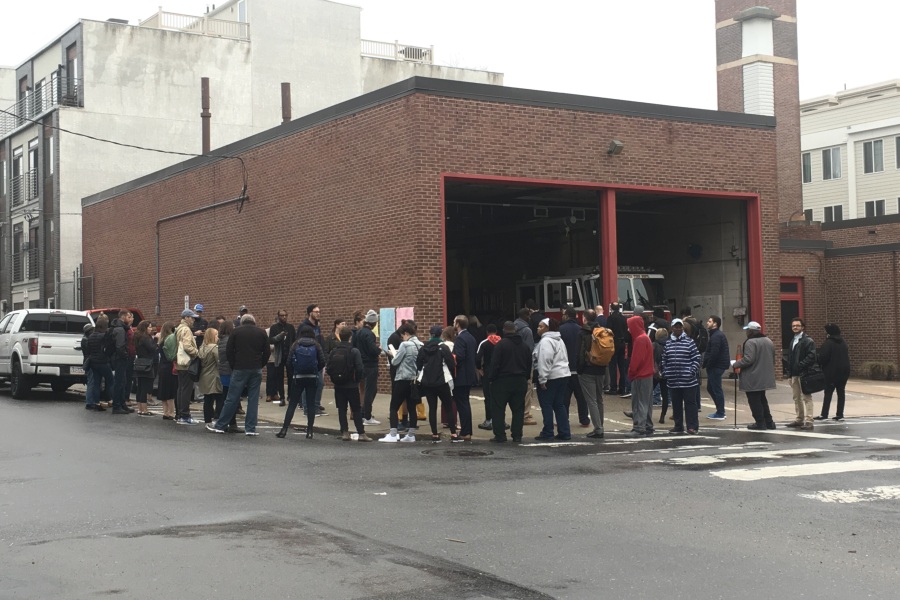 All signs are pointing to strong voter turnout on Tuesday for the 2018 midterm election.

Using data from his tracker, Tannen estimated that as of 1:15 p.m. on Tuesday, 269,027 people had voted across the city. Compare that 2014 midterm election turnout, which — at the end of the day — came in at 381,503. If Tannen’s early afternoon estimate is accurate (he calculated the figure with 95 percent confidence interval), we’re well above halfway to 2014 turnout with the majority of election day ahead of us. (Reminder: Polls close at 8 p.m.)

Tannen elaborates on how the tracker works in a few blog posts, but here’s the quick version: Residents across the city voluntarily submit three data points to the tracker — their ward and division, the time they voted, and their voter number at their precinct. Then, Tannen uses a few fancy algorithms to estimate overall turnout. Obviously, the estimation gets better as more people participate. You can do so here.

1:00 Results: Voting has clearly slowed during the work day/rain. 254,000 projected voters on 626 submissions!

And we have submissions from 45 wards! pic.twitter.com/1dJG1OaIZB

“At all of the polling places that I’ve visited this morning, the election turnout was heavy,” Schmidt said.

He noted that 1 p.m. is still fairly early in the day — and he added that we can’t yet be sure whether more people are showing up to vote or whether election excitement has spurred usual voters to show up earlier.

“You never really know until the polls close,” Schmidt said. “But anecdotally, every place I’ve visited today has quoted what feels like presidential-level turnout of 60 percent. That would be astounding. Normally turnout in a gubernatorial election is around 40 percent.”

Given the day’s torrential rains, the signs of unusually high turnout make us hopeful. We’ll keep you posted as the day progresses.

Greeting voters on Ogontz Ave. Gotta love the rain! Get out and #vote! pic.twitter.com/gOMAXGlc0e