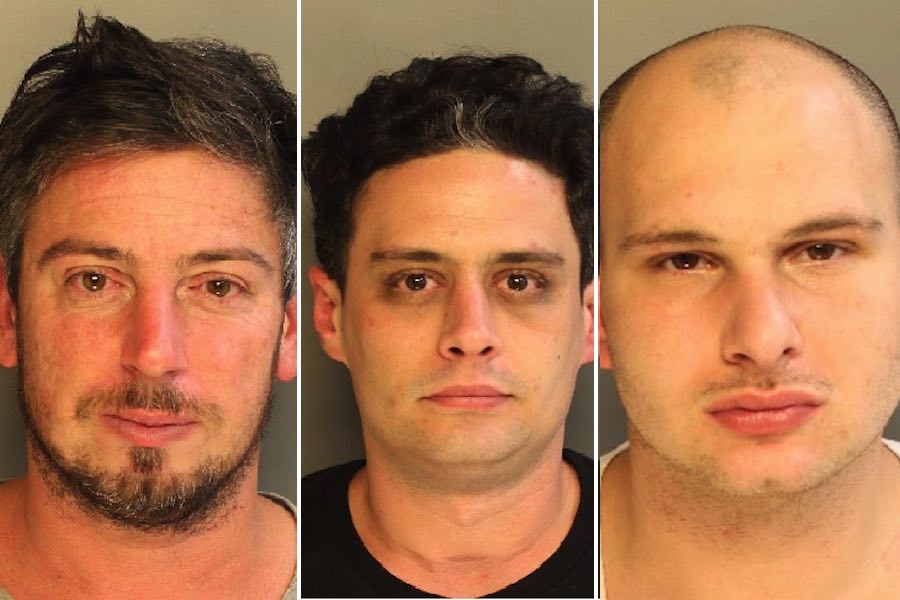 There was a time when a certain type of South Philly guy would spend his productive hours casing tractor-trailers and delivery trucks to score truckloads of cigarettes that would then be sold on the black market. But, this being 2018 and cigarettes not being particularly socially acceptable, we’ve moved onto iPhones.

The Philadelphia Police Department has arrested three South Philly men, alleging that they were behind schemes to steal $100,000 in iPhones and other cell phone devices. And it turns out that two of the three men were very well known to the police department. But more on that later.

Christian Cirigliano, 39; Salvatore Fritticci, 32; and Robert Nagy, 30 — all from the Lower Moyamensing section of South Philadelphia — have been arrested and charged with criminal conspiracy and burglary, among other offenses.

Police say that it all began back on September 23rd, when the cops were called out to the big UPS facility on Oregon Avenue on a report of a burglary. According to investigators, the burglars drilled a hole through a glass door in the rear of the building, allowing them to unlock the deadbolt from the inside. Then they allegedly stole 28 Apple and Samsung devices, valued at about $30,000. In the ensuing investigation, police developed two suspects and believed that a 1999 Nissan Maxima was involved in the heist.

Then, this past Sunday at around 2:45 a.m., police were again called to the same UPS facility. There, they found numerous empty boxes that had once contained cell phones. After the first burglary, UPS had set up new video surveillance cameras, and on Sunday, police were able to review footage that showed three men, including two who the cops believed were involved in the September burglary.

Meanwhile, detectives working the case in the early morning hours on Sunday came upon what they believed to be the same Nissan Maxima from the September heist. It was sitting unattended, its engine running, near 9th Street and Snyder Avenue. Police staked out the location and waited.

Eventually, say investigators, three men matching the descriptions from the video earlier that night got into the car and began driving west on Snyder Avenue towards Broad Street, and police pulled them over. Inside the car, police say they found two large black trash bags containing 42 unopened Apple iPhone XS phones, which were just released in September. And then they say investigators were directed to a fence line, where 34 additional Apple devices were recovered. Police put the total value of items recovered at $100,000.

While Fritticci is a relative newcomer to Philadelphia’s prosecutorial files, Cirigliano and Nagy have been at it for a while.

Nagy has an arrest history dating back to 2010, including a 2014 felony conviction for a violent robbery, for which he is currently on probation. Most of the charges against Cirigliano over the years (things like drugs and aggravated assault) have been dismissed or withdrawn due to a lack of evidence, but he once pleaded guilty to attempted burglary and possession of an instrument of crime.

Perhaps more interesting is the fact that both Nagy and Cirigliano were key witnesses in cases against cops.

Nagy cooperated with the FBI in its investigation of Christopher Saravello, a Philly police officer who robbed the very drug dealers he was supposed to be arresting. Saravello is expected to be released from federal prison in 2022, and Nagy was actually sentenced to ten months in jail in 2014 for helping Saravello with his shakedowns.

Cirigliano, for his part, testified before a grand jury that was investigating six Philadelphia police officers who were accused of robbing and beating suspected drug dealers. Alas, Cirigliano kept changing his story, and federal prosecutors were forced to withdraw all of the charges that came from his grand jury testimony. The six cops were eventually found not guilty.

Cirigliano, Fritticci, and Nagy have all posted bail and are scheduled for preliminary hearings in November. Their attorneys could not be reached for comment.