Meanwhile, close to half of the registered doctors in the state are in the Philadelphia area. 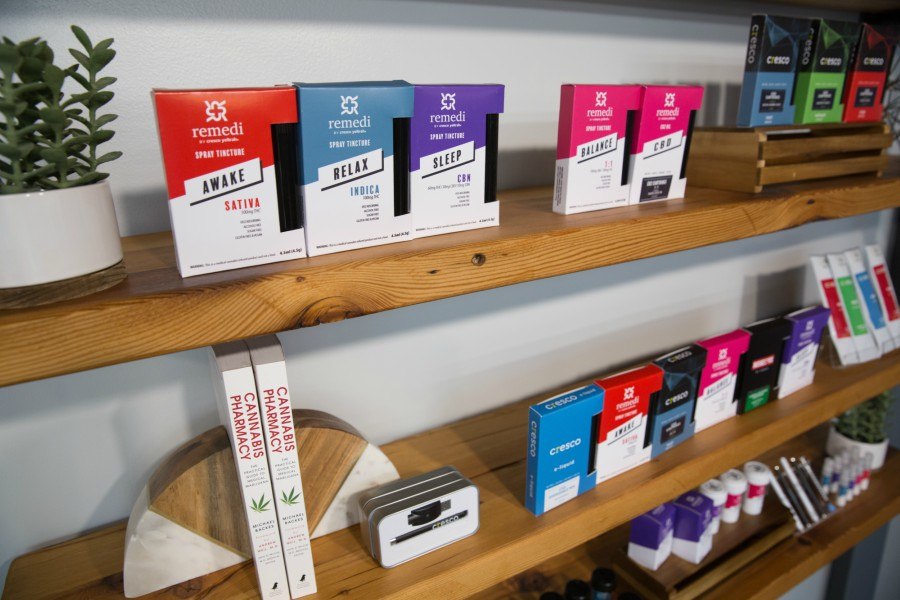 It’s been almost one year since Pennsylvania opened its medical marijuana patient registry, allowing residents to apply for the right to legally obtain medical marijuana for a wide variety of conditions, and we’ve got some numbers from the program’s first year from Pennsylvania’s Department of Health.

“It was such an easy process,” says Amanda, a 25-year-old Delco resident, who asked that we not use her last name. “I had a quick $200 consult with a doctor in Old City, then I paid the state $50 to register, and I got my card three days later.”

Amanda says she was able to get certified by the state for medical marijuana because of a bad back. Doctors prescribed Amanda muscle relaxers, but she says she prefers the medical marijuana products she gets from dispensaries in Abington and Malvern. She uses a CBD tincture, CBD pen and products from Moxie.

“The dispensaries are kind of like spas,” observes Amanda, who visits twice a month and spends $200 to $250 per visit. “They’re so nice in there. It’s kind of like going to the state liquor store. You know you can walk in and get what you need, as opposed to just getting whatever your dealer had that day.”

As Pennsylvania’s medical marijuana patient registry grows, so does the physician pool. Some 1,300 doctors across Pennsylvania have registered for the program, with 830 of those registrations having been approved. (The Department of Health was unable to tell Philly Mag how many patients and doctors have been denied as opposed to simply not processed yet.)

Nearly 50 percent of those on the approved physicians list are in the Philadelphia area, with county physician registrations as follows: Philadelphia, 152; Montgomery, 93; Bucks, 79; Chester, 43; Delaware, 28. (The state was unable to provide a similar county-based breakdown of patients.)

There are 35 operational dispensaries across Pennsylvania, with another 17 soon to open. Dispensaries have provided medical marijuana products to patients more than 150,000 times in Pennsylvania in the last year.

Over the bridge in New Jersey, there are 34,000 patients approved for medical marijuana and 800 doctors participating. Legislators in New Jersey say that they expect to vote on a recreational marijuana bill by the end of 2018.

While Pennsylvania is behind New Jersey in the charge towards recreational marijuana legalization, a 2017 Franklin & Marshall poll shows that 56 percent of registered voters in Pennsylvania are in favor of such a plan.