The FLOTUS will focus on the opioid epidemic while she's here. 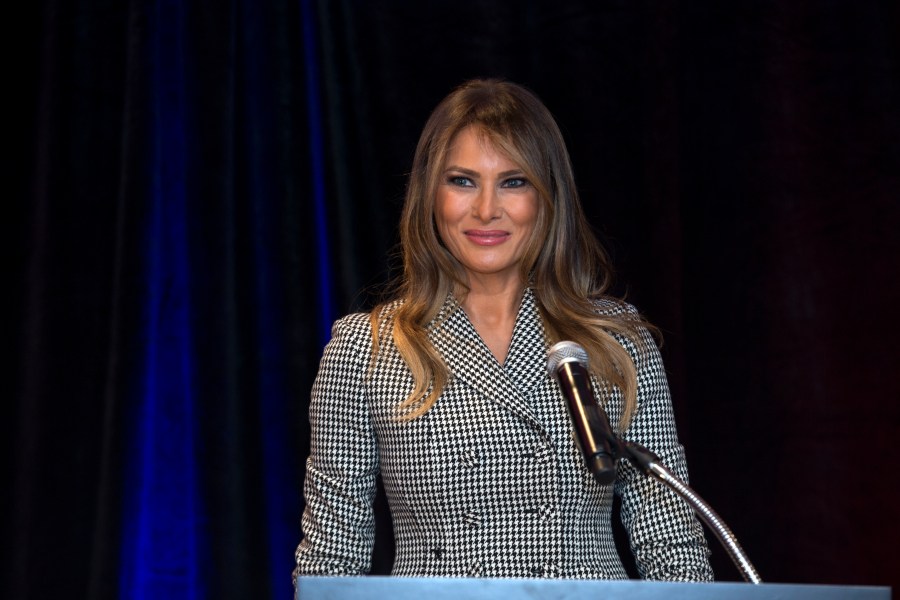 Melania Trump will make an appearance in Philadelphia on Wednesday.

The Associated Press reports that as part of a tour focusing on the opioid epidemic, the First Lady will visit Thomas Jefferson University Hospital to meet with families of children who were exposed to opioids while in the womb.

U.S. Health and Human Services Secretary Alex Azar will reportedly accompany Trump on her visit, during which she will tour a neonatal intensive care nursery.

In May, Trump launched her BE BEST awareness campaign, which is centered around children’s health. The three-pillar initiative focuses specifically on the effects of opioid abuse on infants and unborn babies. Trump has visited several hospitals as part of the campaign.

Researchers at Thomas Jefferson Hospital have studied the effects of opioid use in pregnancy, which has increased dramatically over the past decade. The hospital’s Maternal Addiction Treatment Education and Research Program provides treatment services for pregnant and parenting women with opioid use disorders, as well as their children.