The human rights attorney earned a standing ovation for her speech on Friday morning in Center City. 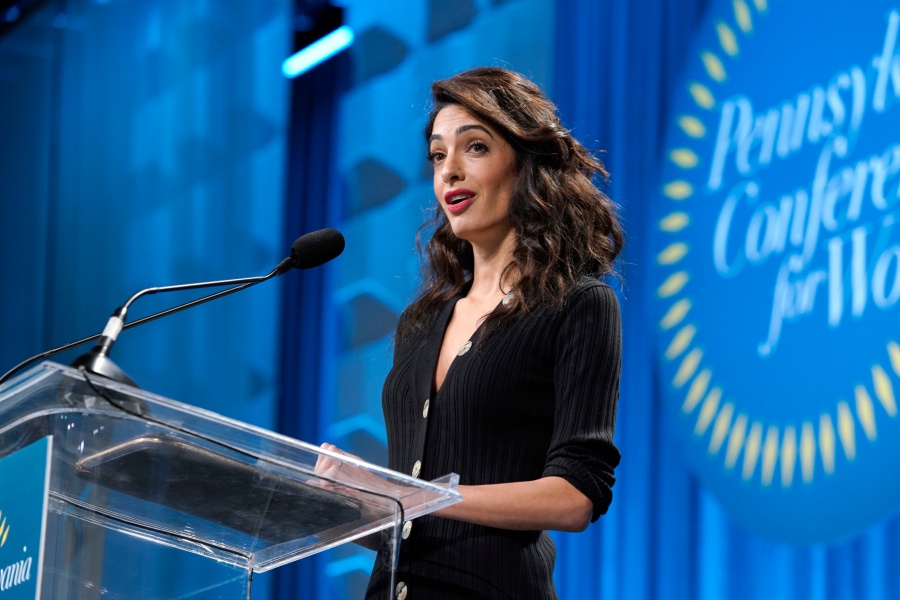 “A president shouldn’t ridicule a woman who courageously comes forward to allege abuse,” Clooney said during the conference in Philadelphia, referring to a speech Trump made in Mississippi earlier this month.

"For too long women have suffered without speaking out or without being believed. In the US, a woman is assaulted every 9 seconds." Amal Clooney #PennWomen

During Trump’s Mississippi address on October 2nd, days after Ford testified that then-U.S. Supreme Court nominee Brett Kavanaugh attempted to sexually assault her in the ’80s, Trump imitated Ford, acting as if she hadn’t responded to the very questions that she had, in fact, answered during her testimony.

In reality, Ford provided details about the alleged attack, including when she said it occurred (the summer of 1982), as well as where (in an upstairs bedroom of a home in the Bethesda, Maryland area.) Factcheck.org broke down Trump’s claims versus Ford’s actual testimony.

Clooney, a human rights attorney and wife of actor George Clooney, received a standing ovation after her speech at the conference inside the Pennsylvania Convention Center in Center City. She also addressed the larger #MeToo movement during her talk, calling it “a defining moment in the struggle for women’s rights.”

"MeToo should mean that those in power are listening." Amal Clooney #PennWomen

“We are living through a moment of reckoning and a rebalancing of power,” Clooney said during her speech. “There is still much for us to do. Still, I am optimistic.”

Clooney has condemned Trump before: In 2016, she spoke out against what she considered the then-presidential nominee’s anti-Muslim rhetoric.

The sold-out Pennsylvania Conference for Women, the largest event of its kind in the tri-state area, began at 7 a.m. on Friday and will run through 5 p.m.