Can a Play Make Sense of Trump Voters? 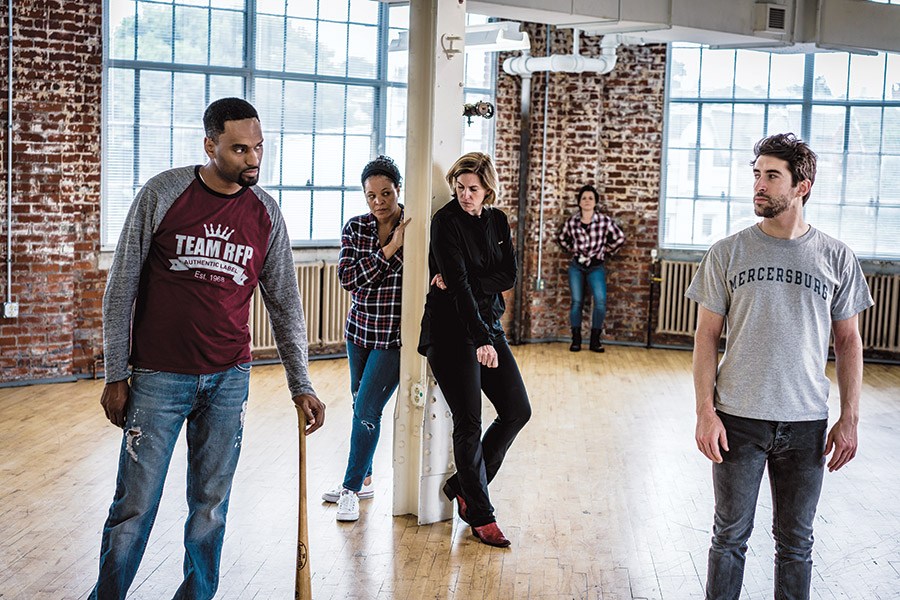 Reading, that well-past-its-prime town just over an hour northwest of Center City, has probably never struck you as the setting for the next great work of American theater. But it turned out to be the perfect muse for New York-based playwright Lynn Nottage, whose 2017 Pulitzer winner Sweat opens Philadelphia Theatre Company’s 44th anniversary season this month.

Deemed “the first theatrical landmark of the Trump era” by the New Yorker last year, Sweat takes place mostly inside a blue-collar steelworker bar. One character, a black customer, gets a management job at the local factory, beating out a white customer. This begets racial tension. But that racial tension becomes something else entirely when the factory begins laying off workers — black and white — and shipping all those jobs to Mexico. This doesn’t work out so well for an employee of the bar who’s from Colombia. Sure, that’s thousands of miles from Mexico, but same difference to these bitter barflies. Violence ensues.

If this sounds like an examination of America after Trump’s rise to power, it is — but accidentally. Nottage, the only woman to win two Pulitzers for drama, began researching and writing before Trump was a candidate, spending nearly three years in Reading, talking to locals.

But as the New Yorker noted in its profile of Nottage, the play winds up answering questions a lot of us were wondering on Election Night 2016: Who the hell are the people who voted for Trump?! Are they all crazy? Sure, some of them are. (I know a few.) But others are vulnerable people, the products of a system that has failed them. And Nottage manages to make the audience feel for them in an unexpected way.

As part of that New Yorker story, Nottage returned to Reading with journalist Michael Schulman after Sweat’s Broadway debut in New York. She revisited her old haunts and talked to some of the same people, including those who wound up voting for Trump.

“When you come and you hear these stories, you feel incredibly guilty,” Nottage said. “That’s the reason I wanted to come back. You can’t just run away.”

Published as “Who Art Thou, Trump Voter?” in the October 2018 issue of Philadelphia magazine.