The Philly rocker on ad-libbing, outrunning the Parking Authority, and his latest collection of woozy, boozy jams. 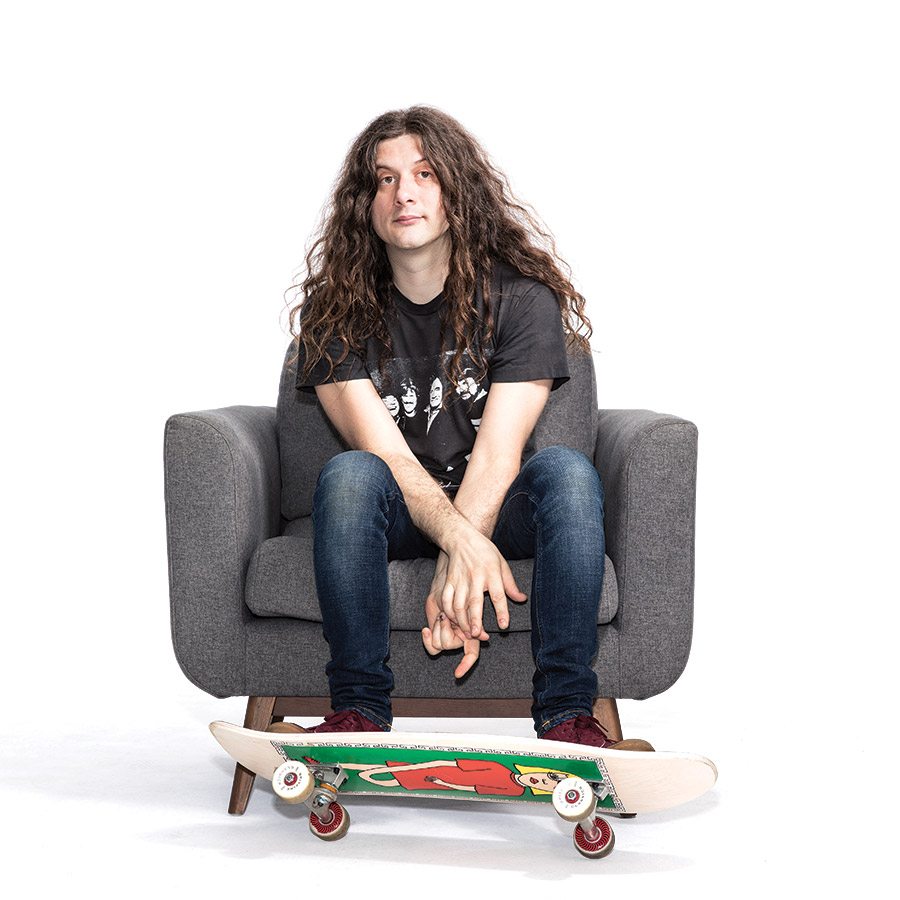 I see you’re wearing a Highwaymen shirt. You do a cover of Charlie Rich’s “Rollin’ with the Flow” on your new album. I guess you’ve got country on your mind.
I grew up reading all the rock bios, and they’re all awesome, but once you get to the country dudes — they’re way crazier. You can’t fuck with them. They just can play. A lot of rock-and-roll is a bunch of posing, you know?

That Charlie Rich song really fits your punch-drunk, laid-back aesthetic.
It had that kind of swagger that I wanted to try. We just shaved a little bit of the cheese off. And added our own, I guess.

You’ve worked with an impressive range of artists. Who’s left on your bucket list?
I would definitely love to play some kind of music with Neil Young. I’ve met him multiple times. I played with his backing band, Promise of the Real, recently, and that was awesome. They backed me up on a couple jams on Willie Nelson’s ranch.

You grew up around here, and you recently moved from Northern Liberties to Mount Airy. Are you a Philly lifer?
I’m all about my roots, you know. I like the idea of owning multiple houses in multiple places, but I’d have to get rich first.

What’s it like to be one of the few living Philadelphians with a mural?
I can be jokingly cocky about it, or I can just feel proud. It’s an awesome mural.

Do you feel like a rock star?
I know I’m some form of a rock star, but it’s not like Guns N’ Roses or something. There’s a new kind of rock star.

The video for “Loading Zones” stars actor Kevin Corrigan and musician Matt Korvette as hapless meter readers trying to ticket your car all over Philly. Think the PPA will appreciate it?
If they have any sort of sense of humor, they will. Either way, it’s a statement. And you know, it’s not like “Cop Killer” or something.

Is the song based on experience?
Well, Northern Liberties is pretty brutal nowadays. That’s part of why we had to move — because of the condos, the overbuilding. They really gotta do something about that parking scenario in Northern Liberties.

Your brother Paul has become a minor celebrity for his guerrilla business selling Jell-O shots outside music festivals and is the subject of a forthcoming documentary. Are you ready for “Jelloman” to become a household name?
I don’t think he’s gonna be a household name [laughs], but I’m ready for something. I’m ready for him to go to jail. Or not. Either one.

You’re known as a funny guy, and you proved it with your improv work on Portlandia, where you played Carrie Brownstein’s live-in roadie.
I’m really proud of Portlandia. That was, for me, the closest to being who I want to be. A natural, kind of understated, deadpan funny guy.

What would you do with your own live-in roadie?
Anything that involved sitting down and writing to somebody, they could take care of it. And they could open my beers, the way I did for Carrie. They could finish building my studio.

You used to record all of your music at home.
Yeah, I’m trying to get my technical chops back. That’s why the roadie would be helpful. We could record together.

Sounds like you need another Kurt Vile.
I don’t think anybody needs that.

Published as “Kurt Vile Loves His Country” in the October 2018 issue of Philadelphia magazine.