"I came forward with my story because I believe that we, the healthcare community, need to determine how to ensure that women who bear children are treated equally, and with respect," says Dr. Kaede Ota, who has obtained a $500,000 judgment against CHOP. 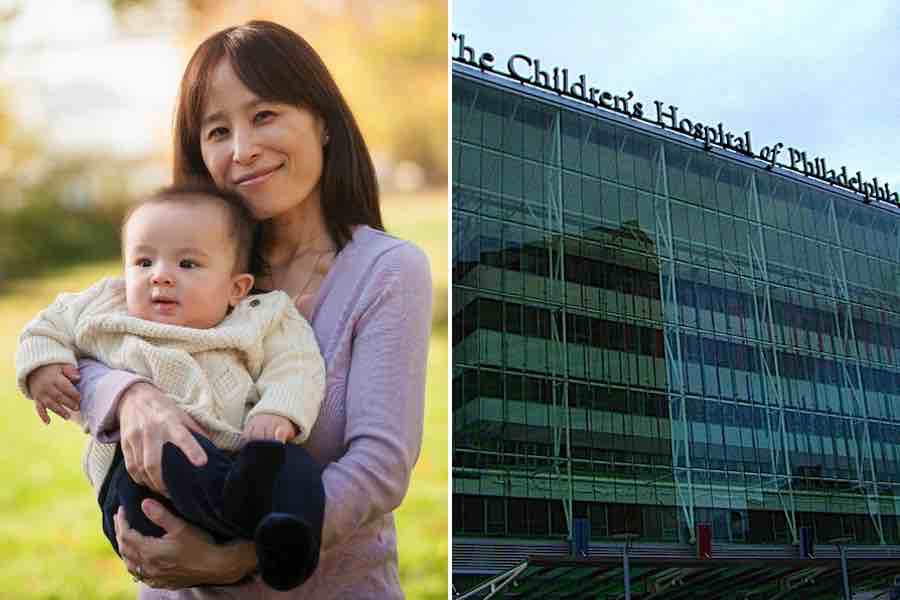 Back in April, we told you about former Children’s Hospital of Philadelphia (CHOP) doctor Kaede Ota, who filed a pregnancy discrimination lawsuit against CHOP. Well, Ota just scored a $500,000 judgment against the hospital.

Ota, who lives in Queen Village, said in her pregnancy discrimination lawsuit that things started to go downhill for her at CHOP in October 2014, after she announced that she was pregnant and intended to go on maternity leave.

Prior to that time, claims the suit, she had glowing reviews. But after her pregnancy announcement, Ota, who was the director of the Clinical Microbiology Lab at CHOP, said that her supervisor, CHOP pathologist-in-chief Robert Doms, literally gave her the silent treatment for a month. Then, the suit alleged, Doms became more and more angry with her and “mocked and ridiculed” her in front of her coworkers.

After she left for maternity leave, Ota alleged that she was harassed multiple times by a different male manager at CHOP via email, and she says that she was told that the manager had attacked a female colleague while at work. Once Ota returned from maternity leave, she filed a written report about these allegations. She had also previously reported to CHOP management that she felt that she was being mistreated due to her pregnancy.

According to the suit, Doms responded by slashing her usual bonus and merit increase. She complained, and then Doms allegedly demoted her. Ota’s salary took a nosedive from $215,000 to $67,000, and Doms also placed her on administrative leave.

In light of this treatment, Ota says she was forced to resign, and she went on to take a teaching job at Temple. Before filing her pregnancy discrimination lawsuit against CHOP, Ota filed a complaint with the EEOC, which issued her a right-to-sue letter.

The outcome of Ota’s pregnancy discrimination lawsuit is unusual. Most cases like this are settled out of court, and the terms are kept confidential. But federal law allows a defendant to make what is known as an offer of judgment. The legal maneuver is, according to this litigation website, “a risk-shifting tool designed to encourage settlements in civil litigation — in essence, it serves to penalize a plaintiff who refuses to accept a reasonable settlement offer by making him responsible for all ‘costs’ incurred after the date on which the offer was made.”

Unlike a confidential settlement agreement, the offer of judgment is public, and Ota’s attorney told Philly Mag that Ota wouldn’t have accepted it otherwise.

“This judgment stands in stark contrast to situations where companies pay settlements that require strict confidentiality agreements and allow discrimination to be swept under the rug,” read a statement from Console Mattiacci Law, the firm representing Ota. “By demanding a publicly filed judgment, victims of discrimination can expose those who have abused their power and, hopefully, help prevent the next employee from being victimized.”

But in a statement released to Philly Mag, CHOP was quick to point out that the judgment isn’t exactly a big win for Ota and her allegations.

“The judgment does not represent a decision on the merits of the case by a judge or jury,” read the statement, “nor does it reflect admission of any wrongdoing.”

Ota’s pregnancy discrimination lawsuit also named as a defendant the University of Pennsylvania, which is very closely linked to CHOP, and the suit remains ongoing against the school.

But Ota seems happy with the outcome of the case thus far.

“This is an important win for all physician moms who have experienced discrimination in the workplace or have faced backlash when they raised concerns,” Ota says. “I came forward with my story because I believe that we, the healthcare community, need to determine how to ensure that women who bear children are treated equally, and with respect. My hope is that this win will mobilize our community toward this end.”