Abraham El, who has also worked in Philly schools teaching positive hip-hop to kids, was attacked on Thursday night by a group of men. One suspect has been arrested, but police have yet to recover El's gear. 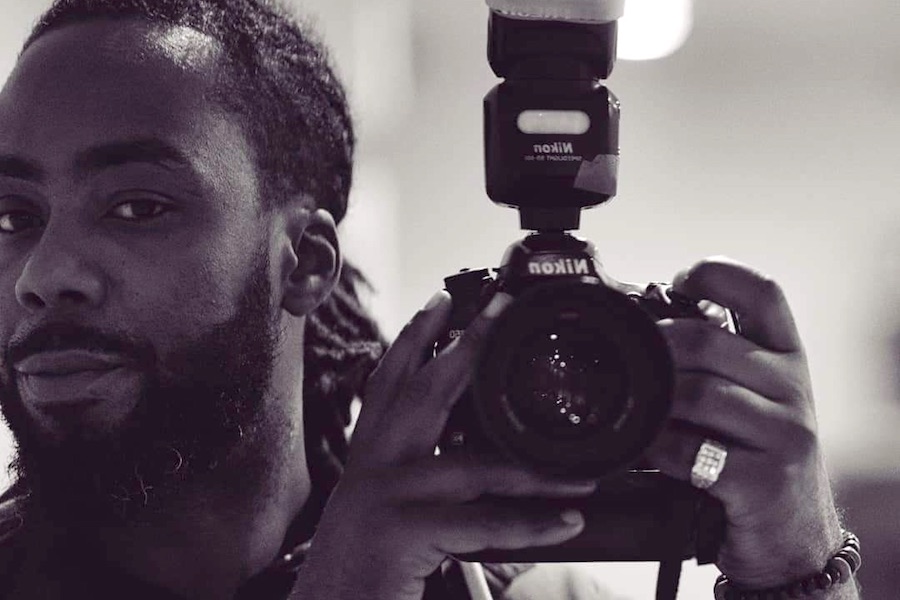 Philly photographer Abraham El and his camera, which was stolen during an attack last Thursday.

Last Thursday night started out as a normal evening for Philadelphia-based event photographer Abraham El, better known as Brother I.B. After finishing up a photography gig for a Friends of the Wissahickon event in East Falls, he hopped an Uber to 12th and Vine streets, because he was planning on shooting an event at NOTO, the club located there. But once he arrived, his night took a not-so-normal turn.

The 38-year-old Southwest Philadelphia father of three says he was too early for the NOTO party, so he decided to walk to a nearby convenience store to grab a few things. On his way back to NOTO, he cut down Pearl Street, which is where he encountered a group of men with bad intents.

According to El, one of the men approached him and wanted El to buy a loosie from them — a loosie is a single cigarette sold on the street, for those of you who don’t get into the city much.

El says he gave the man his $20 and waited for change. But the change wasn’t coming, of course. El says he complained, and the other men started getting involved.

“They told me I was burnt,” El recalls. “And they told me to get off the block.”

El says he continued to request his change, and that’s when things got physical. He claims that one of the men punched him and the others joined in, punching and kicking him and ripping his camera bag off of his body.

“They stomped me out,” El says. 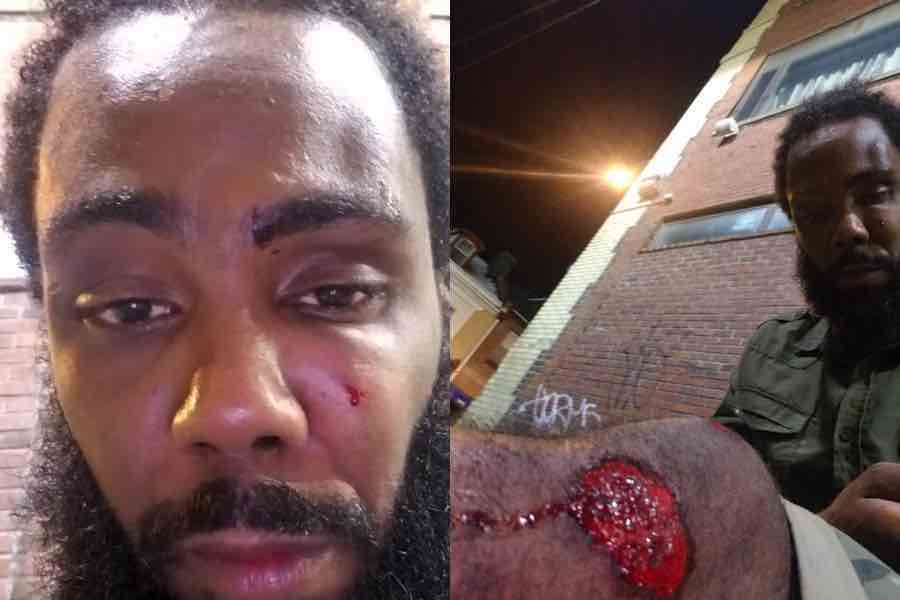 Now, most people would probably just run the hell away at that point, but El says he fought back and demanded the return of his camera bag. After all, photography is how El makes a living these days, and his main camera, a Nikon D750, and all of his lenses were in that bag.

“They kept yelling at me to get off the block,” says El.

He says he offered to get some money and buy the bag back from them, but they wouldn’t budge. Then, he said he wouldn’t call the cops if they just handed it back to him. But the answer was no. So he walked to a safer distance away, down at the end of the block, and called 911.

Police quickly responded to the scene and arrested a 44-year-old man, whom El says was the main aggressor. No other arrests were immediately made, and El says that police have yet to recover his equipment.

“I already had to cancel three gigs,” El laments.

On Sunday, El started a GoFundMe campaign to raise the money he needs to replace his equipment. He’s asking for $2,500, which would probably just cover replacements for the camera and all his lenses and other accessories, and as of Monday morning, nearly $2,200 had already been donated.

When we spoke to El on Monday morning, he said he has a black eye and that his ribs are very sore. He hasn’t visited a doctor, because, you know, medical costs. And he also told us that he’s having second thoughts about pressing charges.

You see, El had his own run-ins with the law back when he was a teenager. But then he became a part of AmeriCorps’ much-praised City Year program.

“It completely changed my life,” he observes, going on to say that the men who attacked him might not have had the same opportunities.

Instead of occupying his time with the streets and crime, El turned to his love of photography and hip-hop. At a town-hall meeting about youth crime at City Hall in 2000, El called on hip-hop artists to turn out less negative material.

“We really do need to get it back on a positive note,” El said at that meeting, according to an Inquirer article from that time. “The more negative you are, the more money it brings, the more airplay it brings. It’s really getting ridiculous.”

And then, once he realized the negativity wasn’t going anywhere, El took matters into his own hands and began teaching positive hip-hop skills to Philly public school kids at after-school programs.

El says he had to recently put a pause on his activities with the kids thanks to a seizure disorder he’s still trying to figure out. So for now, it’s photography all the time, and right now, he really just wants to get back to work.