5 Philly Artists You Need to See This Fall

From dance to theater to rock, these are the names to watch. 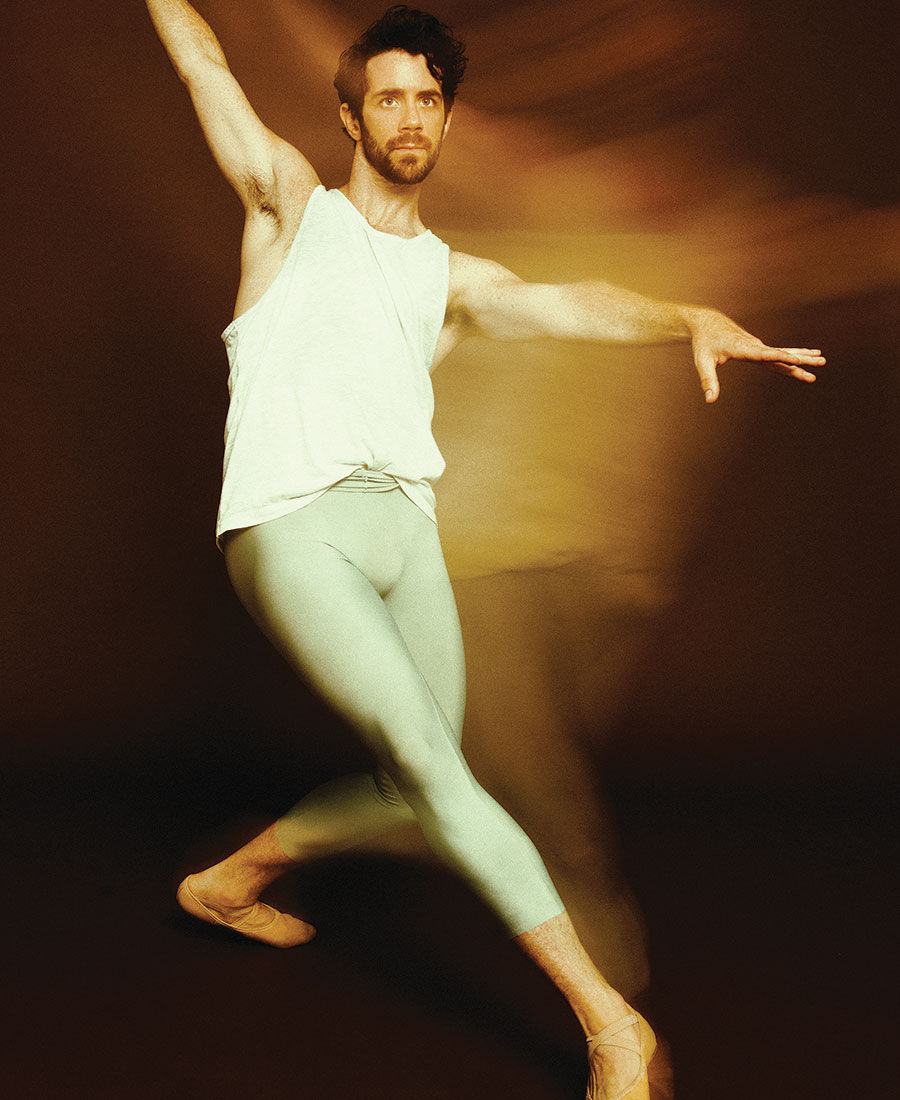 Why ballet: The Nutcracker, of course. “December 1993, at the Academy of Music. I saw it and knew I wanted to do ballet. Well, I actually wanted to be a figure skater at first, but I got free tuition to ballet school, so … ”

Whether ballet is as grueling as it seems: “Yes. It hurts. A lot. And I’ve been doing it for more than 20 years at this point.”

Favorite movie about dance: “Well, I’m a bit biased toward Black Swan because I’m actually in it and share screen time with Natalie Portman, but otherwise The Turning Point, with Shirley MacLaine and Anne Bancroft.”

Where he loves to dance with friends: “DJ Deejay at Silk City on Saturday nights. I love when he plays old-school disco.” 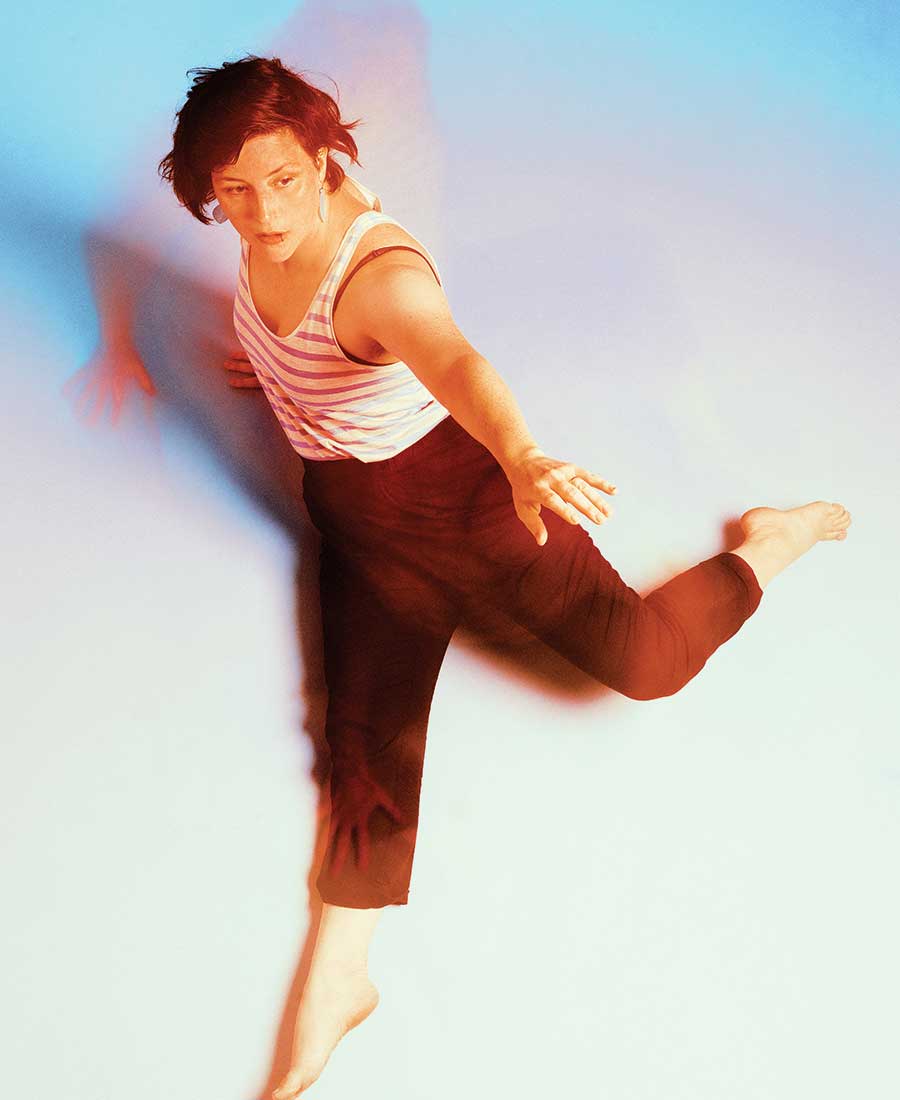 Onstage: The 36-year-old South Philly mother — and D.C.-area native — presents her dance performance The undergird (September 13th through 16th at Icebox Project Space) as part of the FringeArts festival. The seven-years-in-the-making show is about her relationship with mortality.

Career path: She wanted to become either a surgeon or a choreographer.

Weirdest day job: Standardized patient, which she’s been doing for years. “I’m a medical actor for doctors testing for exams. I pretend to be a patient with specific symptoms and get examined physically by 12 doctors a day. It’s a very … unique experience.”

How becoming a parent has changed her: “I was doing highly physical and psychedelic research in the studio. I would go to these wild places. But after I had my son, Cadence, three years ago, I had to create a lot of boundaries between dance space and parenting space.” 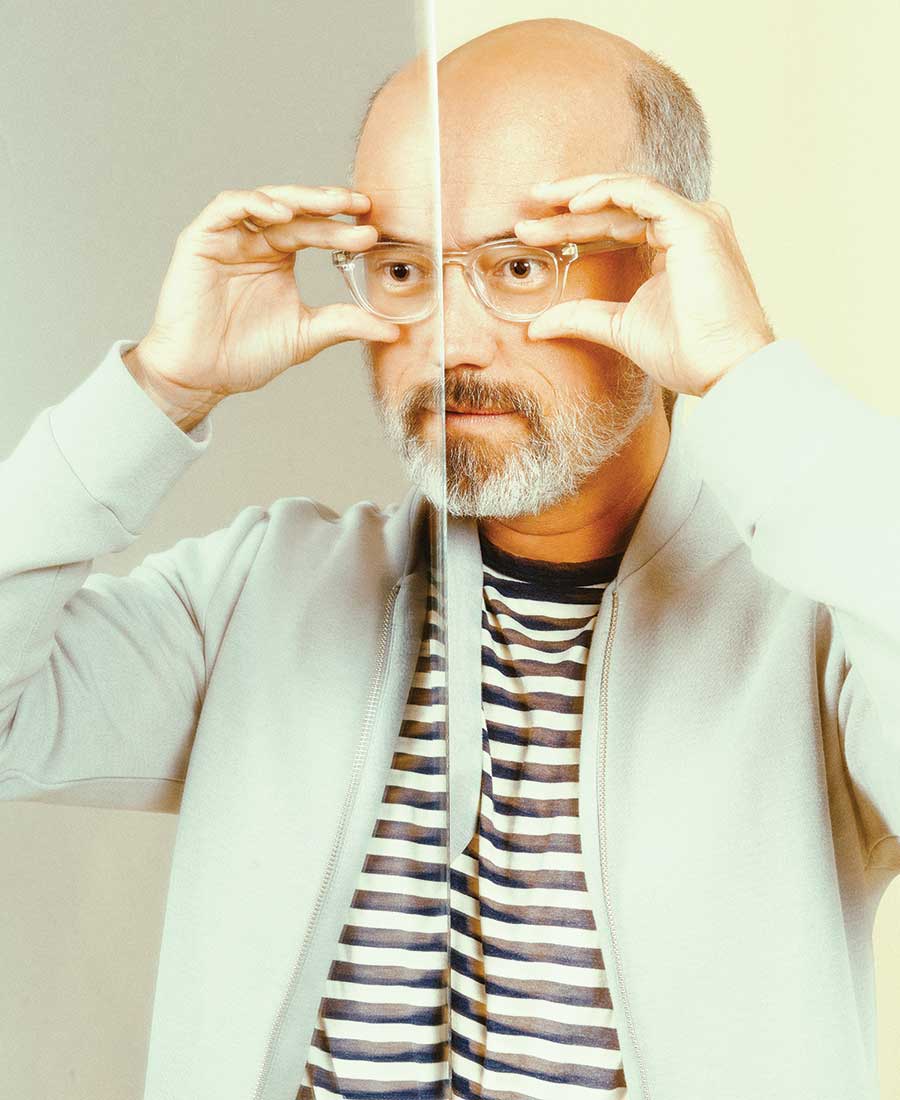 Onstage: He’s only lived in Philly for two years, but Lyford, 45, has performed in many a FringeArts show here, and this year, he’s back with The Accountant (September 6th through 9th at Christ Church), which is all about taking stock of one’s life. Notably, his 11-year-old daughter is in it, too.

First role: “I’m a military kid, and when we lived on a military base in Japan, I did this adaptation of The Wizard of Oz where I played the Wizard, and Dorothy and all the other characters kept knocking on my door, and then I sang the Men at Work song that goes, ‘Who can it be knocking at my door?’”

Why he moved here from New York: Lyford lived in Philly about 20 years ago with his now-wife Suli Holum, a very successful theater performer in her own right. “We had five deaths in the family in a row, and we needed a new moment. We just felt it was time to reboot.”

Next up: “We’re going to work on Elephant Room 2, a sequel to our Fringe show Elephant Room, which was our absurdist take on the world of magicians. For that one, we did the magic show in my mom’s basement. For this one, we’ll be in outer space.” 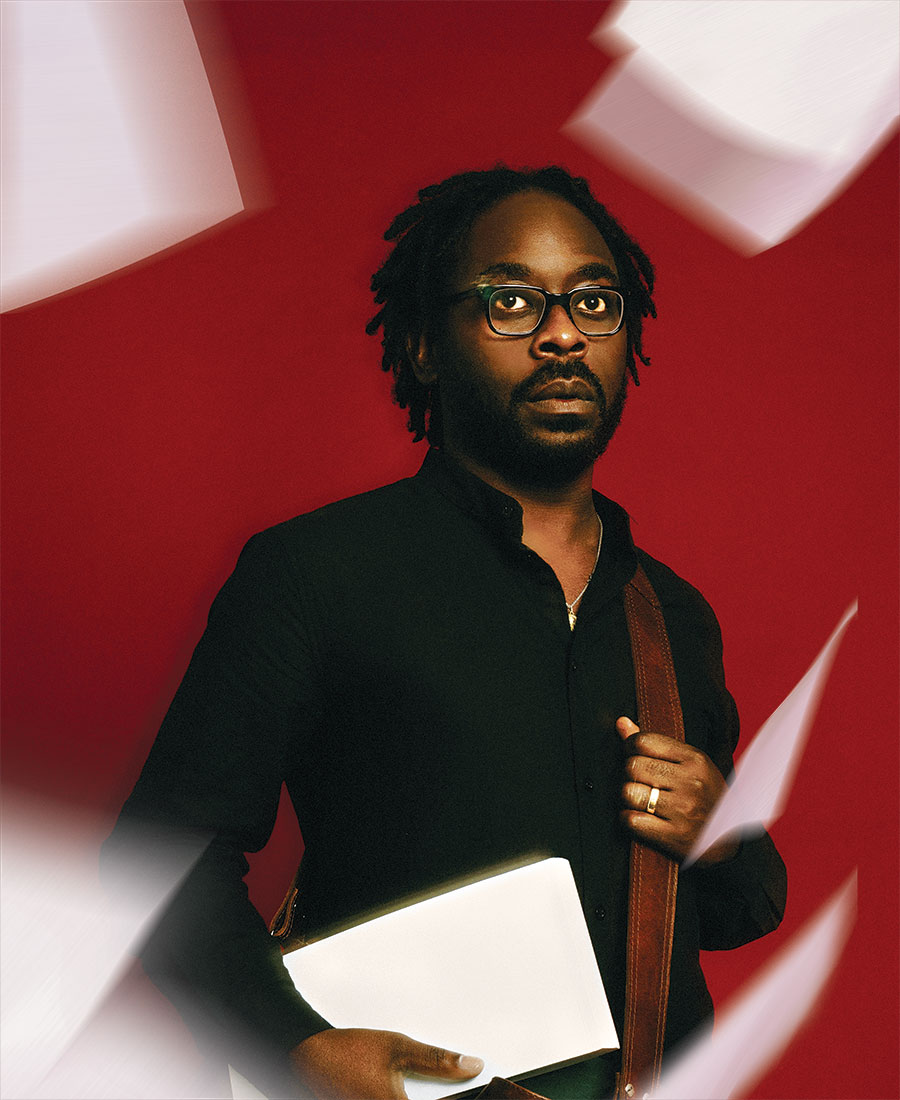 Onstage: The prestigious and daring Wilma Theater kicks off its season with founder Blanka Zizka directing Ijames’s latest work, Kill Move Paradise (September 4th through 23rd), which the 37-year-old writer crafted in response to the killing of young black men in the United States.

First play he wrote: “My grandmother asked me to write this play for church when I was 13. It was awful.” What he does when he’s not writing plays: Acts, for one. He’ll be in Theatre Exile’s Completeness (November 29th through December 23rd). And teaches future theater talents at Villanova.

Why he’s stayed in Philly: The 4th-and-Wolf homeowner originally came here to go to grad school at Temple in 2003, and he’s never left. “I’ve gotten to do a lot of work here with a lot of great people, I fell in love while I was here, I started making really good friends, and I wound up making a home here without even realizing it was happening.” 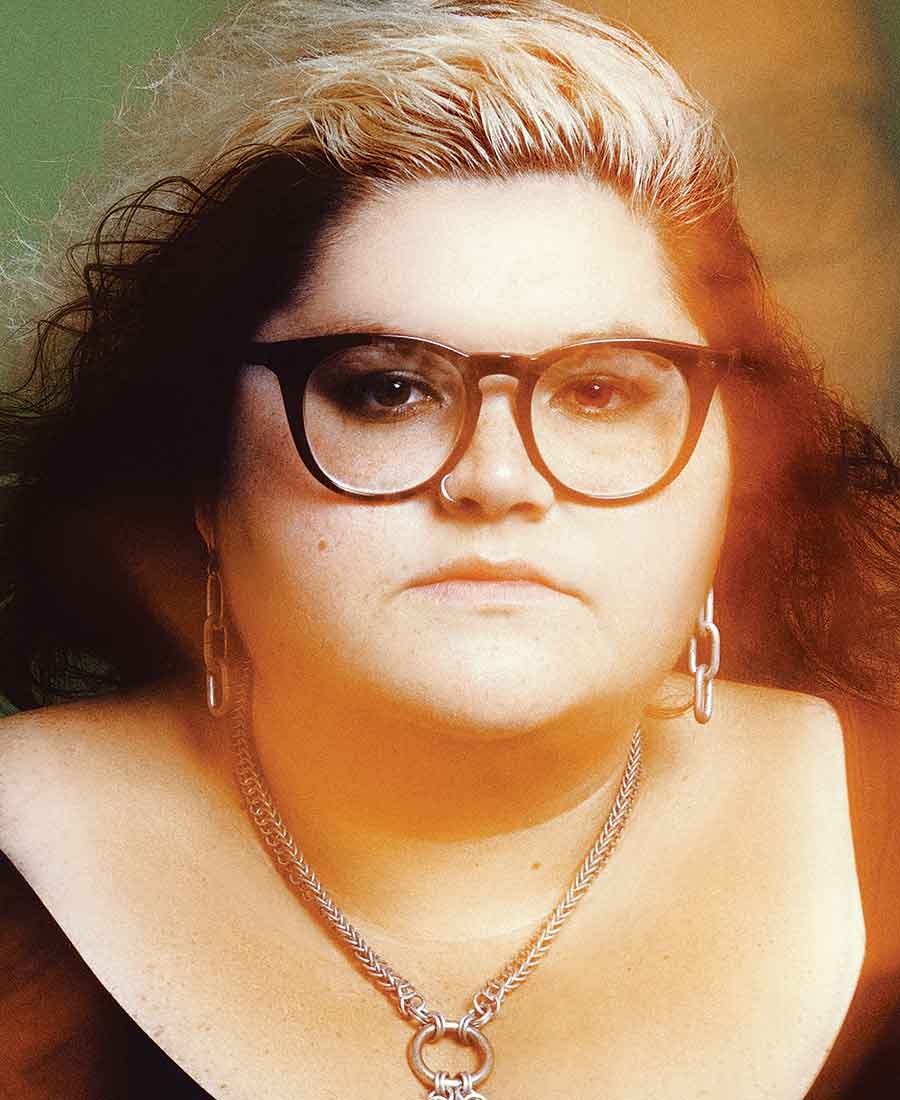 Furthest she’s performed from Philly: Australia and New Zealand on a 2016 tour, in advance of Sheer Mag’s first full-length album, Need to Feel Your Love. “And we’re going on a tour of Japan this month.”

How she pays the bills: Music. “I can’t imagine having time to do anything else. This is a full-time job. Writing. Recording. Touring. Plus, we have our own label and do it all ourselves.”

What she was listening to in 10th grade: “I remember this Sum 41 video came on, and the people I was hanging out with told me I should be in the video. Fuck this — I don’t want to hang around with these people anymore. So I started going to emo shows. And I’ve liked the Dead Milkmen since I was in fourth grade.”

How her weight affects her career in the biz: “I get treated differently. I see how fat people and women are treated. You feel invisible in different worlds. I should probably speak out more about it, but even just existing in a world where it’s pretty much white men is resistance in itself.”

Next album release: Possibly in 2019. “We try not to put too many deadlines on ourselves. We’re writing now. It’s kind of disjointed. It’s complicated the way we do it.”

How she gets through touring: “It can be exhausting. And you can feel lonely and isolated. But it can also be absurdly fun.”

» See also: The 20 Best Shows in Philly This Fall

Published as a part of “Fall Arts Preview: Turn Off the Netflix” in the September 2018 issue of Philadelphia magazine.