The District Attorney’s Office says the driver who collided with Julian Angelucci while he was riding his bicycle was not acting with criminal negligence when she “did what’s called a rolling stop” in May. 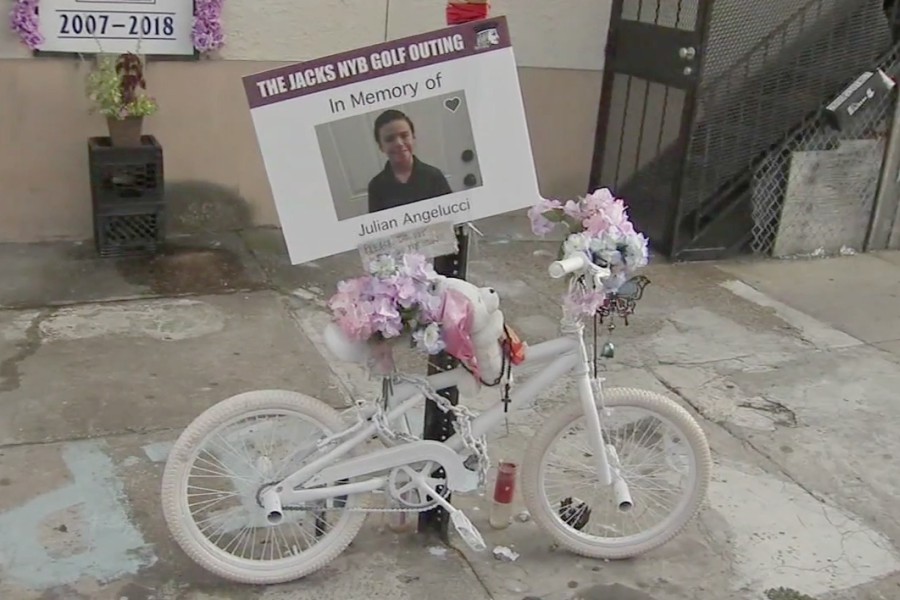 The Philadelphia District Attorney’s Office has decided not to press charges against the driver who fatally collided with an 11-year-old bicyclist in South Philadelphia in May.

Anthony Voci, chief of homicide at the District Attorney’s Office, said prosecutors have determined that the incident “is a tragedy, but … not a crime,” according to 6ABC.

At the time, the driver of the SUV was traveling westbound on Shunk at 21 mph in a 25-mph zone, according to a speed analysis conducted by the District Attorney’s Office.

Voci told 6ABC that the driver “did what’s called a rolling stop through the intersection and Julian is coming down the sidewalk.”

“He comes off the sidewalk, and he does not stop before he enters Shunk Street,” Voci said.

While some news outlets originally reported the incident as a hit-and-run, officials said that aerial footage shows the driver present at the accident scene. Plus, they said, cellphone data shows that she called 911 several times.

In a statement, the District Attorney’s Office called the boy’s death “tragic” and said it “extends its condolences to his entire family.”

“Over the last 90 days, the office has undertaken a thorough review of the evidence to see if it met the legal threshold to file charges,” the office said in a statement. “It does not. Our office reviewed the testimony of multiple eyewitnesses, traffic patterns, video evidence, more than a dozen cell phone calls, cell phone location plotting, and multiple 911 calls. They also reviewed a highly technical speed analysis of the incident from the Philadelphia Police Department, made a comprehensive search for additional video evidence, and created a timeline of events leading up to and following the accident.”

Still, along with Julian’s mother, bicycling advocates have criticized the decision not to file charges, blaming what Voci referred to as a “rolling stop” in the incident.

They didn’t prosecute because @phillypolice and @philadao believe that the “Philly Roll” through a stop sign is too prevalent. Let that sink in. Illegal dangerous maneuver is forgivable because everyone does it. https://t.co/HZrhHwgxum

Ben Waxman, a spokesperson for the District Attorney’s Office, defended the decision on Twitter on Friday, noting that rolling a stop sign is not considered criminal negligence under the law.

The short answer is that simply rolling a stop sign is not criminal negligence. It is negligence. But that doesn't rise to criminal charges. The law says it has to be negligence plus another factor, like texting or drinking or being high. That's the law.