The Mayor, the Rapist, and the Fear of the Sanctuary City

Is Jim Kenney’s staunch defense of Philly’s sanctuary city status really creating a public safety crisis, or is the outrage against him just a 21st-century Willie Horton moment? We take a look at the data. 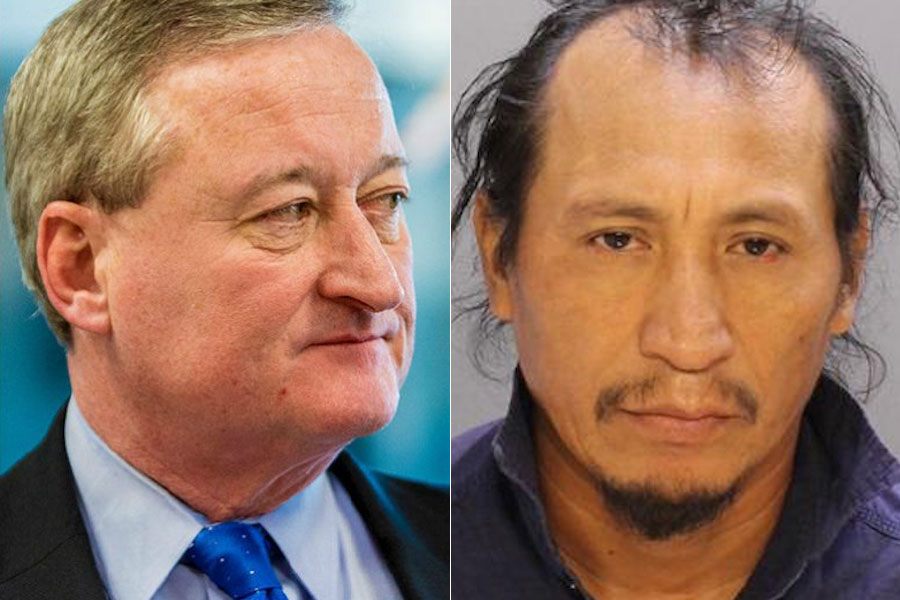 Last week, Mayor Jim Kenney became Public Enemy Number One of the anti-sanctuary city alt-right, Fox News, columnists like Stu Bykofsky, and even some generally level-headed conservatives when it came to light (again) that Juan Ramon Vasquez, a man in this country illegally, had raped a child after City Hall refused to release him to ICE.

Kenney’s social media handlers were overwhelmed by all the hate, the cries for justice, and the insinuation that Philadelphia was becoming a cesspool of criminal activity committed by people in this country illegally.

Here are just a few of the tweets we saw:

Today is a different World. There are terrorists, rapists and drug dealers coming here illegally. The Constitution requires that the Government protect it's people. Case in point: Mayor Kenney of Philly celebrated his sanctuary city. Yet a 5 year old girl was raped by an illegal

Mayor Jim Kenney has blood on his hands, & it will only get worse! Like the rapist, Kenny stripped a basic need of this undeserving child: to know justice was served! @PhillyMayor https://t.co/SO1NMSklaD 215-686-2181 james.kenney@phila.gov @jimFkenney https://t.co/fMBBMonAZc

Too little too late… This tragedy is further proof that sanctuary cities are a dangerous magnet for violent crime. Radical politicians like @Bob_Casey and Mayor Kenney must be held accountable for protecting illegal activity. https://t.co/yGNjx2XvOb

There were threats against the mayor. There were suggestions that he should be charged with a crime in light of the situation. There were those who lambasted Kenney for the silly dance he was seen on video doing after a federal judge sided with the city and against the Trump administration in a landmark case surrounding the city’s sanctuary city status.

To get a feel for the rhetoric behind all this viral anti-sanctuary city mayhem, you need only look at this Reddit headline, which is pretty indicative of the hundreds of other tweets and comments and Fox New pundits’ statements out there: “Hi I’m Jim Kenney and I allow five year old little girls to be raped in my city.”

It was a perfect example for opponents of sanctuary cities to use to explain what a dangerous thing they are. Never mind that it wasn’t actually Kenney’s City Hall that declined ICE’s detainer request for Juan Ramon Vasquez — it was Michael Nutter’s, in January 2015 — this was propaganda gold.

And, to be sure, the story behind the story is a heartbreaking one.

Ramon Aguirre-Ochoa, a Honduran citizen better known by the alias Juan Ramon Vasquez, was deported from the United States in 2009. He came back, got arrested in Philadelphia, and ICE eventually asked the city to turn him over to them so that they could deport him again, as he was here illegally.

But since Philadelphia is a sanctuary city, City Hall said no. And then, after he got out of jail, Juan Ramon Vasquez raped a child. The details are far too gruesome to even think about. He was sentenced to up to 20 years in a Pennsylvania state prison.

“The facts of this case highlight the danger posed by the City of Philadelphia’s decision to disregard ICE detainers and release previously deported aliens from local custody,” said United States Attorney for the Eastern District of Pennsylvania William McSwain in a statement blasting City Hall.

“Those of us in the law enforcement business should be doing everything in our power to protect vulnerable children from predators like Vasquez. Instead, this defendant received a free pass from the City of Philadelphia and its Department of Prisons, headed straight back into our community, and committed a heinous crime he never would have had the chance to commit had the City of Philadelphia complied with the ICE detainer.”

But when you strip away all the raw emotion, rhetoric and all-caps Internet screaming, what are you really left with?

Not much, it turns out.

According to records obtained by Philadelphia magazine, the sanctuary city policy has not made Philadelphia a “dangerous magnet for violent crime,” as U.S. Senate candidate Lou Barletta claimed in a tweet.

Not in the slightest.

Since January 2016, when Kenney took office — and, again, City Hall’s decision to decline the Vasquez detainer request came before that time — Philadelphia has had 192 people in the custody of police or the city’s Department of Prisons who were also the subject of ICE detainer requests.

Of those 192 arrestees, 164 were released or transferred out of local custody at various times:

That leaves 134 inmates who were released to the streets. So what happened with them? Are they all committing violent crimes, like Juan Ramon Vasquez did?

According to city data through August 13th, 20 of those 134 released inmates have been rearrested within Philadelphia’s limits, for a total of 29 rearrests. (Some of the 20 were arrested more than once since their initial release, hence the rearrests number being higher than number of individuals rearrested. The city does not have data on whether any of them were rearrested in other jurisdictions.)

As for the crimes that those 20 people rearrested in Philadelphia have been accused of, only two involved violence. There was one charge of robbery and one charge of simple assault, a misdemeanor. There were no sexual offenses, says the city. The balance of the charges included things like drug possession, retail theft, receiving stolen property and burglary.

So is our sanctuary city policy leading to a major public safety crisis? No. Based on the data we found, you’re probably safer around somebody released from jail who is in this country illegally in the first place than you are around an American citizen who is let out of the joint.

Another question: Does this anti-sanctuary city propaganda campaign being orchestrated by the alt-right, racists, xenophobes, bots, and scared white men on Twitter using Juan Ramon Vasquez’s brown face seem familiar at all? It sure seems familiar to me.

I was only 14 in 1988, and I don’t remember much at all about the 1988 presidential election other than that the guy married to the lady who was afraid of rap music and heavy metal wanted to be president and that a Ku Klux Klan leader did as well.

But the thing that’s really embedded in my mind’s eye is the image of Willie Horton.

Another person who wanted to be president that year was then-Massachusetts governor Michael Dukakis, who beat out Jesse Jackson, Joe Biden, and the guy married to the anti-rap music lady for the Democratic nomination. Unfortunately for Dukakis, his opponents found out about Horton, who had committed assault, rape and armed robbery while he was temporarily released from jail as part of a Massachusetts inmate furlough program that Dukakis didn’t start but did support.

And so, this chilling ad was put on constant rotation on TV:

It was known as the “Weekend Passes” ad, telling voters that Dukakis was giving weekend passes to bad people to go out and rape women, and it cost Dukakis the election, leaving George H.W. Bush to lead us to the (first) war in Iraq.

Weekend passes. Free passes. The message is the same: fear.