Some found his message — which praised “martyrs … who are persecuted for the love of Christ” — puzzling, while others found it downright infuriating. 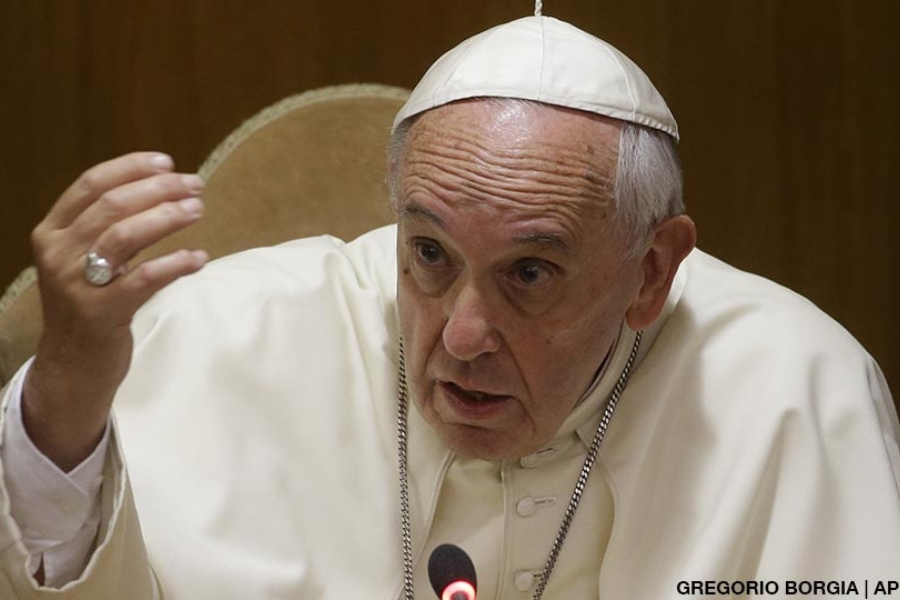 A tweet by Pope Francis on Tuesday, posted only hours before the Pennsylvania Supreme Court released a highly disturbing grand jury investigation into widespread child sexual abuse by Catholic priests in six state dioceses, has prompted some frustrated reactions.

“Still today there are so many martyrs, so many who are persecuted for the love of Christ,” Pope Francis wrote. “They are the real strength of the Church!”

Still today there are so many martyrs, so many who are persecuted for the love of Christ. They are the real strength of the Church!

The report, which is being called the most comprehensive dive by a U.S. state into clergy sex abusers, identifies 301 Catholic clergy members as “predator priests” who, the grand jury says, sexually abused more than 1,000 children while serving in active ministry.

Residents and officials, including Pennsylvania attorney general Josh Shapiro, have asked Pope Francis to weigh in on the report’s findings, including allegations of a systematic sexual abuse cover-up by top church leaders. The report names Pittsburgh bishop Cardinal Donald Wuerl, one of Pope Francis’s U.S. advisers, claiming that while Wuerl reported priests’ abusive behavior to the Vatican, he allowed alleged offenders to continue serving in ministry. Wuerl has denounced those claims.

In Philadelphia (which was not covered in this particular report), Archbishop Charles Chaput released on Tuesday a statement on the investigation, calling it “difficult to read” and “painful for everyone, most especially survivors of sexual abuse and their loved ones.”

“We deeply regret their pain and remain focused on a path toward healing,” Chaput said. “We encourage victims to come forward, and we will continue our extensive efforts to help victims of sexual abuse heal.”

Below are other responses to Francis’s tweet on Tuesday. You can read the full grand jury report here.

Please hold the priests that have molested children accountable. We need to be able to trust our church with our children. As a Catholic I am horrified, please take a stand and make sure they’re not allowed to continue in the priesthood

Papa, so I just read that in the past 70 years over 1,000 children were molested by priests in Pennsylvania and the church covered it up!! It’s so disheartening to keep hearing about this. God demands better from you and your leadership.

What are you doing about the sexual predators the Catholic Church has been hiding away all these years? It’s not enough to accept resignations. These are horrific criminals who must be held accountable and brought to justice.

Do you lump clergy that rape children and get arrested amongst these “persecuted”?

Have you heard the grand jury report in Pennsylvania, concerning 300 priest abusers and over 1000 victims? This is absolutely unbelievable! ALL resources should be used to protect others from Catholic priests!!

Fake pls don't misguide the world into calling them martyrs. These people lure,threaten,scare people, twist and bribe the system/administration. Run pedophile gangs,new born are sold, nuns are tortured in churches. Any u relieve them from saying "FORGIVEN"

How about a clear condemnation of the terrible cases of abuse in the USA by the Pope? Unfortunately we haven't heard anything about this yet…

The church's weakness has been & is, the long term, inefficient weeding out and punishing of all those abusive & evil sexually abusing clergy. More remedial action is urgently needed.

Please speak out about the injustice of children be abused in Pennsylvania. Bring peace to VICTIMS