The former Eagles safety, executive, and fan favorite reflects on his career and looks ahead. 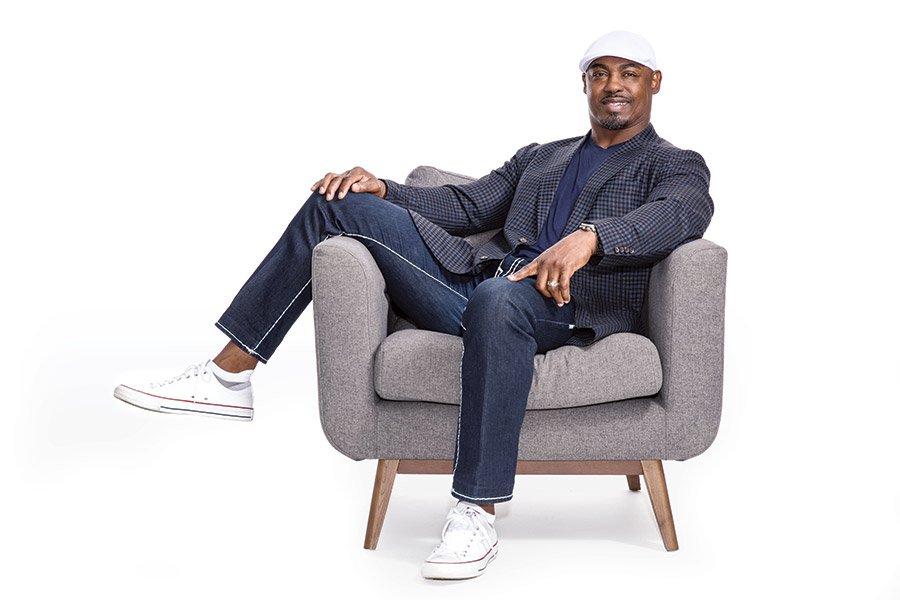 You have a special relationship with Philly fans. Would your career have been different if you’d been drafted by another team?
I don’t know if a coach would have been as into my life as [former Eagles defensive coordinator] Emmitt Thomas was. He never let me settle for average. He never let me settle for good, even. I went through depression when I first got in the NFL. Emmitt was so integral in helping me navigate through that. Getting me to go see a psychiatrist, to be able to control my anger. And I don’t know if I would have had a coach like [the late defensive coordinator] Jim Johnson. Jim just turned me loose — that’s how Weapon X came into existence. But my relationship with the fans? I am who I am. I think that would have played everywhere.

You finally got your Super Bowl ring, but as a member of the front office. How did you navigate that emotionally?
It’s a bittersweet thing. When you win a ring … it’s a joyous occasion, right? Because not everybody can say that. But when you don’t win it as a player, you don’t celebrate that with your teammates. So as much as I love the fact that we won a Super Bowl and this city can celebrate, there’s another part of me that would have loved for that to be with the guys that I went to war with.

You’ve stepped away from the Eagles’ front office. What’s next?
With my company, Brian Dawkins Ventures, motivational speaking will be a significant part of it. But it’s not just about motivational speaking anymore. As you get motivated and as you get excited, I want you to think. My [as-yet-unnamed] foundation will help individuals that have gone through traumatic things in their lives and have come out the other side.

You’ve spoken publicly about CTE and brain injury, noting that physicality will always be a part of the game. Now that your son, Brian Jr., is playing at Clemson, and your nephew, former Colorado State running back Dalyn Dawkins, is pursuing an NFL career, do you view football’s health risks differently?
Brian, my son, has been taught completely different things than I was. There’s going to be risks, but … football has blessed me. I would not be having this conversation with you without football. All I can do is provide — whether it’s my son or my nephew — the things I see that would help them have safer careers.

What can you tell me about your Hall of Fame speech?
I don’t write down speeches. I’m best when I speak from my heart.

You were very vocal on the field. How did you get your voice back after a game day?
Drinking green tea … put a little honey in there. Nothing crazy. It would take at least a day and a half to get my voice back.

As a man of faith, you avoided cursing on the field. Did you ever slip up?
Oh, you definitely slip up. It’s not that I never make a mistake. But I’m going to recognize that I made that mistake and repent for it. Growing up in Jacksonville, we used curse words almost like you’d use “the” and “would.” But then I began to read the Word of God and learned how fresh water and salt water should not come out of the same spring.

Like everyone else, you’re fallible. It’s about how you react to it.
That’s what it is. The ability to recognize one’s mistakes and learn from them is a powerful thing.

Published as “Brian Dawkins Goes Deep” in the August 2018 issue of Philadelphia magazine.