The Best Thing That Happened This Week: Wallace for the Win!
Subscribe
Follow
I'm a scraper
This search result is here to prevent scraping

The Best Thing That Happened This Week: Wallace for the Win! 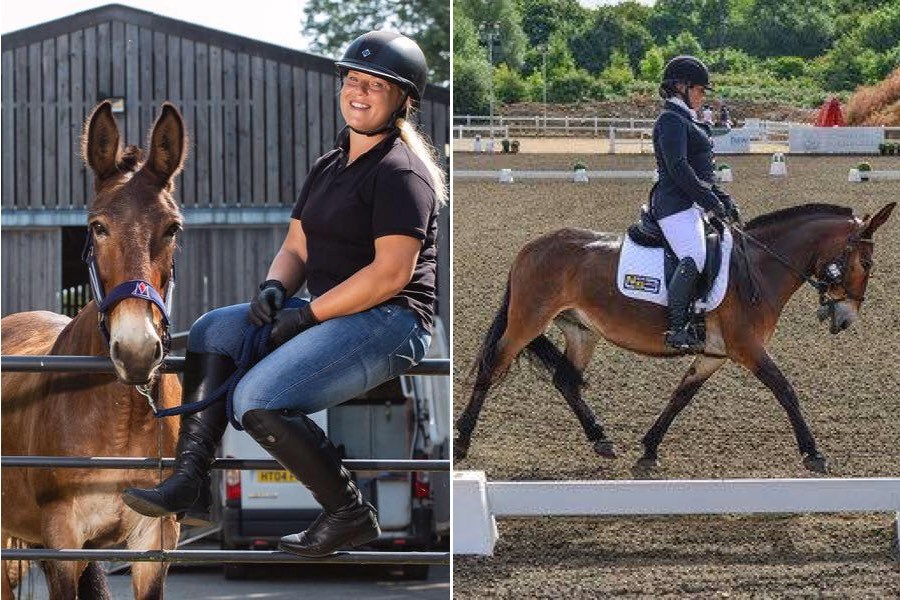 We’re wandering a bit far afield this week, but you’ll understand when you hear about Wallace. Wallace, of Gloucestershire, England, is an 11-year-old rescue mule (he was found abandoned in Ireland) who happens to be very good at dressage, the fancy-dance equestrian event in which participants high-step and do loop-de-loops in response to imperceptible cues from their riders. Alas, the official rules of British Dressage barred Wallace from competitions because as a mule, he’s only, well, half horse. (Daddy was a donkey.) When Wallace’s rider, 30-year-old Christie Mclean, found herself short-saddled after several other mounts went lame, she attempted to enter Wallace in a dressage meet, but was turned down in a flagrant instance of specieism. Not one to ride away in silence, Mclean let her outrage be known, in a quiet, British way. “I think it’s time for the rules to be changed,” she told the Telegraph, pointing out, “We’re not asking for zebras to compete.” She also gave voice to what she considers the ugly reality behind the ban: “Nobody wants to be beaten by a mule.”

The British people, being great animal lovers and also easily distracted from more pressing problems (see: Brexit), promptly rallied behind Wallace (albeit not too close behind; you know mules) and lobbied for a rules change. British Dressage, cowed (sorry) by the crowd, gave in. And in his very first competition, in a striking blow for equine equality, Wallace cantered past a field of eight horses and ponies to a thrillingly mulish victory. Woo-hoo, Wallace! Everybody, follow Wallace on Facebook at @domyearslookbiginthis!