N.J. Radio Hosts Off the Air After “Turban Man” Comments

NJ101.5’s Dennis and Judi have been called “abhorrent and xenophobic” for their insulting reference to the state’s Sikh American attorney general, Gurbir Grewal. 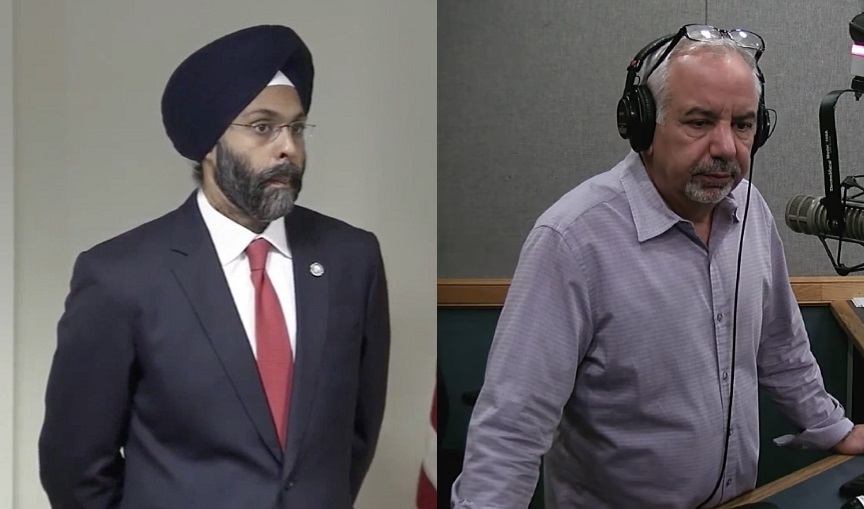 Gurbir S. Grewal, who was appointed by Gov. Phil Murphy in January, is the first Sikh American attorney general in the country.

The radio station said in a tweet that the hosts’ comments are under investigation.

“We are aware of the offensive comments made by Dennis and Judi during today’s broadcast,” the station wrote. “We have taken immediate action and have taken them off the air until further notice. We are investigating the matter and will have further comment shortly.”

The hosts of the “Dennis & Judi” midday show were discussing Grewal’s recent decision to suspend court cases for low-level marijuana possession until September while the state wrestles with the idea of legalization. Malloy said he couldn’t remember Grewal’s name, and said, “I’m just going to say the guy with the turban.” The pair referred to him numerous times as “Turban Man” after that.

An audio clip made the rounds on social media in short order.

“Is that highly offensive?” Malloy asks in the clip. “If you called me baseball hat man, and I was in a culture where nobody wore baseball hats […] should I be offended?”

Grewal reacted to the remarks early Thursday on Twitter:

.@nj1015: My name, for the record, is Gurbir Grewal. I’m the 61st Attorney General of NJ. I’m a Sikh American. I have 3 daughters. And yesterday, I told them to turn off the radio.

Gov. Phil Murphy responded to the hosts’ comments Wednesday night, calling them “abhorrent and xenophobic.” Murphy said he was “outraged” after hearing the duo’s glib reference to the AG.

Malloy, in the moment, seemed aware that his comment would receive backlash.

“Listen, if that offends you, then don’t wear the turban and I’ll remember your name,” he said.